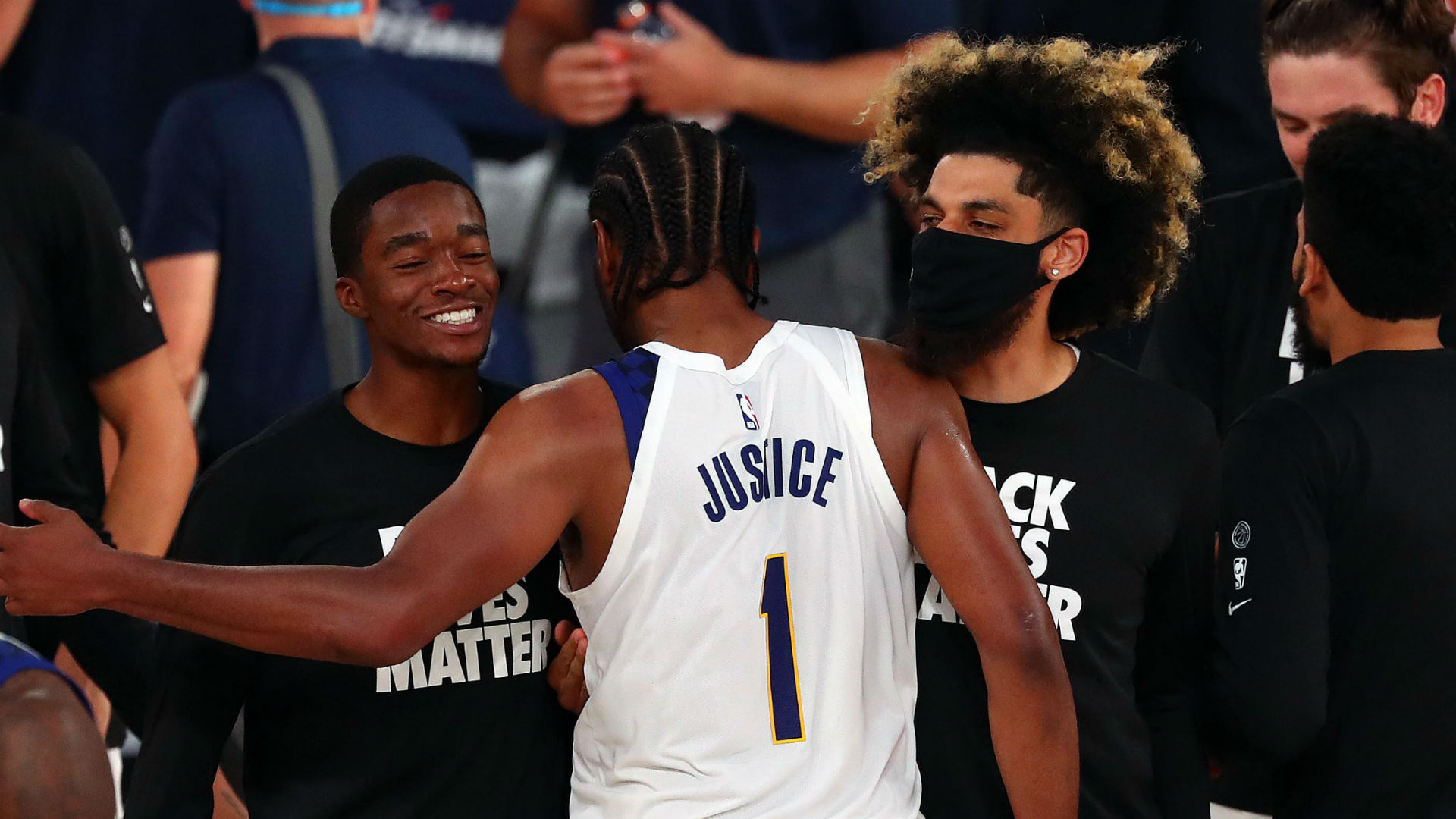 TJ Warren's 53-point display 'one of those special nights'


TJ Warren admitted he had "one of those special nights" as his career-best 53 points led the Indiana Pacers past the Philadelphia 76ers.

The 26-year-old, who had never previously scored more than 40 points in his six-year NBA career, had the hot hand in Orlando, pouring in nine three-pointers to tie a franchise record.

Only three other players had previously scored 50-plus points for the Pacers - Reggie Miller, Jermaine O'Neal and Billy Knight - as Warren made the most of an opportunity afforded to him by some Indiana injuries.

"I play a lot of basketball. When I'm at home with my friends, when I'm playing pickup games, anywhere," Warren said, in quotes reported by ESPN.

"I'm just born to be a hooper so just me coming out here, just playing the way I play and playing my game, being aggressive.

"It doesn't matter the environment, you've just got to come with it every game. Every game I feel anxious and nervous at the same time but it's full of excitement. Tonight was one of those special nights."

While Warren's performance may have raised eyebrows for many outside the Pacers organisation, his team-mates felt such a display was in keeping with the man they see in practice.

"TJ Warren [has] been scoring his whole life. Since his AAU days to NC State," Victor Oladipo added.

"Getting to know him, playing here, he was born to get buckets so it's no surprise to any of us that he was able to do what he did.

"It's great to have him on our team. It was amazing to watch and we're all happy for him. That was incredible. Things like that don't happen often."