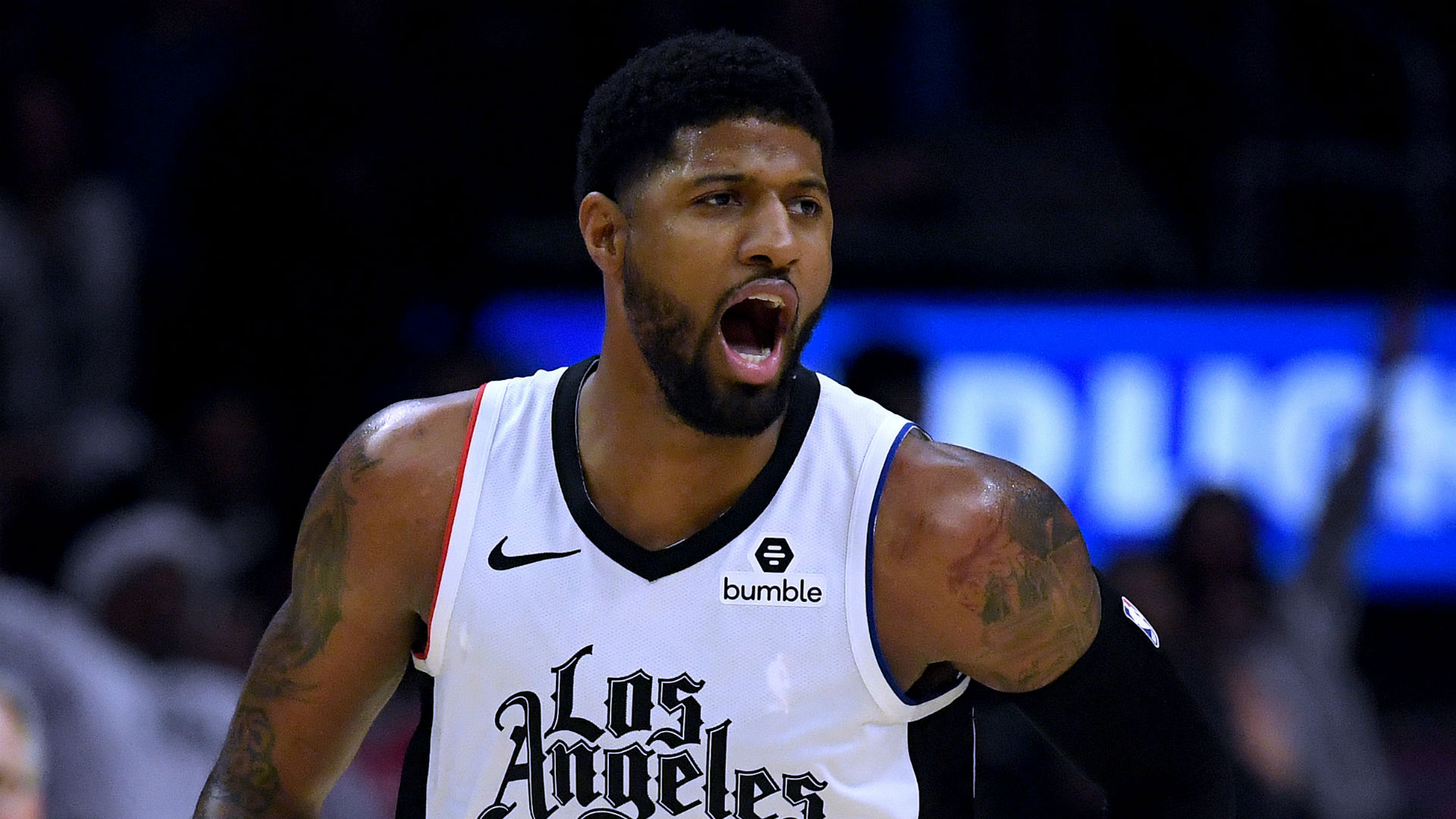 George under Doc's orders to rest after suffering hamstring injury


Doc Rivers is concerned Paul George could face another spell on the sidelines after suffering a recurrence of a hamstring injury during the Los Angeles Clippers' defeat to the Boston Celtics.

George did not emerge for the second half of a 141-133 double-overtime loss at TD Garden on Thursday.

The guard missed 10 NBA matches last month with a hamstring problem and Clippers head coach Rivers fears he may be without the guard again after the All-Star break.

"He just told me that he felt his hamstring again," said Rivers. "He said it wasn't bad. I said, 'You shouldn't have told me that'.

"I don't think he wanted to come out. But once you tell me your hamstring, you feel anything, we have an All-Star break coming up, it's a no-brainer for us."

Asked if he was worried about the injury, Rivers replied: "Yeah, I am. I'm a little concerned about that one because that's the second time now, maybe third.

"Listen, I don't know what to do, but I know rest you have to do and we'll see."

Rivers is hoping for a change of fortune with injuries for the remainder of the season, with the Clippers (37-18) well poised in third place in the Western Conference.

"We had a first half of the season where we basically had more starting line-ups than probably anybody in the league. Our record is pretty solid." Rivers added.

"We've got to get healthy. That's going to be the key for us. And then we've got to play multiple games in a row as a group so we can kind of get some continuity.

"But other than that, I love our spirit, I love how we are. We're good."