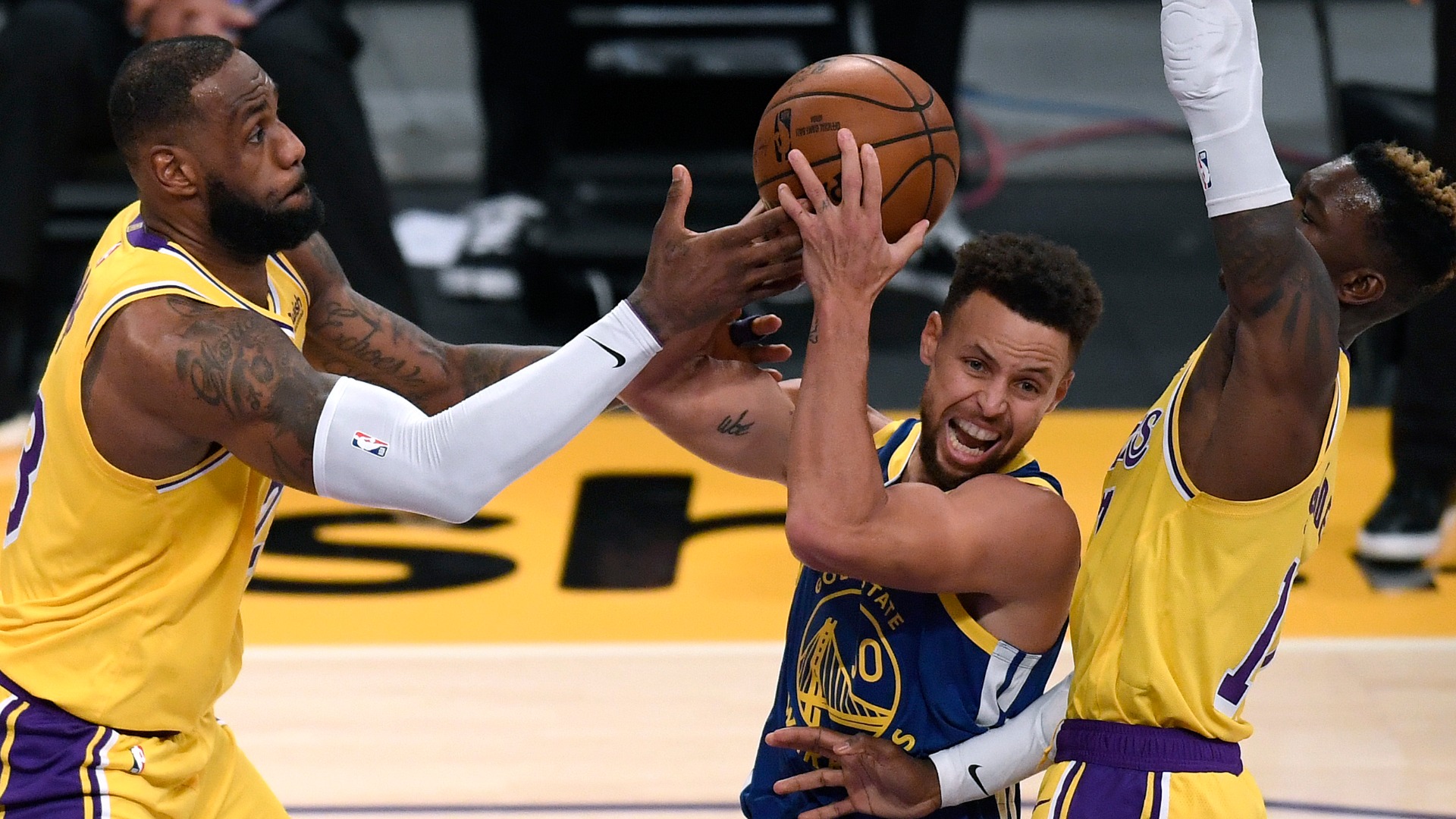 James' Cleveland Cavaliers faced the Warriors in the Finals in consecutive seasons between 2015 and 2018, winning only once as Golden State earned three championships.

James left Cleveland after the Warriors' most recent triumph, though, and his move to the Western Conference with the Los Angeles Lakers means he can no longer face his old rivals in the title decider.

But games between James and Golden State remain blockbuster affairs and they will go at it again on Sunday.

The Lakers swept a threadbare Warriors team in the 2019-20 regular season before James claimed his fourth ring, but Stephen Curry and Golden Stave have already gained revenge once already this year.

And momentum is with the travelling outfit heading into this clash.

As the 23-11 Lakers lost four straight games prior to beating the Portland Trail Blazers on Friday, the continued absence of Anthony Davies appeared the most obvious factor in their poor form.

But that wretched run coincided with Schroder's lay-off due to the league's health and safety protocols. He returned against Portland and scored 22 points, improving his personal record to 23-7 on the year.

20 points and counting in his first game back? pic.twitter.com/TuS5t9zU6c

A Sixth Man of the Year contender last season with the Oklahoma City Thunder, Schroder has started all 30 of his appearances for the Lakers and provided James with some much-needed help on the offensive end.

Schroder, who weighed in with a season-high 25 points in January's defeat to the Warriors, leading LA in scoring, has averaged 14.5 points and 4.2 rebounds this term.

Two-time MVP Curry is putting together another astonishing season, back fit and firing after playing just five games in 2019-20.

He has averaged 29.9 points per game this season, a mark that sits second in the NBA – behind Bradley Beal's 32.8 on a poor Washington Wizards team – and second in Curry's own career, narrowly trailing the 2015-16 campaign (30.1).

A remarkable level of consistency has made Golden State a force again in the west at 19-15 and yet Curry is actually improving as the season goes on.

He has averaged 33.4 points this month, with his lowest return 24 at Indiana, still enough to match the Pacers' top-scoring Malcolm Brogdon.

The 2019-20 season was a forgettable one for the injury-hit Warriors, but Draymond Green is unlikely to have let the third and final game against the Lakers slip from his memory.

Green was ejected for two technical fouls in quick succession, departing after less than 10 minutes of action – his fewest minutes in any of the 12 NBA games he has been ejected from.

the BEST PLAY from each of @Money23Green's 25 career regular-season triple-doubles pic.twitter.com/M3BnLCTdDz

James, a direct opponent in many of those Finals battles, was not involved due to injury but was spotted laughing at his furious rival's misfortune.

Without the distraction of Davis, Green should have the opportunity to go up against James and perhaps serve a reminder of his talents as one of the league's outstanding defensive players of the past decade.

Both teams have had runs as the league's dominant team, but the Lakers boast the superior head-to-head regular-season record, with 255 wins to Golden State's 169.

Since James moved to Los Angeles, they have met eight times, winning four apiece, although the Lakers' main man has only appeared in four of those games.

He has a 3-1 record against the Warriors as a Laker, with the sole defeat the 115-113 reverse earlier this season.