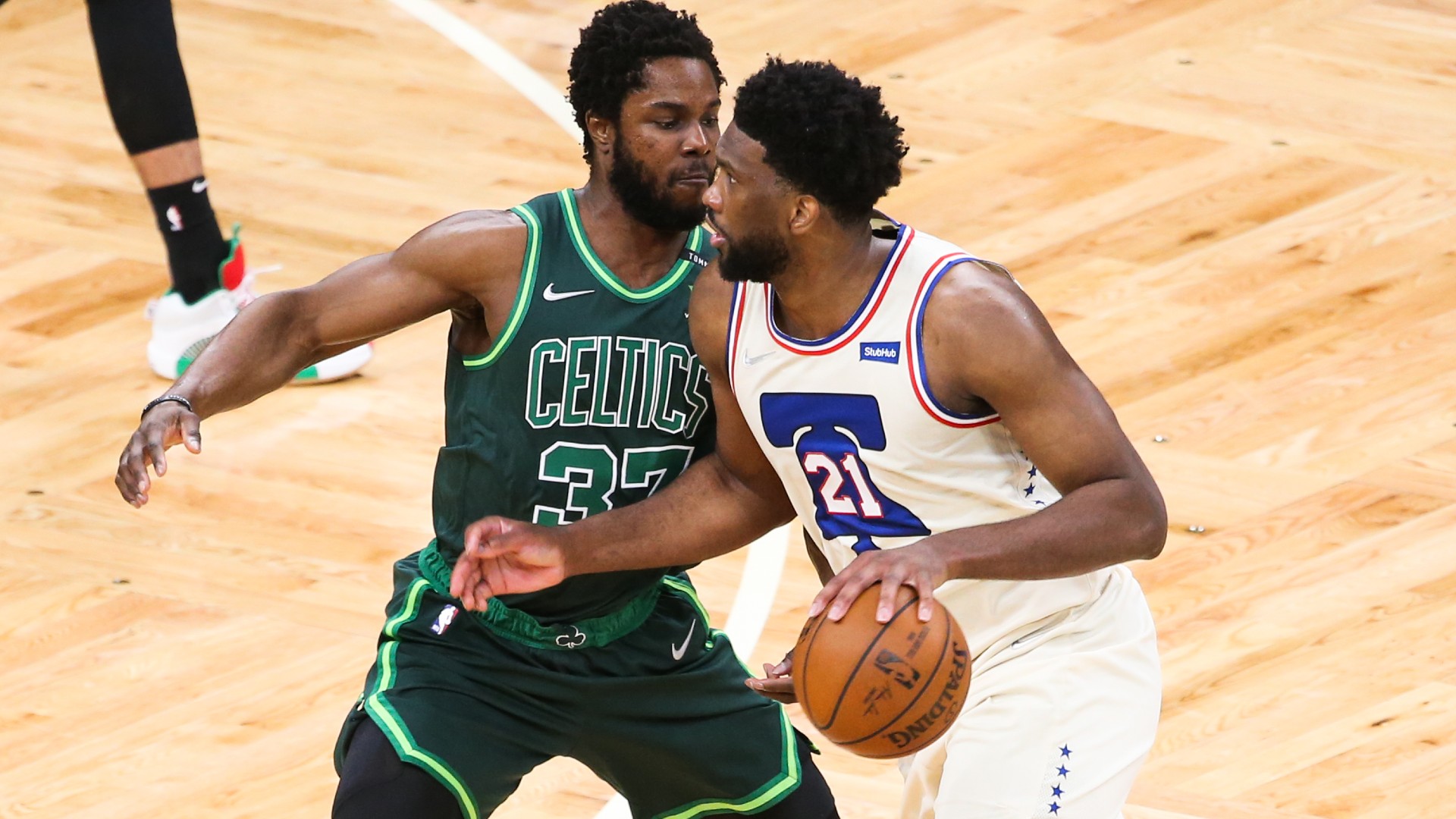 
Joel Embiid accomplished a 30-year first for the Philadelphia 76ers, who made light work of Eastern Conference rivals the Boston Celtics 106-96.

Embiid – in his second game back after sitting out 10 matchups due to bone bruising to his knee – posted 35 points as the 76ers eased past the Celtics in Boston on Tuesday.

76ers All-Star and NBA MVP hopeful Embiid became the first Philadelphia player with at least three games of 35-plus points against the Celtics in a season since Hall of Famer Charles Barkley in 1990-91.

Embiid had his team-leading 16th 30-point game this season, tied with Nikola Jokic for the seventh-most 30-point games in the league.

THROW IT DOWN, BIG FELLA! pic.twitter.com/fbA0DvfDKU

Danny Green was six-of-seven from the field – making five of his six three-pointers – for 17 points as the 76ers returned to the top of the Eastern Conference alongside the Brooklyn Nets.

Curry had a game-high 41 points, six rebounds and four assists to fuel the Warriors on home court in the absence of two-time reigning MVP Antetokounmpo, who was sidelined due to knee soreness.

Warriors star Curry had his fourth 40-point game of the season (42nd of his career), while the former MVP hit his 200th three-pointer of the campaign – giving him an NBA-record eighth season with at least 200 threes.

Zion Williamson's 25 consecutive games with 20-plus points on 50 per cent shooting or better equalled Shaquille O'Neal for the longest streak in the shot-clock era (since 1954-55). The former number one pick posted a game-high 34 points on 12-of-18 shooting in the New Orleans Pelicans' 123-107 defeat the Atlanta Hawks.

The Hawks set an NBA record for three made in a quarter without a miss, going 11 for 11 in the third period. Atlanta finished 20-of-31 from beyond the arc against the Pelicans, boasting a 64.5 percentage. Trae Young (30 points and 12 assists) made six of seven three-point attempts, while Bojan Bogdanovic (21 points) was five-of-eight from three-point range.

Chicago Bulls recruit and All-Star Nikola Vucevic had 32 points and 17 rebounds in the team's 113-97 victory at the Indiana Pacers.

The Denver Nuggets saw off the Detroit Pistons 134-119 behind Jokic's 27 points and 11 assists in 27 minutes. It was his 83rd career double-double, two more than Hall of Famer Wilt Chamberlain. Denver won their sixth straight game.

Donte DiVincenzo was just two-for-eight shooting, making two of his six three-point attempts for six points in 30 minutes. Fellow Bucks starter Brook Lopez (nine points) was only three of nine from the field, missing all four shots from beyond the arc.

Injury-hit defending champions the Los Angeles Lakers trumped the Toronto Raptors 110-101, but it was a forgettable outing for Kyle Kuzma (eight points). In 35 minutes, Kuzma finished three-of-13 shooting from the field, making two of 11 three-point attempts.

Denver left Detroit in a spin as Jokic and new team-mate Aaron Gordon combined for a dizzying bucket.

The high-flying Nets (35-16) are set to welcome back former MVP Kevin Durant for Wednesday's clash with the Pelicans (22-28). Durant has been sidelined since February 13.