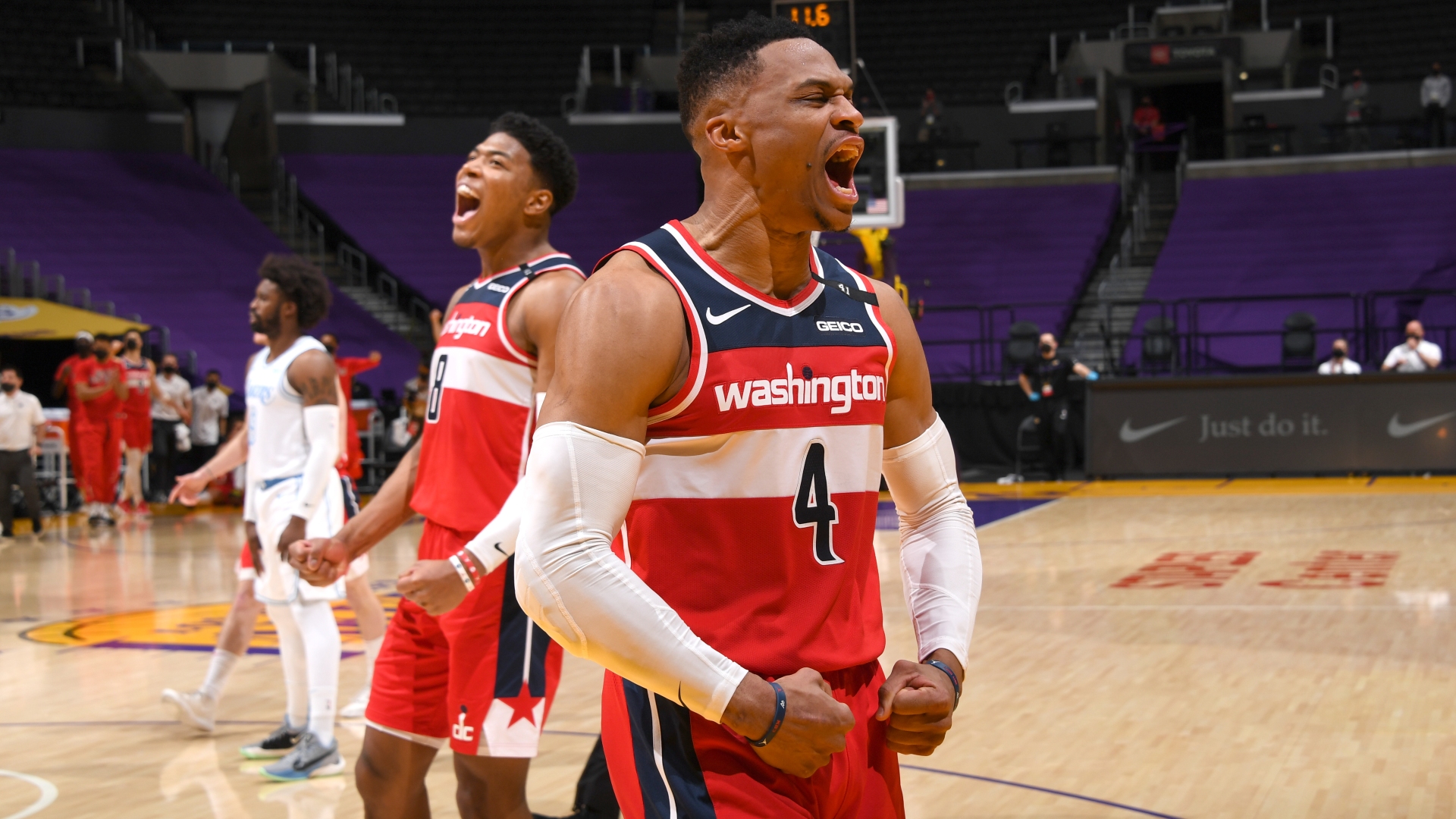 Russell Westbrook on in-form Wizards: We did not let ourselves come apart


Russell Westbrook believes the Washington Wizards sticking together prevented the team from coming apart after an awful start to the NBA season.

The Wizards continued their revival as they earned a 127-124 overtime win against defending champions the Los Angeles Lakers on Monday.

They trailed by 17 points in the second half but rallied impressively, with Westbrook racking up 32 points, 14 rebounds and nine assists.

The Wizards have now won five straight games, having previously not even put together a run of four consecutive victories since February 2018.

Wins against the Boston Celtics, Houston Rockets, Denver Nuggets, Portland Trail Blazers and Lakers have turned the season around.

The Wizards started 6-17 in Westbrook's first year since his trade from the Rockets, but they are now surging ahead of another huge test at the Los Angeles Clippers on Tuesday.

"It has been tough, but we have been sticking together," Westbrook said, per ESPN, amid the team's best run in three years.

"That's the main thing. If you get caught up with everything else going on, teams and players tend to come apart.

"But we have been sticking together and communicating on how to become a better team, and it's been paying off for us."

Wizards All-Star Bradley Beal also shone with 33 points, including six on three straight possessions during a pivotal spell in overtime.

"It feels different, in a great way," he said. "It feels great, but at the same time, we still haven't done a damn thing.

"We realise that, and we keep telling each other that.

"We've still got bad habits we need to break, but we don't discount what we did."

LeBron James had 31 points for the Lakers, who have now lost four of their last five, with Anthony Davis and Dennis Schroder out injured.

"It takes a whole team to collectively get wins, and right now we have two of our main rotation guys out," Kyle Kuzma said after registering 14 points in the loss.

"Obviously there are no excuses. You don't want to lose to an under-.500 team like that, but this is the NBA and anybody can win. We just have to figure it out."