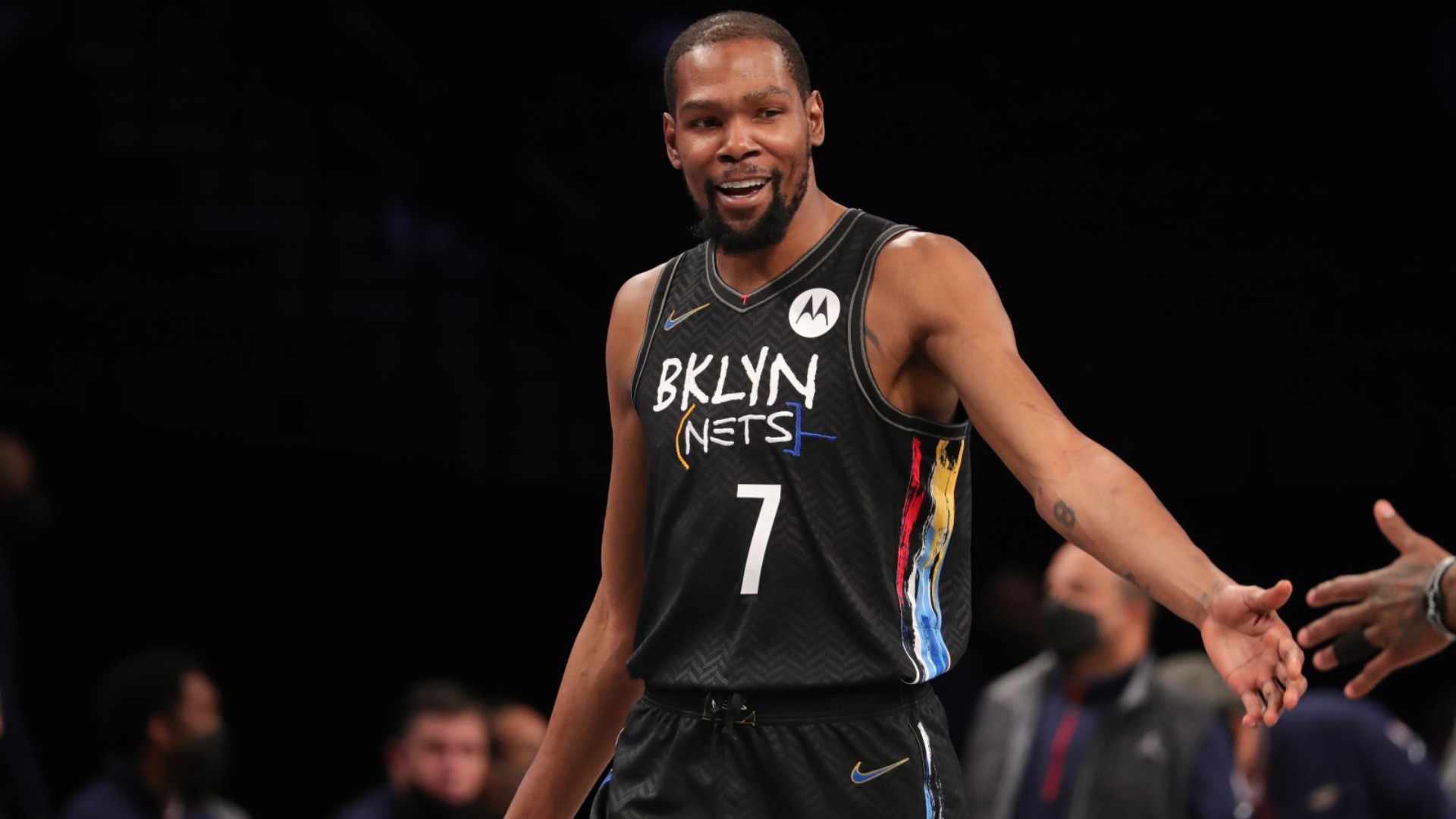 Durant not surprised by perfect return for Nets


Brooklyn Nets superstar Kevin Durant said he was not surprised by his perfect shooting performance after making his long-awaited return to the court.

Durant had been sidelined since February 13 due to a hamstring strain, but the former NBA MVP returned as the star-studded Nets took down the New Orleans Pelicans 139-111 on Wednesday.

After a 23-game absence, Durant – initially named in the starting five – came off the bench and posted 17 points on five-for-five shooting in 19 minutes, making both of his three-point attempts.

Durant, who received an ovation from the home crowd at Barclays Center in Brooklyn, also collected seven rebounds and tallied five assists against the Pelicans midweek.

"I expected to come out here and play the way I played," Durant said. "I wasn't trying to ease into the game."

Kyrie Irving had 24 points in the absence of fellow All-Star James Harden (hamstring) as Durant featured alongside recruits LaMarcus Aldridge (22 points) and Blake Griffin (10 points) for the first time.

"When we move our bodies and we move the basketball the way we did and we talk on defense it's fun out there. You have veteran players that know how to play and it feels like these guys can finish my sentence before I even finish," Durant said.

"So these guys know the game inside out they know me they know one another as team-mates and from playing against each other over the years so it's pretty smooth."

Durant added: "We've always been in communication about different sets and different actions when I was on the bench and practices and film room. So I felt like we were learning each other throughout that time and then finally getting on the floor we didn't have to say much.

"I feel like we know each other's games and we know exactly what to do on each play. So guys have been in constant communication no matter if it's a game or off day and I think it helps."

Nets head coach Steve Nash, whose team moved clear of the idle Philadelphia 76ers atop the Eastern Conference, said: "You could see I think that's there's lots of potential there. It's not hard to play basketball with Kevin Durant.

"I think he's gonna make guys better. He demands a lot of attention and creates a lot of space on the floor. He's a shotmaker, but he creates a lot for his team-mates as well, whether it's through passing or his presence. I think that his length also helps the group in a number of ways.

"He affects his team-mates so positively, so I think a lot of the combinations are going to improve because of him being back in the line-up."