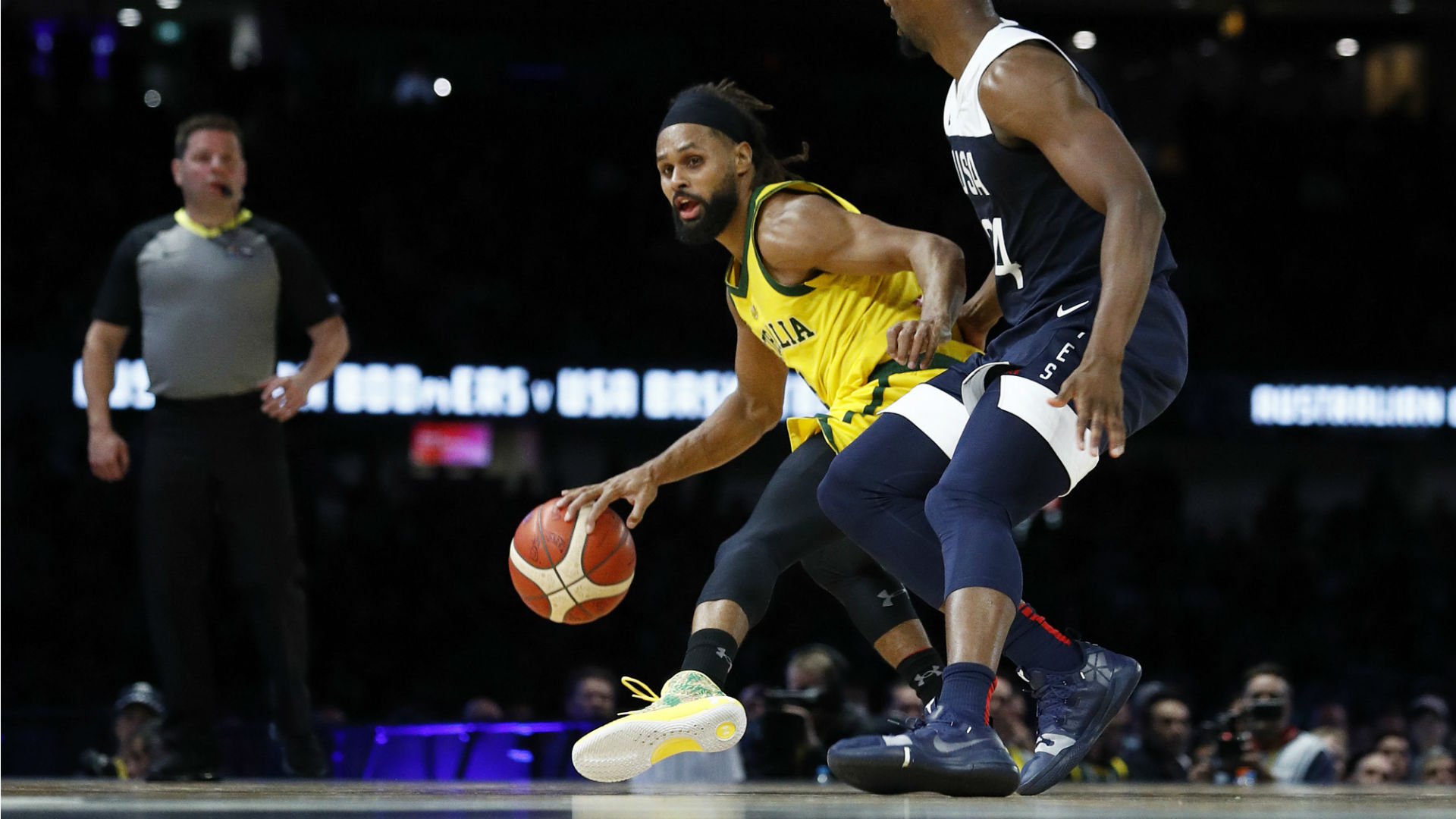 
Australia beat the United States for the first time in history in Melbourne on Saturday and Patty Mills hopes the Boomers can build something special from the landmark achievement.

Team USA won the first exhibition 102-86 at Marvel Stadium on Thursday, but the hosts responded with a 98-94 victory in front of 52,079 fans two days later.

Australia came from 10 points down in the second half, with San Antonio Spurs guard Mills scoring 30 – including the last 10 for the Boomers – to see out a historic triumph.

"It's a building block for us. We've been taking it step by step and understanding that this is process. But it's good to get everyone back and get everyone on the floor," said Mills in an on-court interview.

BOOMERS WIN! @Patty_Mills (30 points) lit up @marvelstadiumau in the fourth quarter to propel the Boomers over @usabasketball in front of a record 52,000+ fans!

"This is just one step towards our progress and ultimate goal of creating history and winning a medal, so we're locked in on that focus for sure.

"The support has been amazing. We've been through a lot of adversity as a team, as a programme.

"We're very proud to represent these colours and represent them the right way and we're doing it as a team, as a group, as best mates."

Kemba Walker scored 22 points off the bench for Gregg Popovich's USA side, while Harrison Barnes had 20 points and six rebounds in 26 minutes.

Team USA conclude their tour in Sydney on Sunday when they face Canada, who will meet Australia in their FIBA World Cup opener in China on September 1.