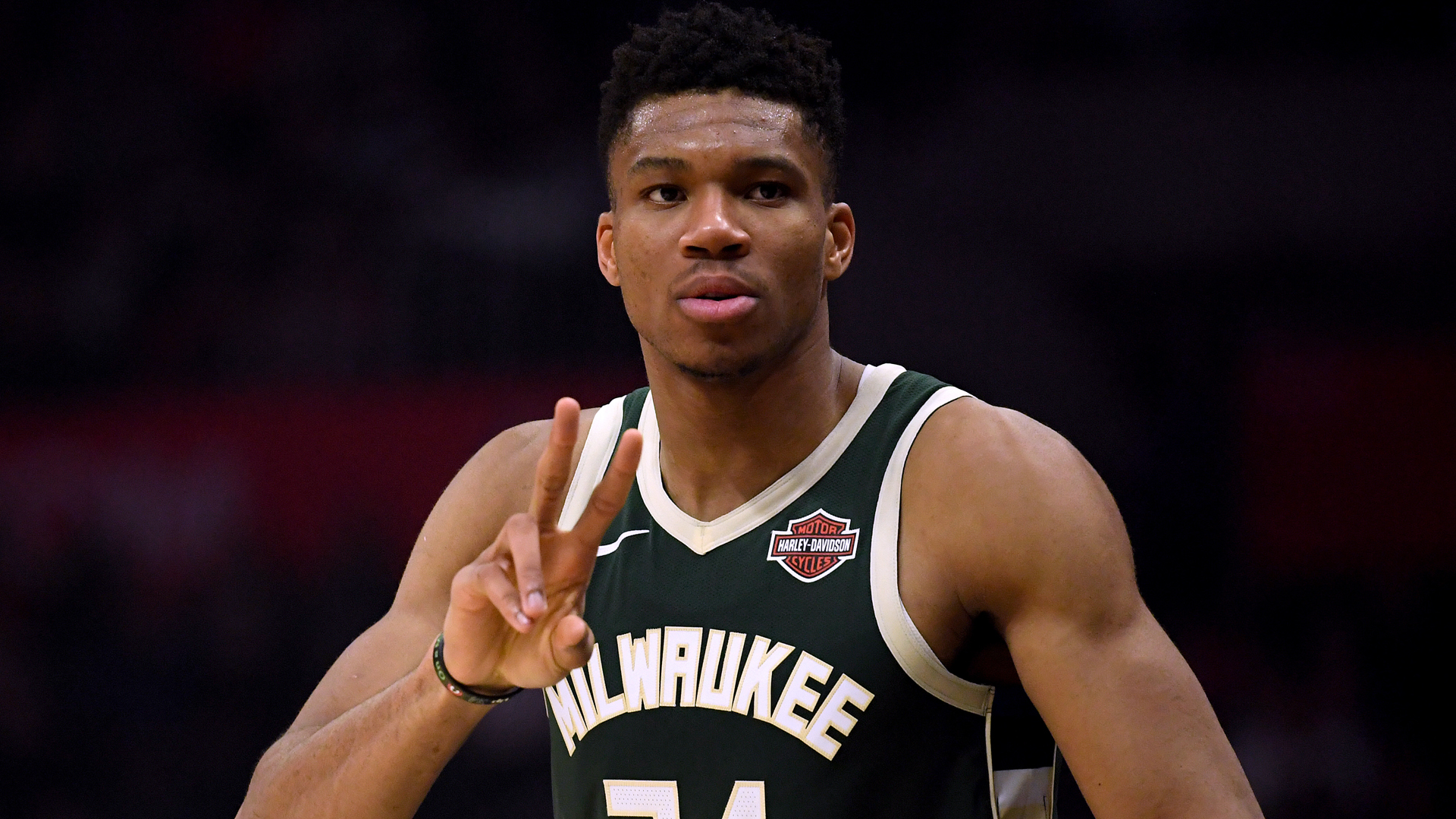 
Giannis Antetokounmpo was unfazed about seeing his double-double streak come to an end during the Milwaukee Bucks' 137-96 win over the Charlotte Hornets.

Antetokounmpo had 26 points and nine rebounds in 20 minutes in the victory on Saturday, falling just short of a 20th consecutive double-double.

But the reigning NBA MVP said he was focused on winning, with the Eastern Conference-leading Bucks improving to 17-3 after an 11th straight victory.

"It doesn't really matter. That's not how I'm built. I'm not built around stats," Antetokounmpo told a news conference.

The best of The Greek Freak:

The Bucks led 66-49 at half-time against the Hornets before also outscoring Charlotte in the third and fourth quarters.

"Obviously the game plan and the offense that we have, it makes it easy to move the ball and everybody touches the ball, everybody scores the ball," Antetokounmpo said.

"It was just good that we had a lead and we came out in the third quarter and extended that lead and we gave a chance to guys like Dragan, Fran, D.J..

"They came in, they played, they were knocking down shots, they were having fun, so I think as a team we got better."

The Bucks will face the struggling New York Knicks at Fiserv Forum on Monday.