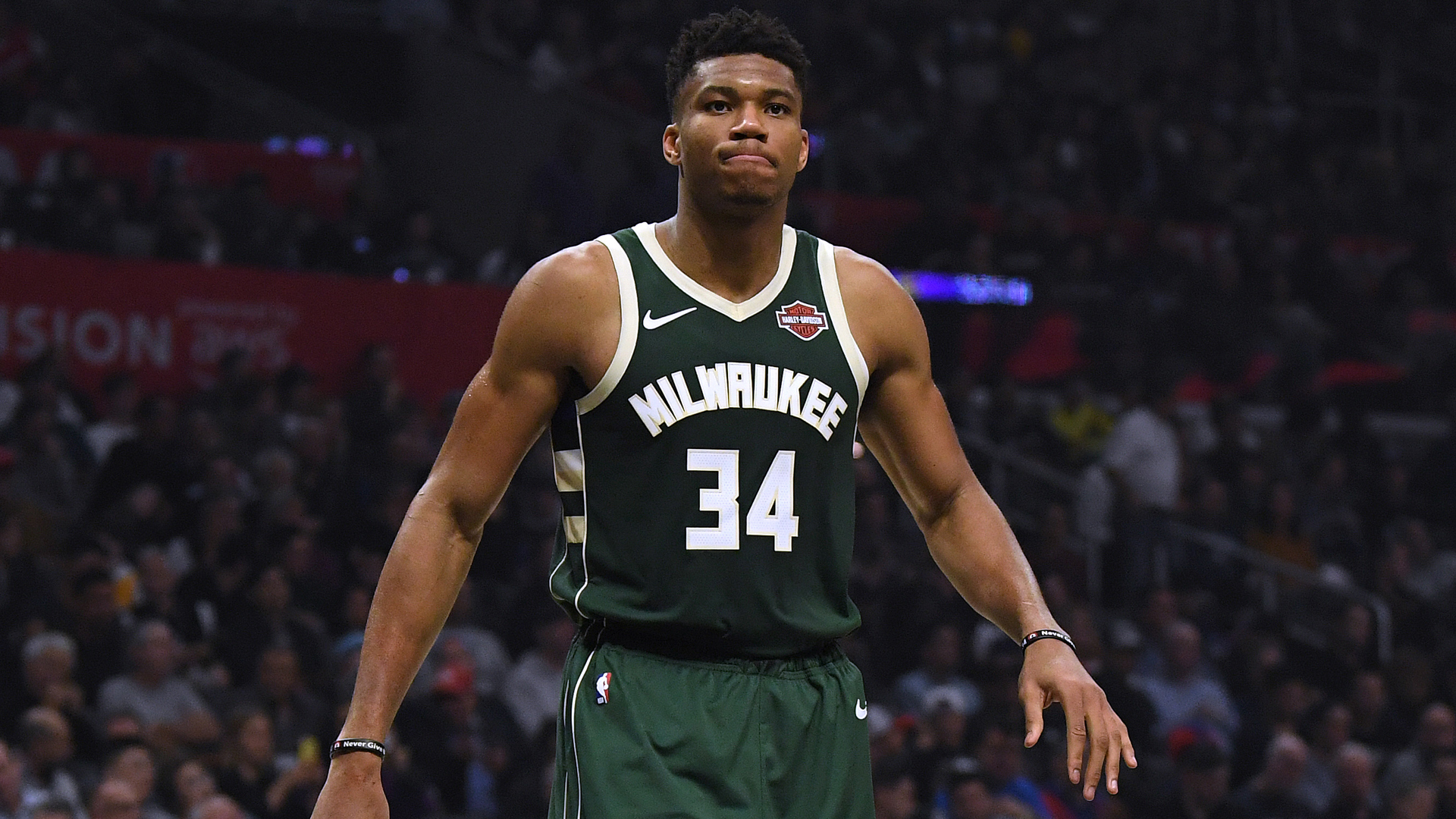 Antetokounmpo's 29 points and 12 rebounds fuelled Milwaukee's 117-97 victory away to the Nets on Saturday.

Khris Middleton scored 20 points for the Bucks, who improved their league-best record to 38-6 amid a six-game winning streak.

James also had a double-double as the Western Conference-leading Lakers powered past rivals the Rockets 124-115 on the road.

After the Orlando Magic snapped their nine-game winning streak, the Lakers bounced back thanks to 31 points and 12 assists from James in Houston.

The Rockets were led by Russell Westbrook, who put up 35 points for his fourth consecutive 30-point game, and James Harden (34 points).

The Philadelphia 76ers snapped a six-game road losing streak with a 90-87 victory at the lowly New York Knicks. Ben Simmons had 20 points for the 76ers.

The Los Angeles Clippers rallied to defeat the New Orleans Pelicans 133-130 on the back of Kawhi Leonard's 39 points.

Rudy Gobert's 28 points and 15 rebounds, and Bojan Bogdanovic's 30 points inspired the Utah Jazz to a 123-101 victory over the Sacramento Kings.

Devin Booker had 39 points, 10 rebounds and nine assists as the Phoenix Suns stunned the Boston Celtics 123-119. Marcus Smart's franchise-record 11 three-pointers were not enough for the Celtics.

While Chris Paul shined with 30 points for the Oklahoma City Thunder, fellow veteran Carmelo Anthony struggled in the Portland Trail Blazers' 119-106 loss. He was four of 13 from the field and missed all three attempts from beyond the arc for nine points in 32 minutes.

From Noel to Bazley

After Nerlens Noel blocked a shot, Darius Bazley went up the other end and hammered home the slam for the Thunder!

Only two games are scheduled for Sunday, with the Miami Heat and San Antonio Spurs are the only other teams in action. The Indiana Pacers (27-15) are riding a four-game winning streak, while the Denver Nuggets (29-12) are coming off three straight victories.