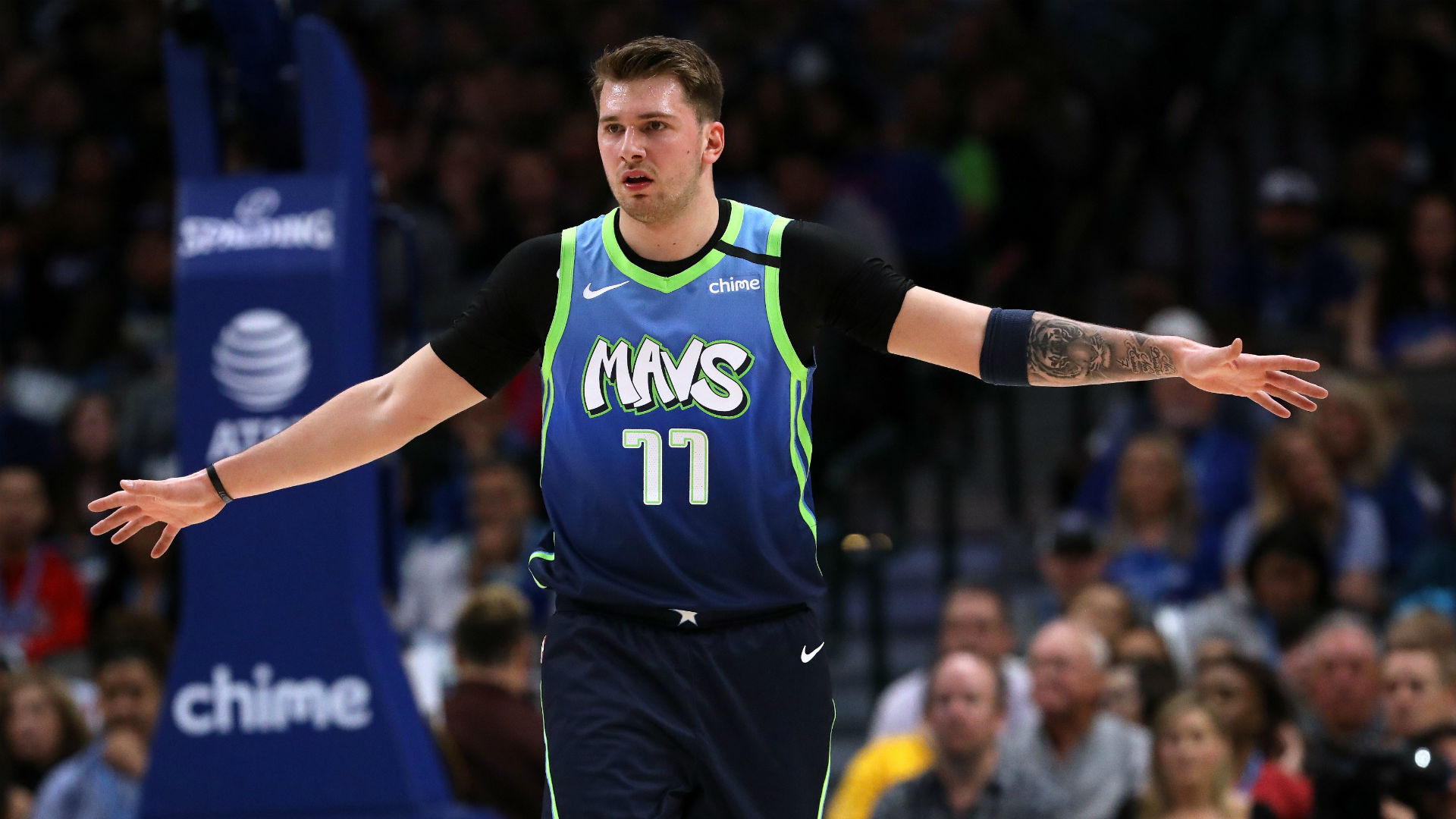 
Luka Doncic is optimistic he did not do serious damage to his thumb during a record-equalling display in the Dallas Mavericks' victory over the San Antonio Spurs.

The NBA Rookie of the Year tied the franchise record, held by Jason Kidd, of 21 triple-doubles for the Mavs with 26 points, 10 rebounds and 14 assists in a 109-103 win at AT&T Center on Wednesday.

Doncic went to the dressing room late in the first quarter after taking a blow and emerged in the second quarter with his thumb wrapped.

The 20-year-old Slovenian sensation was struck on the left thumb again in the second half, but was able to continue.

Doncic's digit was protected by a splint when he spoke to the media after the match, yet he played down concerns over the extent of the injury.

"It hurts," Doncic said. "I got hit twice. I got slapped on the hand. [The officials] thought it was ball."

Asked about the diagnosis, he added: "I don't know yet. We're going to check it, but I don't think it's going to be serious

"I came back in the game because I could. I don't usually use my left hand, so I'm glad it's not on the right."

Dallas (36-23) have won four of their last five games ahead of a meeting with the Miami Heat on Saturday and Doncic says they are learning on the job.

"We did win this game, so we're going to learn about it. It's not always going to be perfect, but we're learning," he said.