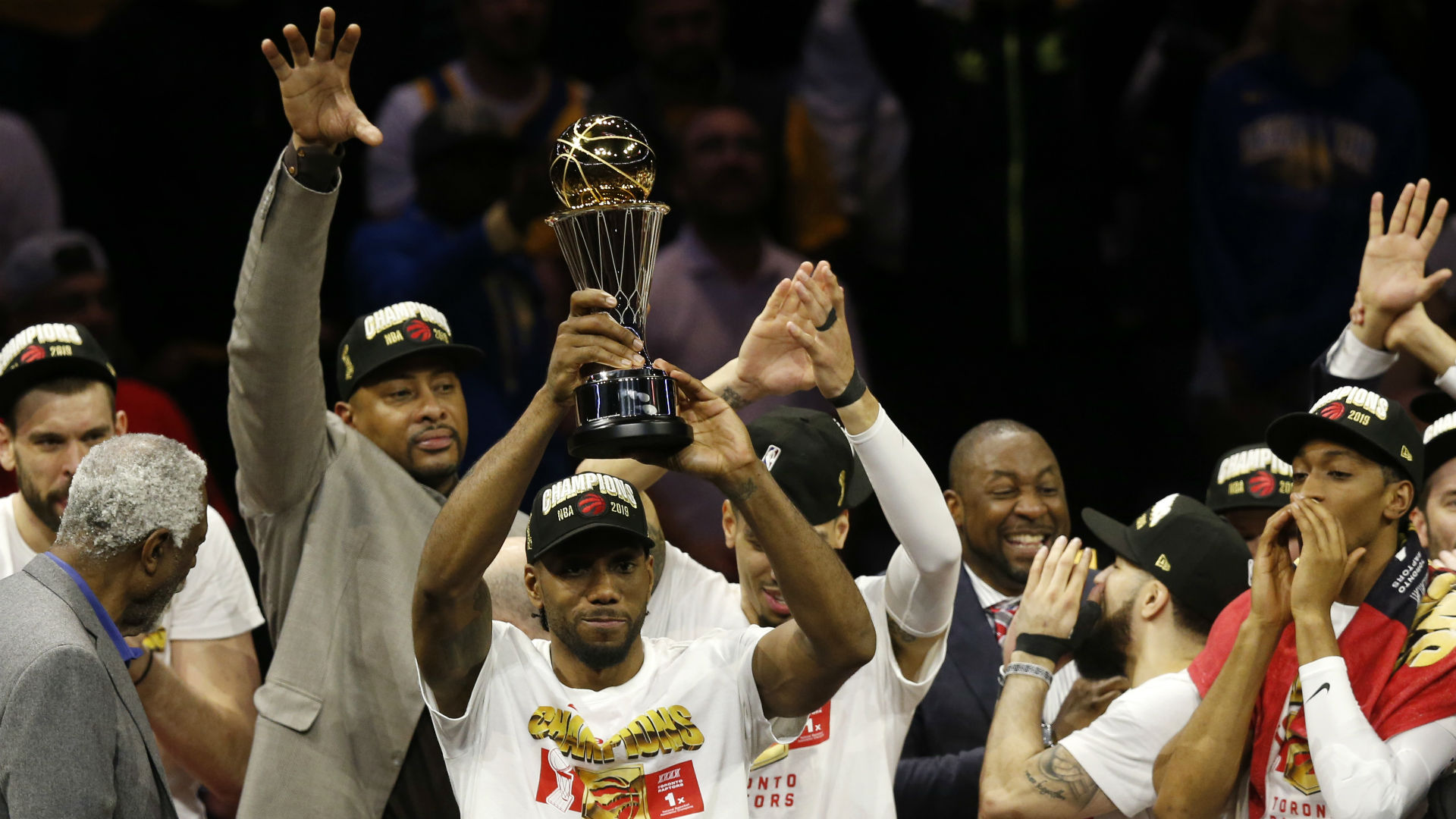 
Kawhi Leonard is set to receive his championship ring from the Raptors on Wednesday, but he is still expecting boos from the home fans as he returns to Toronto for the first time since leaving for the Los Angeles Clippers.

He was named Finals MVP as the Raptors dethroned the Golden State Warriors in an absorbing series, defeating them 4-2.

However, Leonard elected not to re-sign with the Raptors on a long-term deal, opting instead to go back to his home city of Los Angeles and link up with Paul George.

It will be a night of celebration at Scotiabank Arena, but Leonard is not anticipating widespread acclaim.

"This is my first time back in the city since the parade. Obviously, those flashbacks come back driving back to the arena. Of course, it's a little different tonight," Leonard said.

"There will be some cheers but definitely I think more boos because they want to win the game. They're not going to be cheering for a player that's on the opposing team."

Leonard unveiled a thank you message for the city of Toronto on a New Balance billboard ahead of his reunion with the Raptors.

"[The fans] were amazing last year. They rolled with us through the ups and downs. We were down every series pretty much and they stuck through it with us," Leonard added.

"They brought great energy to every game and it helped us. So that's my thank you to them."

Asked how much he considered staying with Toronto, he replied: "I gave it a big consideration. I took my time, I didn't hurry up and make a quick decision.

"I talked to the front office in detail. It was a hard choice to make."