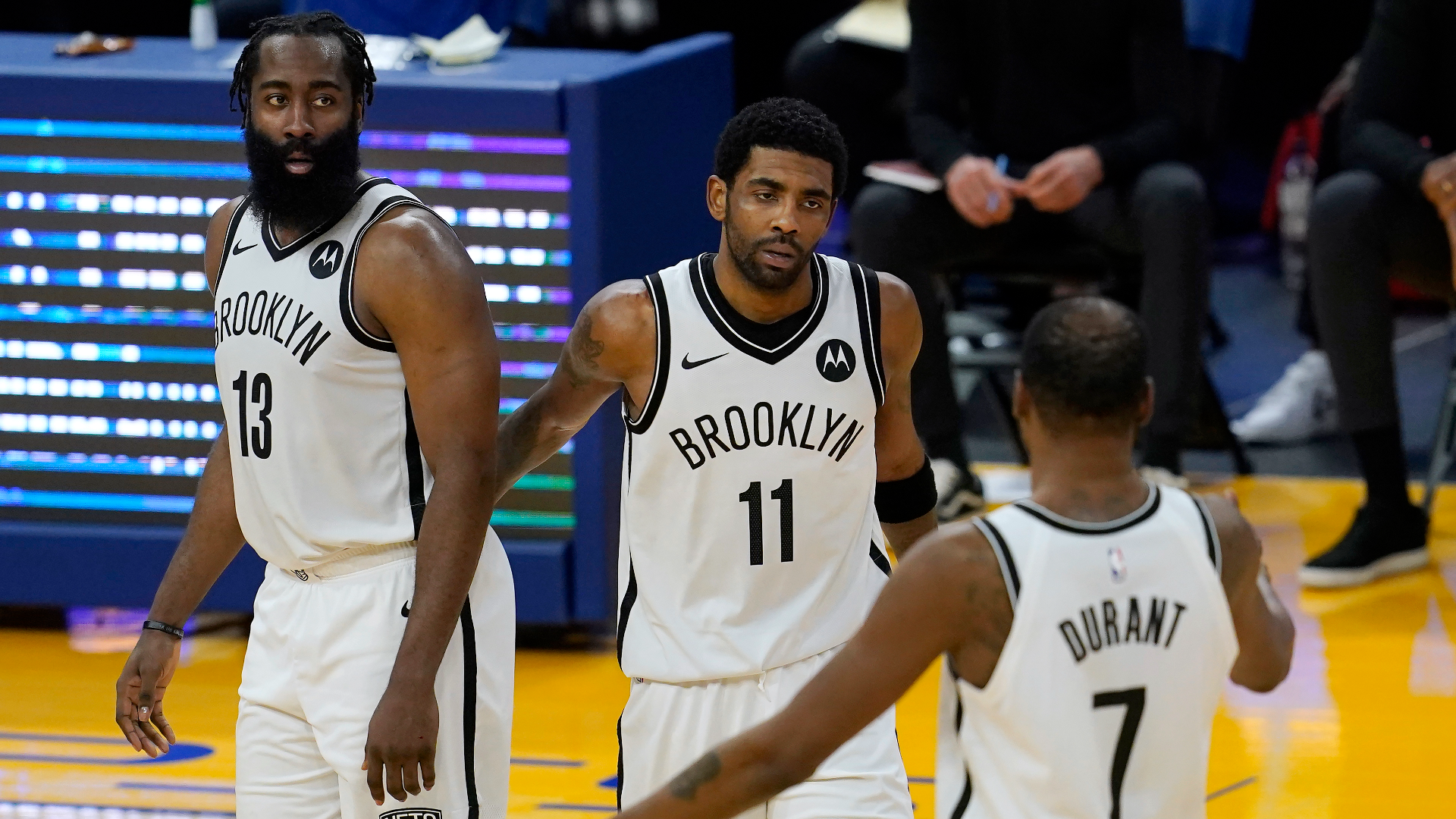 
Brooklyn Nets general manager Sean Marks says he expects to have James Harden and Kyrie Irving join Kevin Durant in re-signing with the franchise ahead of their training camp.

The Nets, who were beaten 4-3 by eventual NBA champions the Milwaukee Bucks in the Conference semi-finals last season, will be hold their pre-season training camp next month.

Durant, who last Saturday won gold at Tokyo 2020, recently re-committed to Brooklyn on a four-year deal.

Marks confirmed the Nets are in talks to extend the contracts of Irving and Harden, as they look to lock down their 'Big Three'.

“I feel very confident that first day of training camp we’ll be looking at those three in particular being signed, sealed and delivered and being part of the Brooklyn Nets for a long time to come,” Marks said in Wednesday's video conference.

"We're having those conversations with them. I think there's no immediate hurry to get any of these guys done in terms of the first day of free agency. These are opportunities for us to sit down, break bread together, meet with Joe Tsai [Nets owner] and really get on the same page."

Marks said that Durant's extension was "straight-forward", labelling the forward's decision to extend as "franchise changing".

“Kevin was honestly extremely straightforward, and very upfront about ‘I want to be here, this is it, get it done, and I want to get it done immediately.’ I don't blame him," Marks said.

"It was obviously very important for us. I can't tell you how important it was, and this is franchise changing when you can lock a person like Kevin up and he wants to commit to being here for the foreseeable future."

This is about a team that is all pushing in the same direction for that ultimate goal. pic.twitter.com/5HkB60jZ4W

Marks also offered updates on both Irving and Harden who missed periods of the playoffs with injuries.

Harden, 31, battled a hamstring injury in the regular season which recurred during the playoffs, while Irving suffered an ankle sprain in Game 4 of the Bucks series and did not return.

“I've James working out, I've seen some videos of him and he's really trending in the right direction," Marks said. "Looks great, has really devoted himself this summer to rehabbing one the hamstring and just getting himself into top basketball shape.

"I was with Kyrie yesterday... It was a bad ankle sprain, there's no question there, so that set him back, but he's recovering and he's progressing well and is back in the gym and I have no doubt by the time training camp rolls around and even prior to that the guys will be together and be live on the court together playing and working out.

"But from a health standpoint no reason to be concerned about either one.”