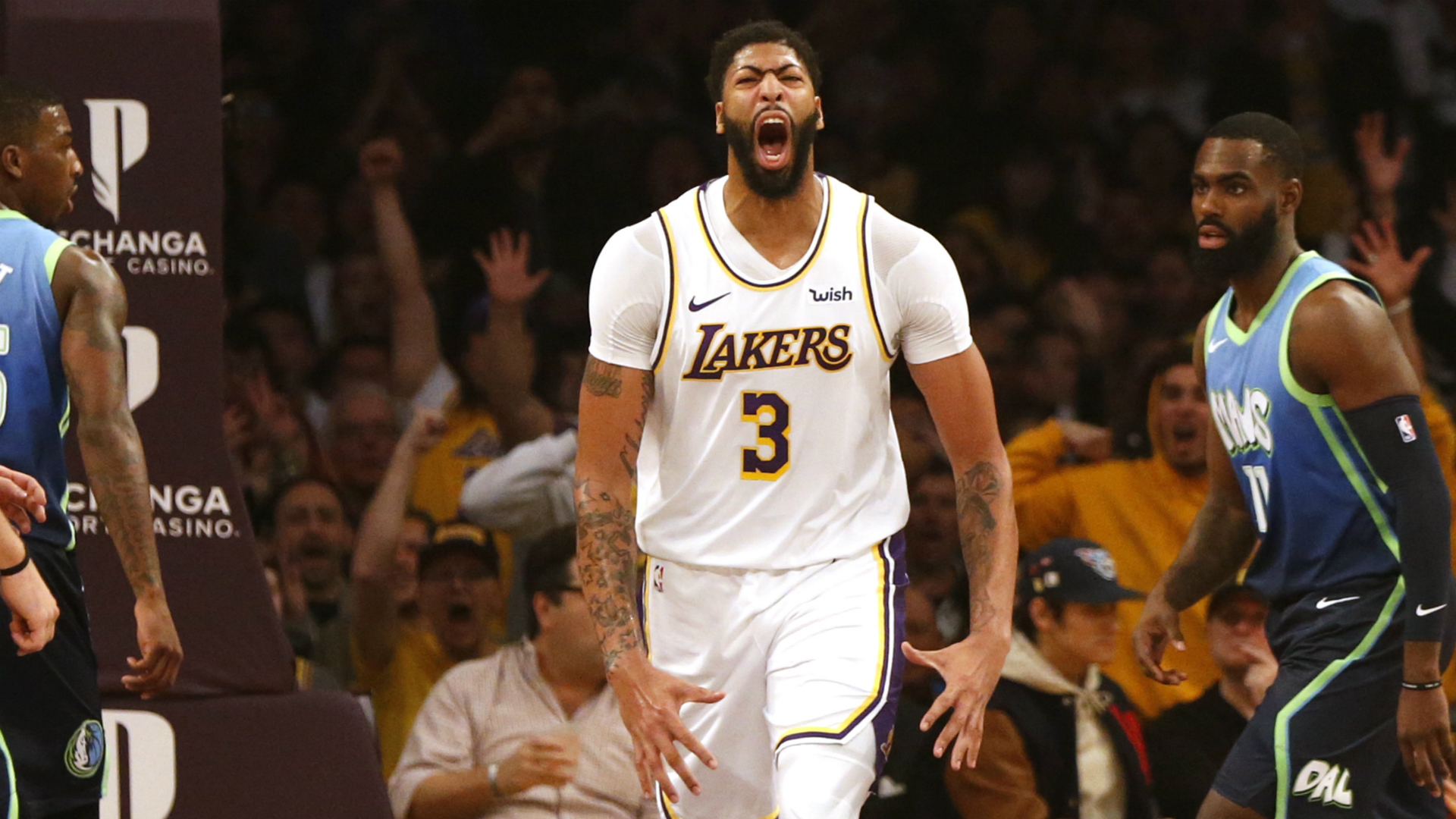 
Anthony Davis vowed the Los Angeles Lakers would not lose two straight NBA games after their run of 10 consecutive wins came to an emphatic halt on Sunday.

The Dallas Mavericks won 114-100 at Staples Center on the back of 27 points from in-form Luka Doncic.

That led Davis to describe the Lakers' defense as "terrible" but he joined LeBron James in adopting the mindset that the Lakers (17-3) would not allow themselves to drop two in a row for the rest of the season.

The loss to the Mavs (13-6) comes ahead of a difficult trip to face the Denver Nuggets (13-4), who hold an 8-2 record at home court, with other testing games road games against the Utah Jazz and Portland Trail Blazers to follow later this week.

Tough way to end the streak. Back to work tomorrow. pic.twitter.com/eMfGZET1wM

The Lakers were dominated 16-9 in offensive rebounds against Dallas, much to the frustration of Davis.

"Our defense was terrible. We didn't rebound the basketball therefore we keep giving them second-chance points and they made us pay with threes.

"We know what we did wrong. It's one game. We beat ourselves with the rebounding and we need to do better."

Of the goal to go the rest of 2019-20 without losing back-to-back games, James said: "You don't know until you [strive for it].

"Realistic is the mindset. It's not about [accepting that] sometimes you lose games in a row. Just having that mindset and that approach."

Coach Frank Vogel acknowledged his team's challenge against the Nuggets on Tuesday would be greater than the one they faced against the Mavs.

"That's part of growing together, how you respond to losses," he said. "Playing in Denver is always tough. As well as they are playing this year, it's going to be even tougher.

"I believe in our guys. If we play to our abilities, there's nobody we can't beat and nowhere we can't get a W."

We've seen a lot of big games this season from Luka, but it means a little more to play well against your idol.@luka7doncic | #MFFL pic.twitter.com/nELTEfKZQ3

As for Doncic, Mavs coach Rick Carlisle marvelled at a display that included 10 assists, nine rebounds and three steals, while the 20-year-old went 4-for-10 from three-point range.

"He hit a couple of hellacious shots," Carlisle said of Doncic. "There's just a small handful of guys in the whole world that can hit them. LeBron James is one of them. He's one of them.

"Those step-back 30-footers, it's hard to describe how difficult the shot is, and how easy he makes it look."