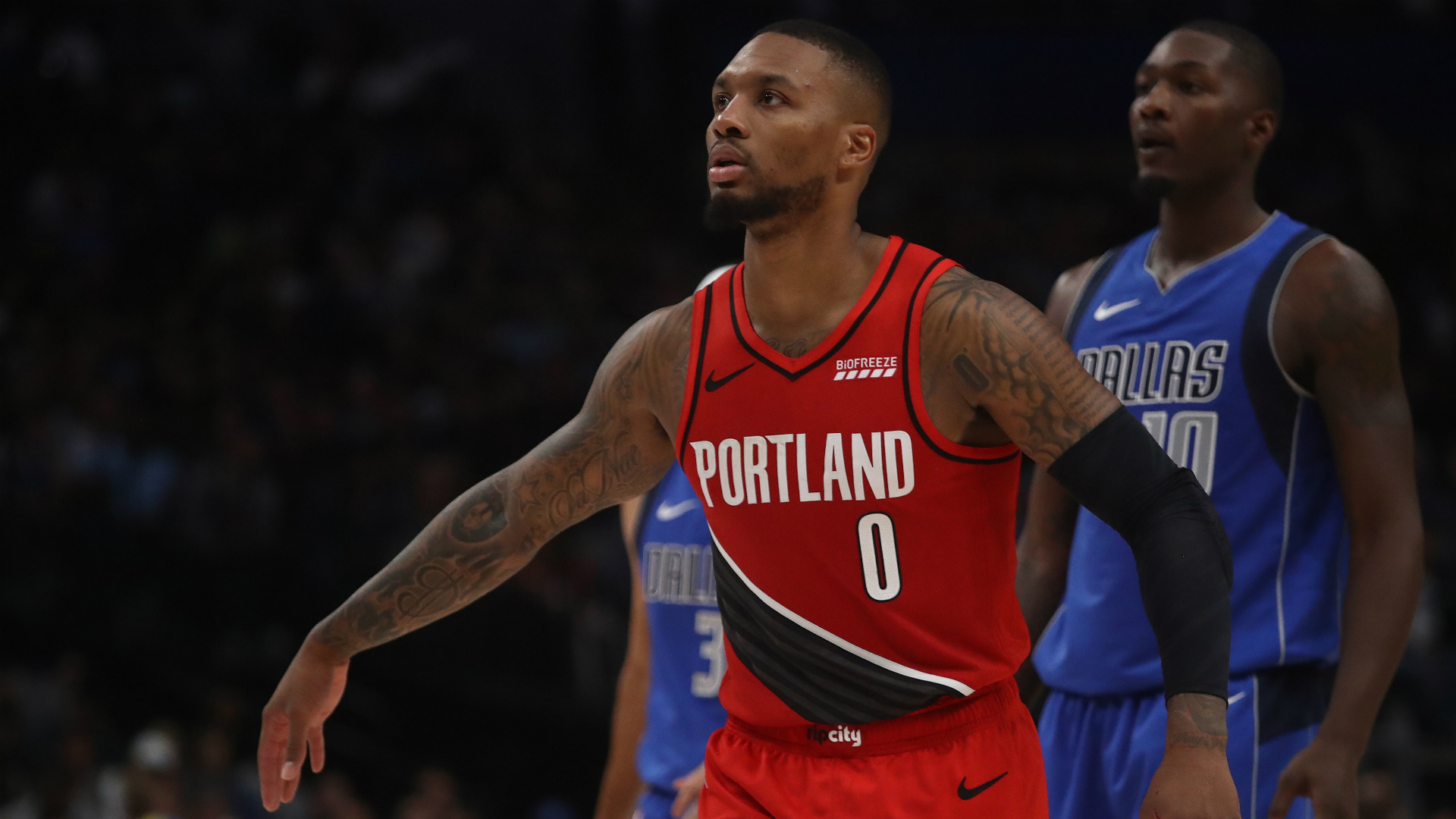 
Damian Lillard conceded his team record 60-point performance for the Portland Trail Blazers had lost some of its lustre due to defeat against the Brooklyn Nets.

Despite Lillard setting a new career high, the Nets claimed an impressive 119-115 road win as the Blazers, who reached last season's Western Conference Finals, dropped to 3-6.

The four-time All-Star was sensational in his 40-minute outing, hitting seven three-pointers and converting all 15 of his attempts from the free-throw line.

But somehow his exploits – the highest-scoring performance in the NBA this season - were not enough to earn the Blazers a first home win of the season, Spencer Dinwiddie scoring 34 points off the bench with Kyrie Irving adding 33 for the Nets.

"Anytime you set a record it's obviously an accomplishment, I guess it's not as fun losing," Lillard, 29, said after the game. "It's fine. It's whatever.

"I didn't have a feeling this was going to be one of those nights. I've had that in the past but in the warm-up I was a little bit stiff. I tweaked my ankle the night before [against the Los Angeles Clippers] and got kicked in my leg against the [Golden State] Warriors too.

"When the game started, I think it was just my mind, I was thinking I was going to jump and dive into the game and make my body follow. That is what happened.

"We are in position to win games in the third quarter and the fourth quarter – but you've got to be present mentally and physically.

"Wanting it more doesn't mean playing harder, it means being able to be sharper on one more possession when you are tired and wearing down. We might be last in the league defensively in the fourth quarter. But we must stand together and cannot fold."

@Dame_Lillard goes off for a new career-high 60 PTS on 19-33 shooting. #RipCity pic.twitter.com/zguYBz32HG

Irving was a happy man as the Nets moved to 4-4 on the back of a third win in four games.

"The game could have gone either way as well as Lillard was playing," he said. "Anytime someone has a big performance like that, it can go either way. He can really take over the game like he did."

Nets coach Kenny Atkinson could not come up with a plan to stop Lillard's scoring spree.

He said: "We tried zone, box-and-one, we tried blitz, we threw the kitchen sink at him. He just kept making incredible shots."

And Dinwiddie added: "He got 60, but luckily for us he would have needed 65."