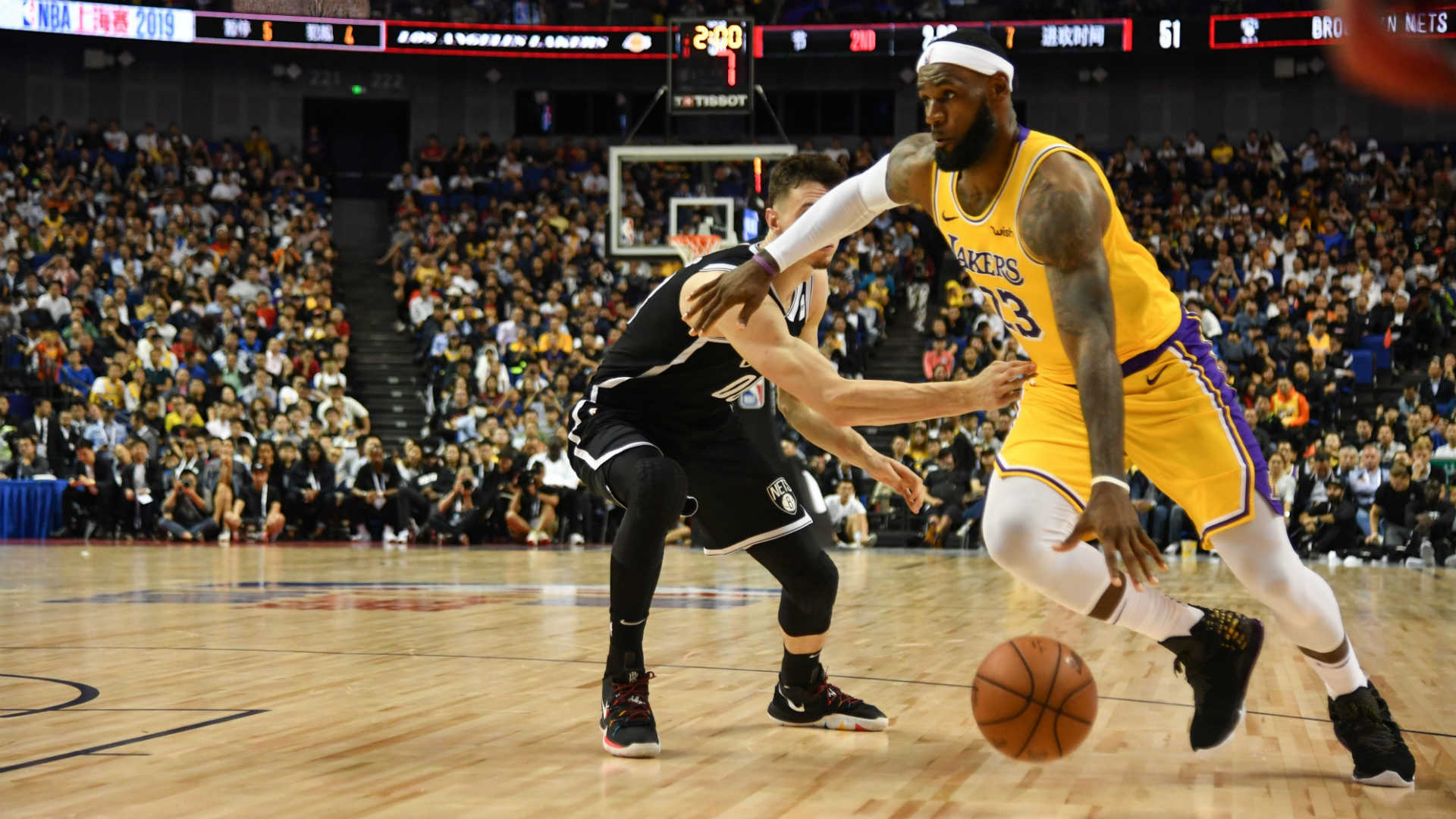 
Kyrie Irving's Brooklyn Nets debut lasted just a minute as the much-discussed NBA preseason game against the Los Angeles Lakers went ahead in Shanghai on Thursday.

Irving, who signed for the Nets alongside the injured Kevin Durant for the upcoming season, was trying to play through a facial fracture suffered in a pickup game last month, wearing a clear mask.

However, the former Boston Celtics star appeared to aggravate the issue early on as he clashed with Rajon Rondo and was immediately withdrawn.

The contest at least finally meant some basketball was played amid a week of controversy stemming from a since-deleted tweet by Houston Rockets GM Daryl Morey supporting anti-government protesters in Hong Kong.

Morey's comments overshadowed what had been expected to be a celebration of the NBA in one of their key international markets in China.

Some fallout continued, with media duties for both teams and league commissioner Adam Silver cancelled, but the game represented a brief respite from a tumultuous few days.

The Nets prevailed 114-111 as some of the NBA's top stars took to the floor, although Caris LeVert followed Irving in making an early exit with an apparent eye problem.

Their absences made Spencer Dinwiddie the key man as he scored 20 points and Taurean Prince added 18 to lead six Nets in double figures.

LeBron James scored 20 points in 24 minutes to pace the Lakers, as he and Anthony Davis (16 points in 25 minutes) shared the floor as team-mates for the first time.

Los Angeles had a last shot to tie on Kentavious Caldwell-Pope's three-pointer as the clock ran down, but it bounced away.