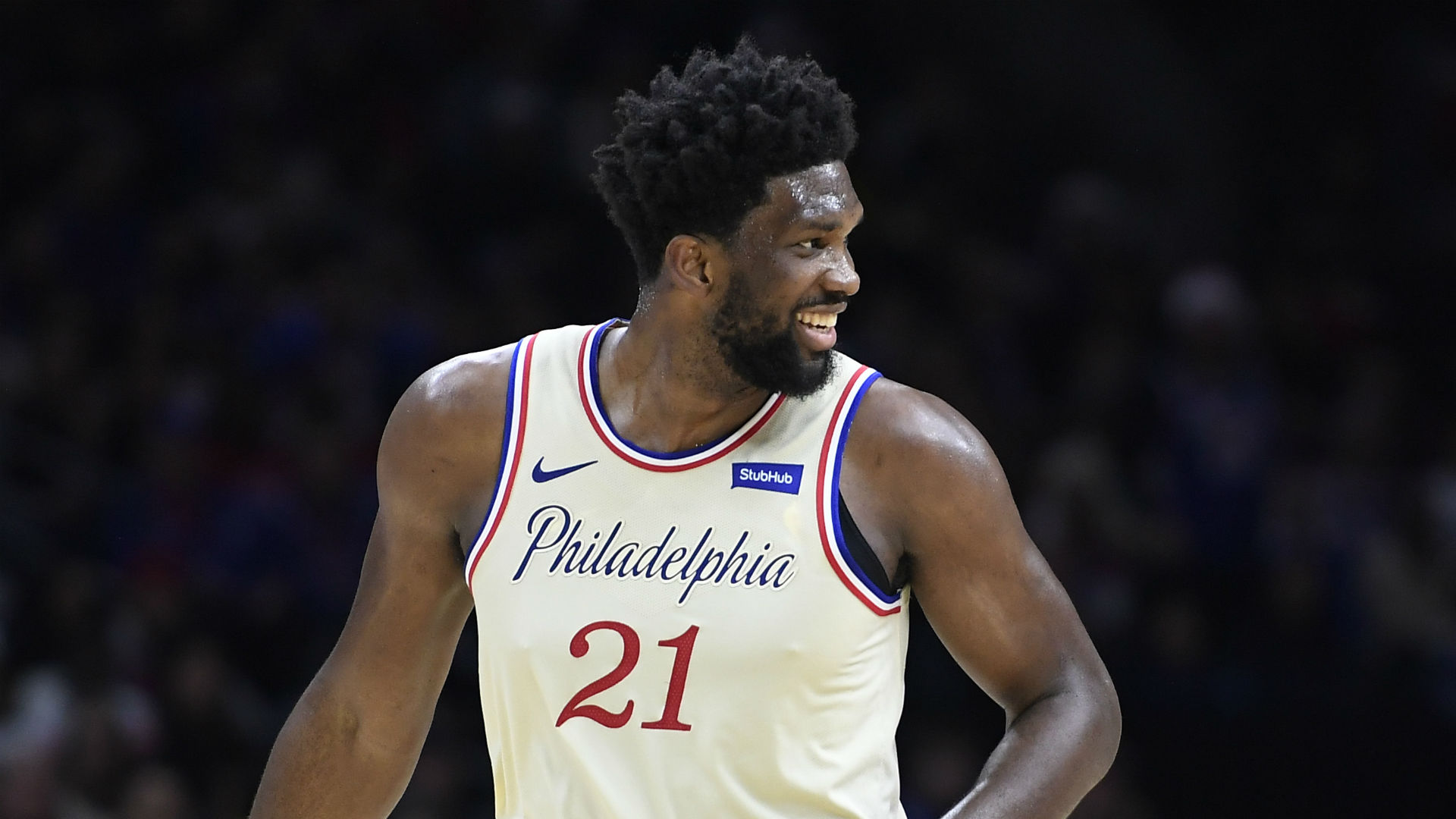 Coronavirus: No one has worked harder than Embiid – Brown hails 76ers star


Philadelphia 76ers head coach Brett Brown said no one has worked harder than Joel Embiid as he hailed the All-Star ahead of the NBA's return.

The 2019-20 NBA season is set to restart via a 22-team format at the Disney World complex in Orlando, Florida on July 30 after the campaign was halted due to COVID-19 in March.

Embiid's fitness has always been a topic of discussion and all eyes will be on the three-time All-Star center when the NBA returns following the coronavirus pandemic.

Philadelphia will recommence against Eastern Conference rivals the Indiana Pacers, who share identical 39-26 records to be fifth and sixth respectively, on August 1.

And Brown had high praise for Embiid's training and conditioning midweek.

"Let's start with the respect and applause I give him for putting in time. There is nobody on our team that has put in more time than Joel Embiid," Brown told reporters on Wednesday.

"Forget what he has actually done in the gym for a minute, just go to the man hours and consecutive days and the amount of days he has put in over the past few months. I'm proud of him, I respect him. He needed to do it. We understand the impact he can have on our team."

Embiid had been averaging 23.4 points, 11.8 rebounds and 3.1 assists per game this season.

"We've got a three-week runway to deliver him to the regular season," Brown said. "I'm looking for Joel to come in in as good of shape as he's been in since I have coached him.

"I think the three weeks we have together is an inverted sort of luxury we haven't had. I'm excited for Jo to get back into this and show what he has been doing the last few months."

The 76ers – 14 games behind the Eastern Conference and NBA-leading Milwaukee Bucks (53-12) – are also set to be boosted by the return of fellow All-Star Ben Simmons.

Simmons has been sidelined since February due to a back injury, but Brown added: "He's good to go. He's put in a tremendous amount of work for me to be able to confidently say that.

"As you search for silver linings with this pandemic and the way things have shaped up, it would be hard-pressed for me to find something more obvious than this: It's enabled Ben to reclaim his health. He's good to go, and we look forward to watching him with what I'm told is effectively 100 per cent health."