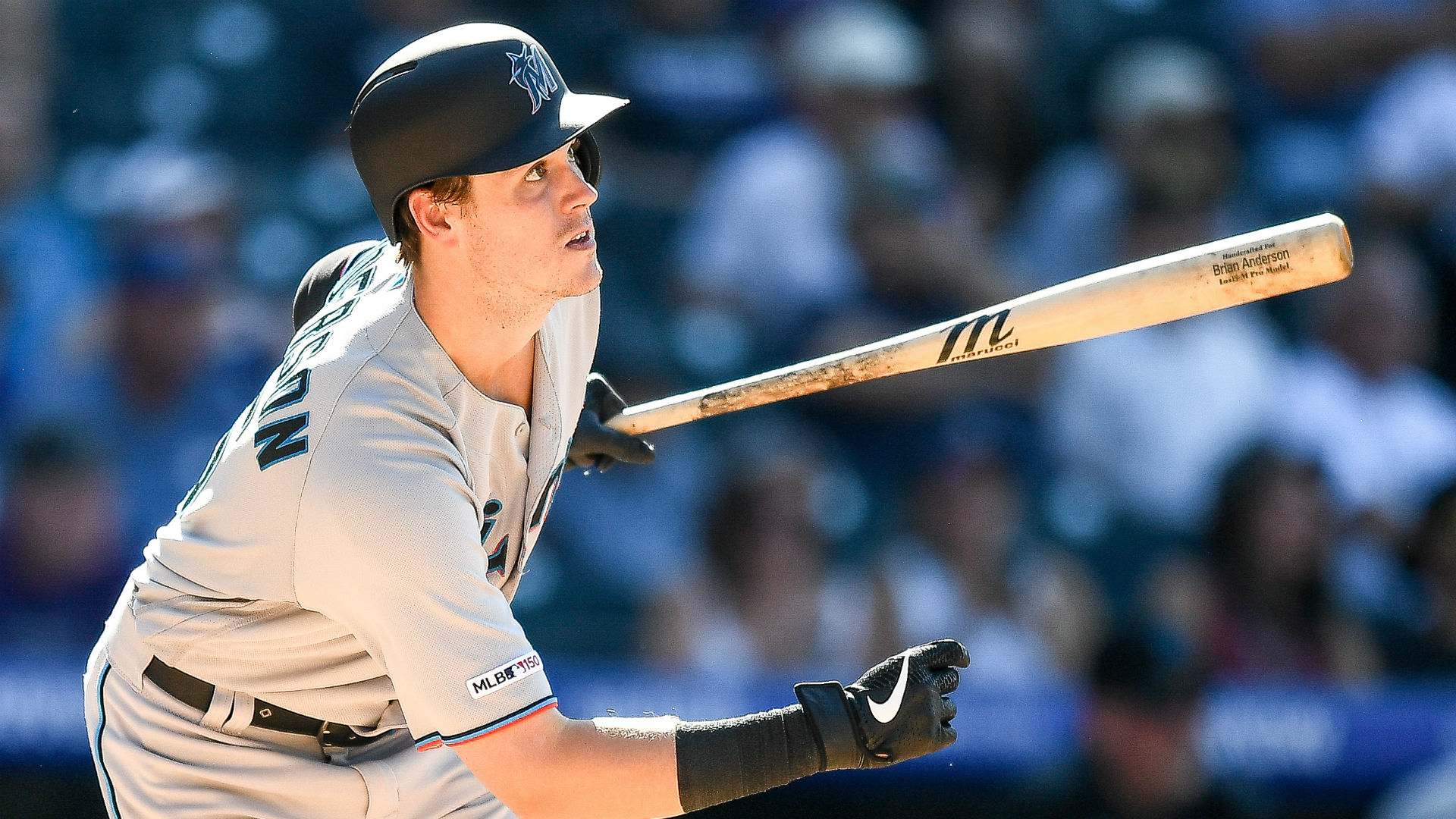 The Marlins third baseman and outfielder left a 19-11 win against the Phillies on Friday after a pitch struck and fractured his left hand. He spoke with reporters after the contest, and his words indicated he might be done for the year.

Brian Anderson on suffering a hand fracture tonight. He says that’s likely it for the season. #Marlins pic.twitter.com/2flM821ueZ

"I think I've had a similar injury before. I think it was back in middle school," Anderson said. "I broke my hand. It was a different hand. But it should be pretty straightforward. (I'll) Hopefully be back in six weeks. I'm not exactly sure the timetable yet. We haven't really seen the hand specialist yet."

Although the Marlins are far from the playoff hunt with their 46-81 record, Anderson was frustrated by the fact he'll probably miss the remainder of the season.

"Today was a tough day for me but I keep looking at it that it was a great day for our team," Anderson said of Miami's victory. "The way our guys fought today, that helped me out a lot."

The Marlins snapped a six-game losing streak with their win over Philadelphia, but things will be tougher for them moving forward without Anderson.

Miami will close out 2019 against the Phillies in a little more than a month on Sept. 29.