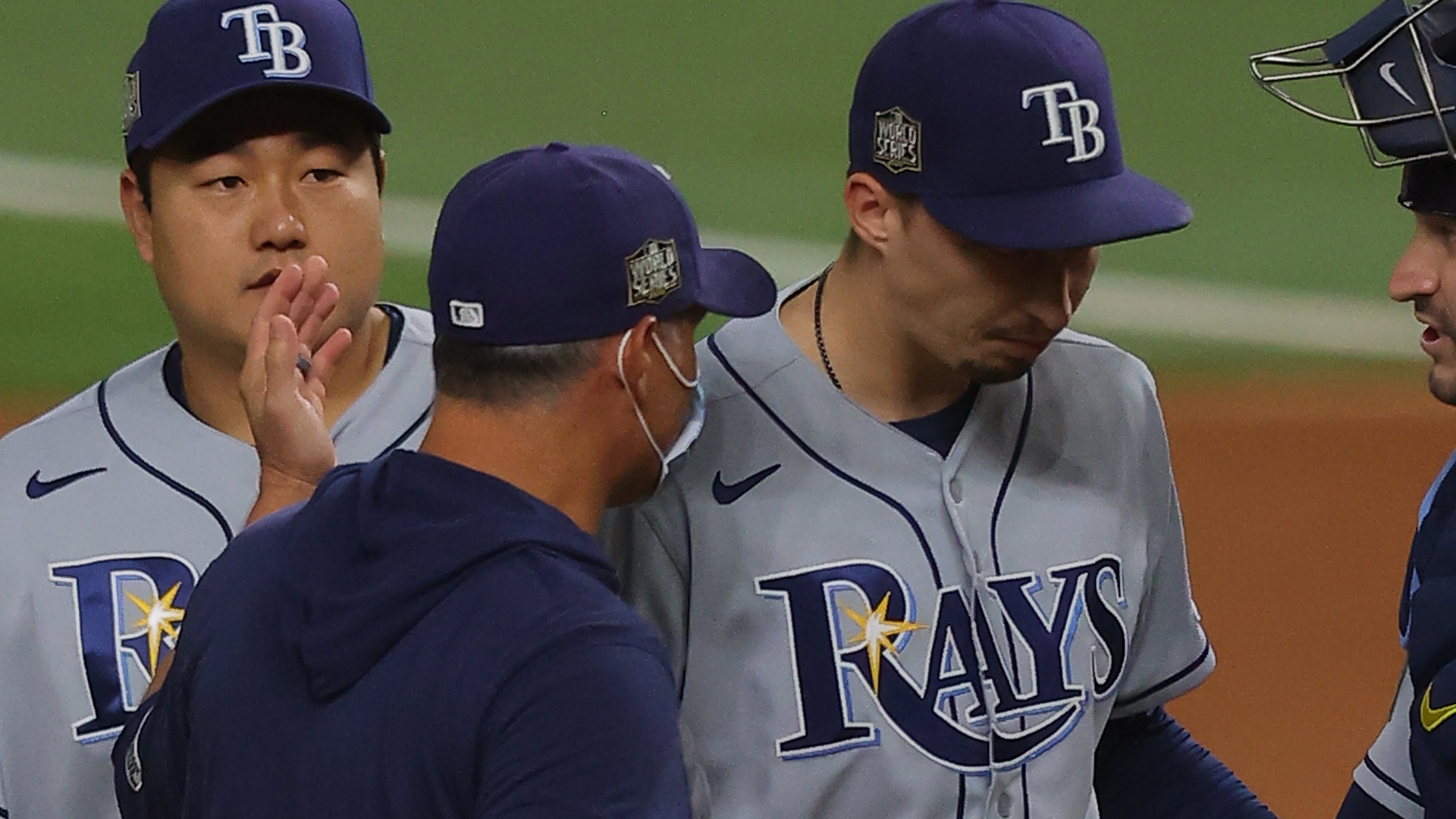 
In a year where very little has gone as expected, it is perhaps fitting that a backfired strategy contributed to the end of the Tampa Bay Rays' otherwise remarkable 2020 season.

With one highly controversial – and very questionable – managerial manoeuvre, Kevin Cash became a strong contender for Public Enemy No. 1, with his ill-fated decision to remove ace Blake Snell after 73 pitches and 5 1/3 virtually spotless innings in Game 6 of the World Series drawing the ire of the Twitterverse.

Everyone knows the outcome by now – a 1-0 Tampa Bay lead turned into a 2-1 deficit two batters into replacement Nick Anderson's stint, and the Los Angeles Dodgers would end the night celebrating their first championship in 32 years.

As unfathomable and unpopular as Cash's move was, the numbers – for the most part – do support it. Snell was as dominant as any pitcher during the truncated 2020 season in his first 50 pitches of a start, limiting hitters to a miniscule .149 average and a .498 OPS.

Blake Snell is bringing it. pic.twitter.com/YuMT0suDqe

He was considerably less effective in pitches 51-75 and struggled substantially beyond that threshold, as opponents batted .321 with an .892 OPS off the left-hander after the 75-pitch mark.

The reality is that Cash has been consistently – and successfully – employing the very same tactic with Snell not only for this season, but for the past three.

Only 11.3 percent of Snell's batters faced in 2020 came during the third time through the lineup, the exact point when he was lifted in Game 6. That's the lowest percentage of any pitcher with at least 50 innings pitched this season.

Going back to his brilliant 2018 AL Cy Young Award campaign, only three pitchers with at least 300 innings faced a smaller percentage of batters during the third time in the order.

So, was it the right move? The answer is no, only because it didn't work out. But no eyebrows were raised when Cash did the exact same thing in Game 1 of the Rays' opening round playoff series with Toronto, when Snell was yanked after 83 pitches with Tampa Bay holding a 1-0 lead with two outs in the sixth inning. The Rays went on to win 3-1.

The real takeaways from the series were twofold. First off, the Dodgers, with their parade of All-Stars past and present and cavernous financial advantages over the bargain-shopping Rays, were simply the better team like they were during the regular season, where their +136 run differential towered over the rest of baseball (in contrast, the Rays tied for the AL lead with a +60 differential). Secondly, the Rays didn't win in large part because they didn't hit.

The performance of overnight sensation Randy Arozarena notwithstanding, Tampa Bay's run production was abysmal for the majority of the six games as an offense that succeeded with patience and resourcefulness during the regular season morphed into a free-swinging, home run-dependent unit.

Rays hitters struck out in an astronomical 33.2 per cent of their plate appearances, the highest rate in World Series history, and reached base just 26.5 per cent of the time. Of Tampa Bay's 23 runs scored for the series, 13 came via the home run (56.5 per cent).

The Rays were the 37th team in World Series history with an on-base percentage of .265 or lower. Only six of those clubs wound up with the title, and three of them (the 1911 A's, 1939 Yankees, 1983 Orioles) had a higher OBP than their opponent.

Reliance on the long ball also hasn't historically been a recipe for World Series success, as only nine of 28 teams with over 50 per cent of their runs scored coming from homers went on to win a Fall Classic.

Tampa Bay were not that way during the regular season, as their .737 winning percentage (14-5) in games in which they failed to homer was by far the best in the majors. The Rays often offset that lack of big power by drawing walks, a part of their game that was too often non-existent against the Dodgers.

Tampa hitters induced free passes on 10.7 per cent of their plate appearances in the regular season, the fourth-highest rate in the majors. In the four games they lost in the World Series, the Rays walked a mere seven times in 132 appearances (5.3 per cent).

Now, the Rays were hardly an offensive juggernaut during the regular season, as they led the majors in strikeouts and ranked in the bottom third in batting average with runners in scoring position.

Tampa Bay were still able to produce the AL's best record due in large part to their terrific implementation of Cash's analytics-based strategy of "run prevention", utilising their deep pitching and strong defense to permit the fourth-fewest runs in the majors.

Those offensive shortcomings weren't exposed during the Rays' run to the World Series, mainly because their three earlier opponents (Blue Jays, Yankees, Astros) weren't good enough to do so (none of those teams finished higher than 12th in the majors in runs allowed).

The Dodgers, who yielded the second-fewest runs, were a far greater challenge, and that superiority in overall depth and talent ultimately proved to be too difficult an obstacle to overcome.

In essence, the Rays needed to be close to perfect to take the series. In Game 6, they simply weren't.