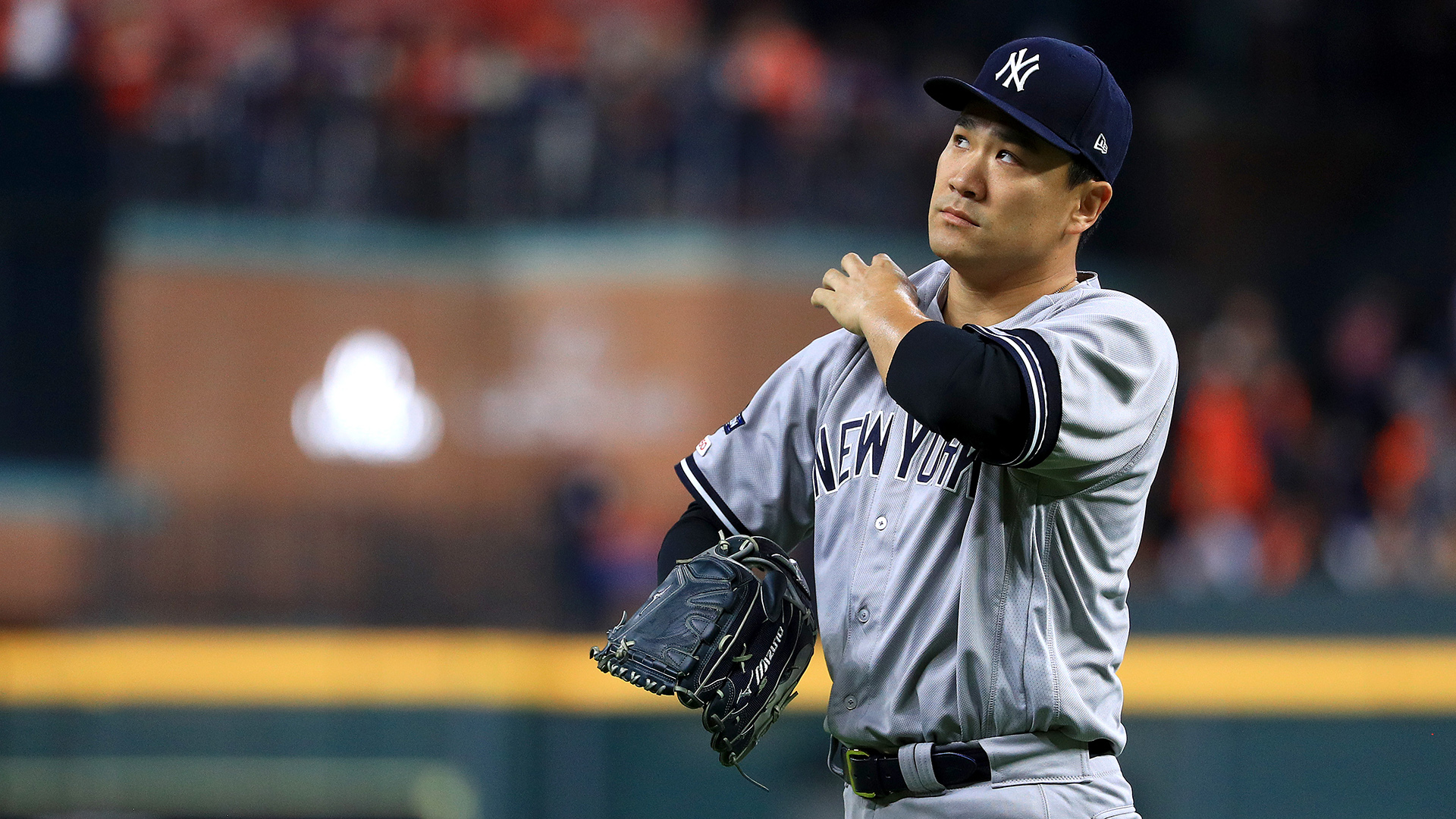 Are Yankees concerned that Masahiro Tanaka tired after 68 pitches in ALCS Game 1?


Yankees starting pitcher Masahiro Tanaka tired after only 68 pitches in his six scoreless innings against the Astros in New York's 7-0 ALCS Game 1 victory.

That should worry the Yankees, who need Tanaka, pitching on regular rest after Wednesday's rainout, to carry a heavier load in Game 4 Thursday at Yankee Stadium (8:08 p.m. ET, FS1).

“In kind of talking with him, he was tired after that sixth inning,” manager Aaron Boone said Wednesday on WFAN (via NJ.com). “I was probably going to send him back out (for the seventh) actually and kind of go hitter to hitter at that point. But in how I speak with him in between innings and stuff, I felt like that was the time to do it there.”

Houston enters the critical Game 4 with a 2-1 series lead and, more important and speaking of pitchers' fatigue, there won't be anymore off-days in the series. That means if the ALCS goes the full seven games then the teams will play four games in four days, traveling from New York to Houston after Friday's 7 p.m. ET game ahead of Saturday night's Game 6, if necessary.

Asked Wednesday if he would use relievers three or four days in a row, Boone told reporters: "Yeah, I think I definitely would do it. Now, that's a case-by-case basis and depends on the individual. … I'm certainly open to them running out there every day but it's something that's kind of always fluid with the different individual pitchers and how they're able to bounce back."

They did get a day off Wednesday because of the postponement, but Yankees relievers have logged 26 2/3 of 55 postseason innings. So while the rainout prevented a planned "bullpen day" Wednesday, there will be no rest moving forward for a much-used bullpen.

Translation: The Yankees need their starting pitchers to plow through innings against the Astros' explosive lineup.

Tanaka hasn’t thrown more than 88 pitches in a start since topping 100 pitches in three consecutive starts from Aug. 22 to Sept. 2.

He has lasted longer than five innings only once since then, though he has allowed only four hits and one earned run in two postseason starts.

He threw 83 pitches in his other postseason start, a win over the Twins in Game 2 of the AL Division Series.

"I feel like he’s good to go and poised and ready to go for (Friday)," Boone said on WFAN, "and hopefully he can have another outing where he gets deep into the game for us.”