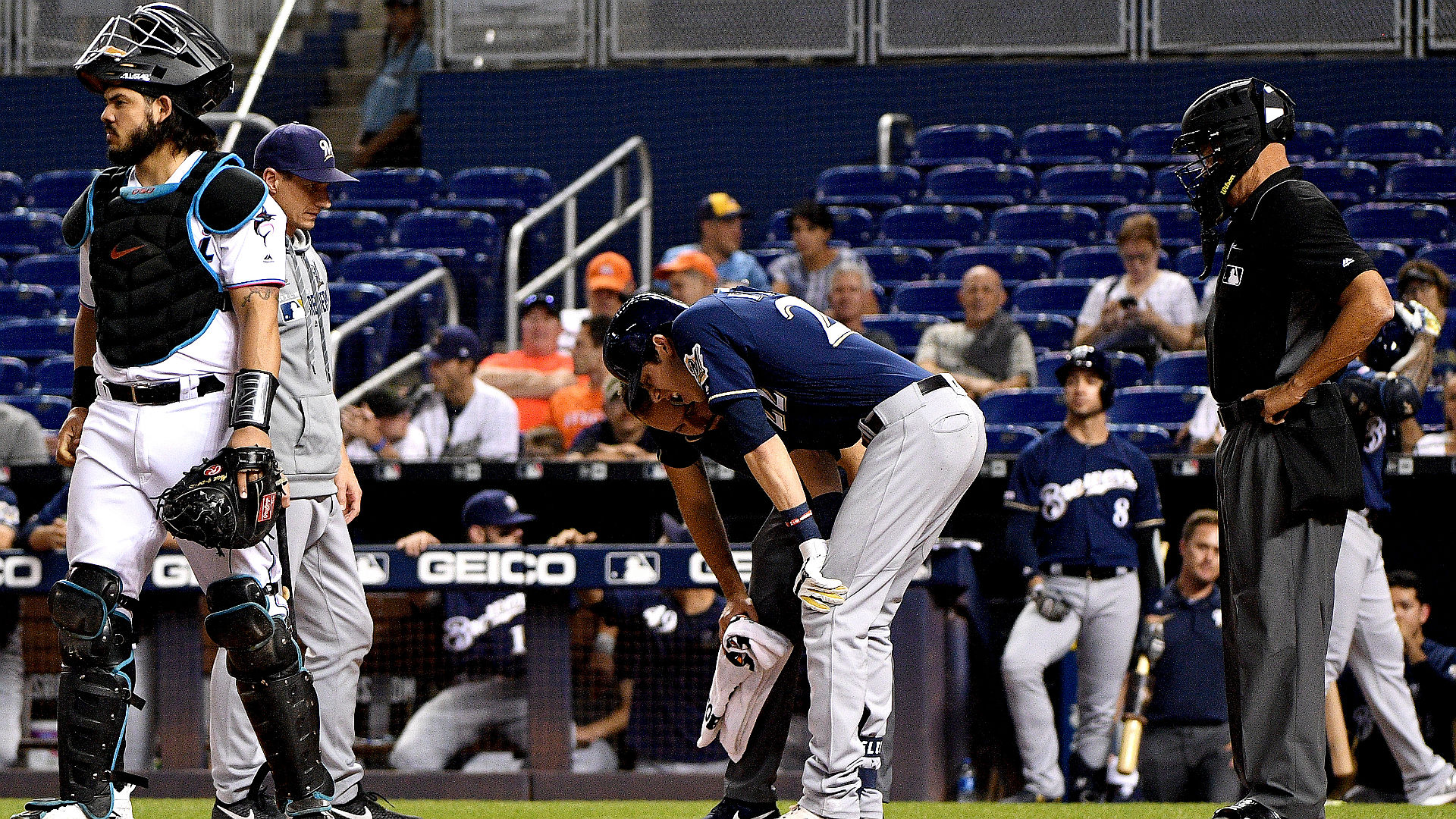 
Christian Yelich will not be back on the field in 2019, but he did get some good news Wednesday.

The Brewers star will miss the rest of the season after fracturing his right knee cap Tuesday in a 4-3 win over the Marlins, the team announced. However, according to a report from The Athletic, his injury will not require surgery.

Christian Yelich left tonight’s game with a fractured right knee cap. He will miss the remainder of the season.

The 2018 MVP's recovery timeline now appears to be six to eight weeks.

The news, first reported by @JimBowdenGM, is the best-case scenario for Yelich and Brewers. Likely looking at six-to-eight week timeline. https://t.co/uvtbxx8VLs

Yelich suffered the injury after lining a ball off his leg in the first inning. He stayed down on the ground for several moments and was attended to by trainers before walking off the field under his own power.

This is... so sad. So bad for baseball 😔 pic.twitter.com/nGGVLeIRjT