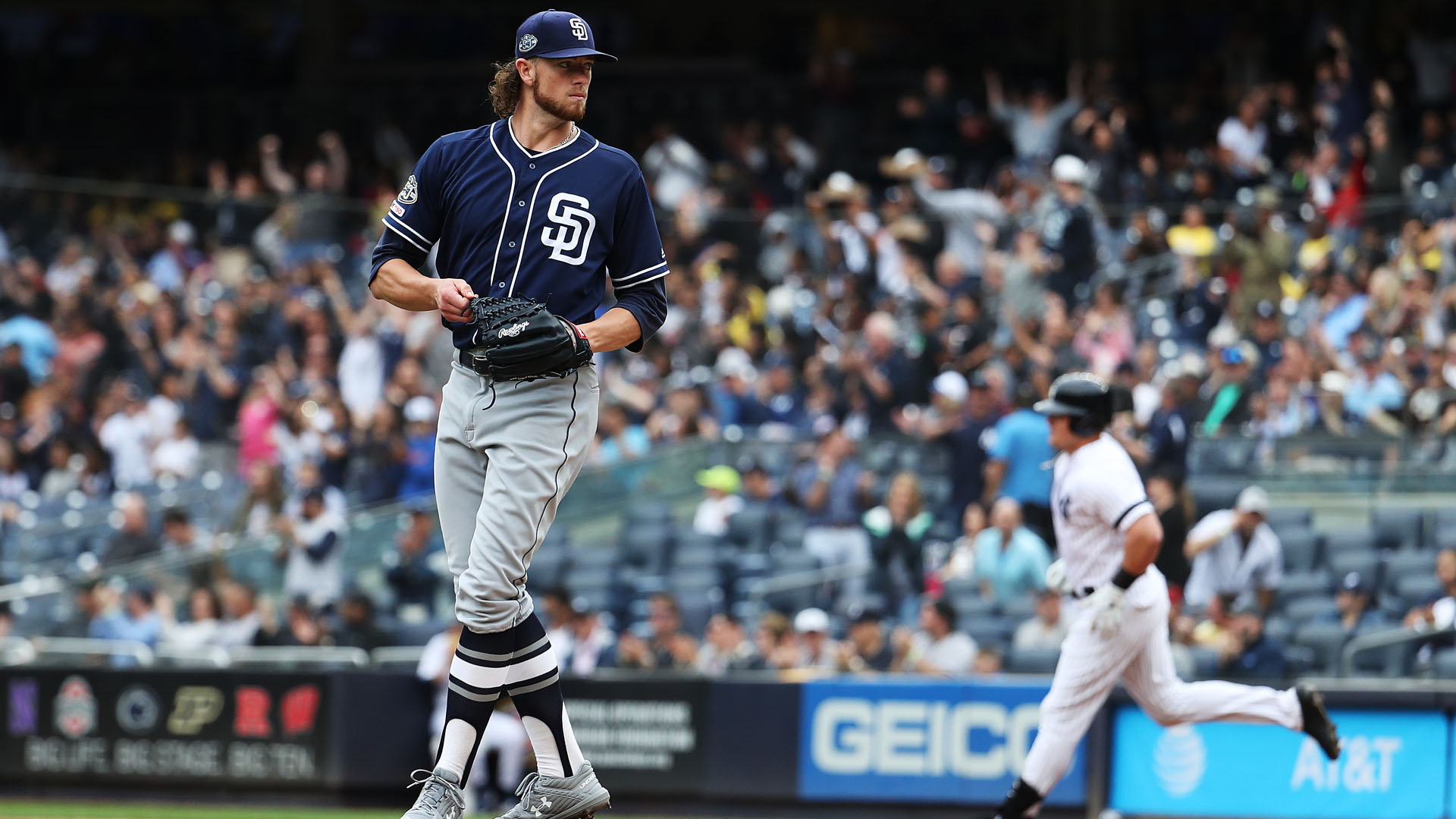 The Padres rookie is finally starting to show signs of weakness and his faults were pretty glaring in a 7-0 loss to the Yankees on Wednesday.

Paddack gave up four earned runs and three homers for the first time in his career in the loss and was clearly frustrated on the mound.

And now, in his last three starts, he has given up five home runs after giving up two in his first seven.

Paddack is still the leading candidate in the race for the Rookie of the Year in the National League, but he is also discovering not every ballpark is Petco.

Yankee Stadium is a tough place to pitch and Paddack had trouble keeping the ball in that ballpark. That's something he'll have to learn the more he works his way around the league.

Also of note from this game, James Paxton made his return from the injured list for the Yankees and tossed four hitless, scoreless innings with seven strikeouts.

Not a bad return at all for the Yankees' star offseason acquisition.

Angels outfielder Cesar Puello went 3 for 6 with his first career home run and four RBIs in Los Angeles' 12-7 win in extra innings over the Athletics.

Pirates first baseman Josh Bell went 3 for 5 with three RBIs and his 18th homer of the season in a 7-2 win over the Reds.

Nationals outfielder Juan Soto went 2 for 4 with a home run and two RBIs in a 14-4 win over the Braves.

Cardinals righty Michael Wacha's move to the bullpen didn't help his performance much as he gave up six runs in one inning of work in an 11-4 loss to the Phillies.

Twins (37-17) at Rays (34-19), 7:10 p.m. ET — Martin Perez (7-1, 2.95 ERA) might just be the new Charlie Morton. Perez struggled throughout his career with the Rangers, but has been rejuvenated in Minnesota and is looking like the stud Texas thought he could be. Now he is matched up with Morton (5-0, 2.54) who did much of the same thing when he signed with the Astros three years ago. No matter where either player is in his career, this is a great pitching matchup.