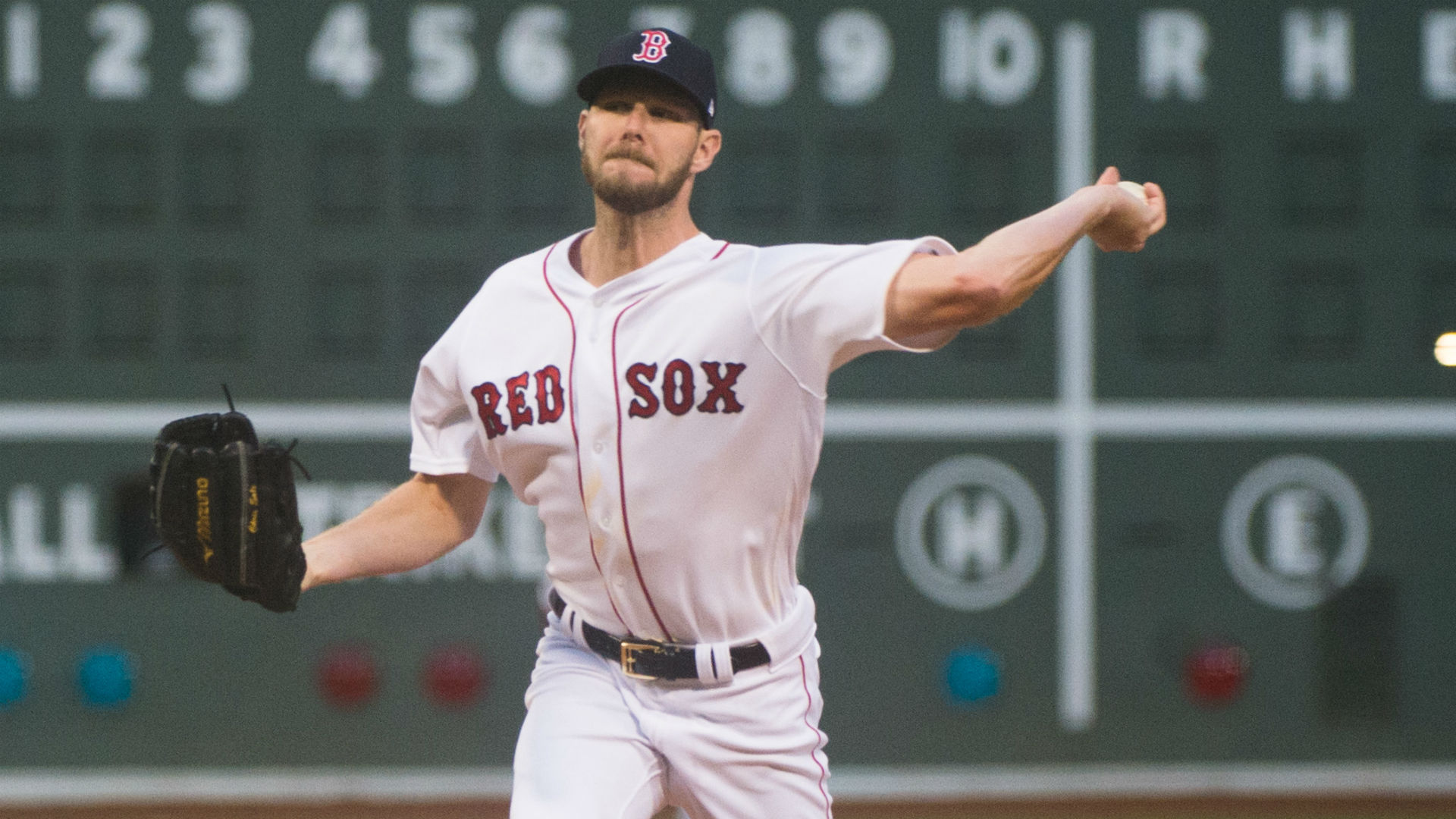 
Chris Sale struck out a whopping 17 batters against the Rockies on Tuesday.

He gave up just three hits and two earned runs in seven innings of work as the Red Sox looked to be closing in on their sixth consecutive win. But, Colorado didn't go down without a fight.

Nolan Arenado started the Rockies comeback with a two-run homer in the seventh and they eventually went on to win in extra innings, 5-4.

Despite the loss, Boston — and more notably Sale — still impressed on the mound.

In Sale's previous start, the Red Sox became the first team with 22 strikeouts and no walks in a game. This time around, they pushed their total to 24 Ks while Sale became the first pitcher in MLB history to strike out at least 17 batters in seven or fewer innings, according to USA Today.

Studs of the Night:

Vladimir Guerrero Jr. hit his first major league homer and became the youngest player in Blue Jays history to hit a home run at just 20 years and 59 days old. He was 18 days younger than Danny Ainge, who held the previous record (20 years, 77 days old) since June 1979. Guerrero homered again to become the youngest American League player to do so twice in a game since Manny Machado in 2012.

You'll never forget where you were for this one!#LetsGoBlueJays pic.twitter.com/ZeuDRgHXi2

Dud of the Night:

Ryan Carpenter struggled on the mound against the Astros. The left-hander allowed nine hits and seven earned runs in four innings of work as the Tigers fell, 11-4.

Wilson Ramos started the Mets' game in the best possible way — with a grand slam. New York went on to win 6-2 over Washington.

Bryce Harper made a pair of impressive catches.

These are, in fact, two different catches in this clip. pic.twitter.com/vWIzn1wCe0