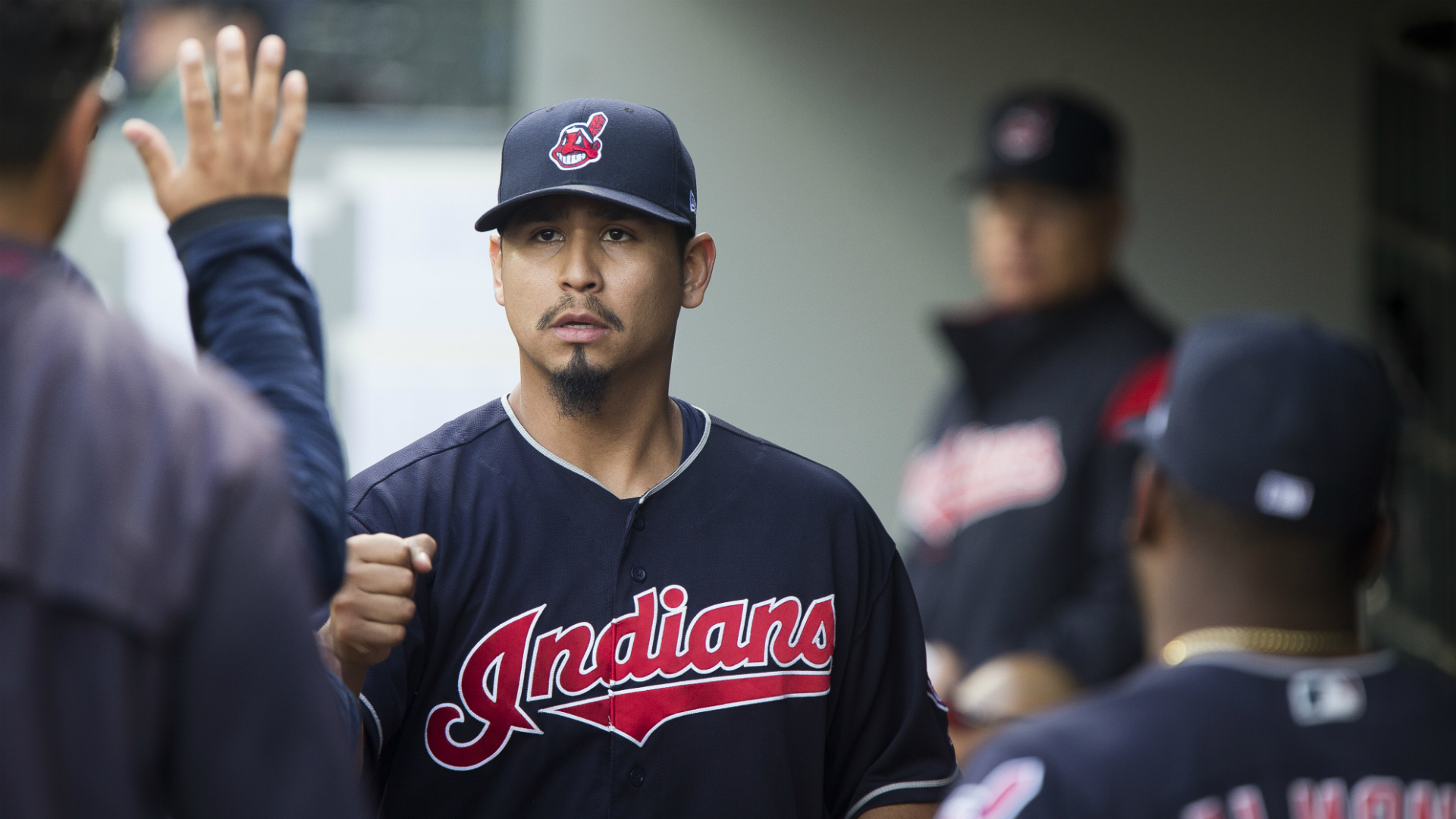 
Indians pitcher Carlos Carrasco returned to the mound Monday for his first rehab appearance since he was diagnosed with cancer in June.

"I spent two and a half months away from baseball, just coming back today out of the bullpen feels great," Carrasco said (via Fox 8 Cleveland).

Carlos Carrasco is making his first rehab start since being diagnosed with leukemia.

Carrasco threw 16 pitches with a strikeout in one inning of relief Monday for Double-A Akron against Harrisburg, marking his first outing since landing on the injured list in June due to chronic myeloid leukemia.

The right-hander recieved a standing ovation from fans at Canal Park when he jogged in from the bullpen. He admitted he was nervous at first, but quickly settled in and felt more comfortable after he threw his first pitch.

“Right away, I looked back to the scoreboard because I just wanted to find out what was that pitch, and it was 97 and it feels great," Carrasco said (per MLB.com). “I was surprised because all my pitches were way different than before."

Indians manager Terry Francona said Carrasco will be kept on a reliever’s program for now to ease back in. Carrasco is scheduled to pitch again for Akron on Thursday, and then the Indians will decide what's next for the 32-year-old.

“When he started thinking about building up as a starter, it kind of seemed a little daunting, a little far away,” Francona told reporters. “This is something he can latch onto and be a part of our team and really help us, and it doesn’t seem so far away.”

Carrasco also thanked his team and fans for supporting him throughout the process.

“It feels great because those people were behind me the whole way,” Carrasco said. “From day one until now.”