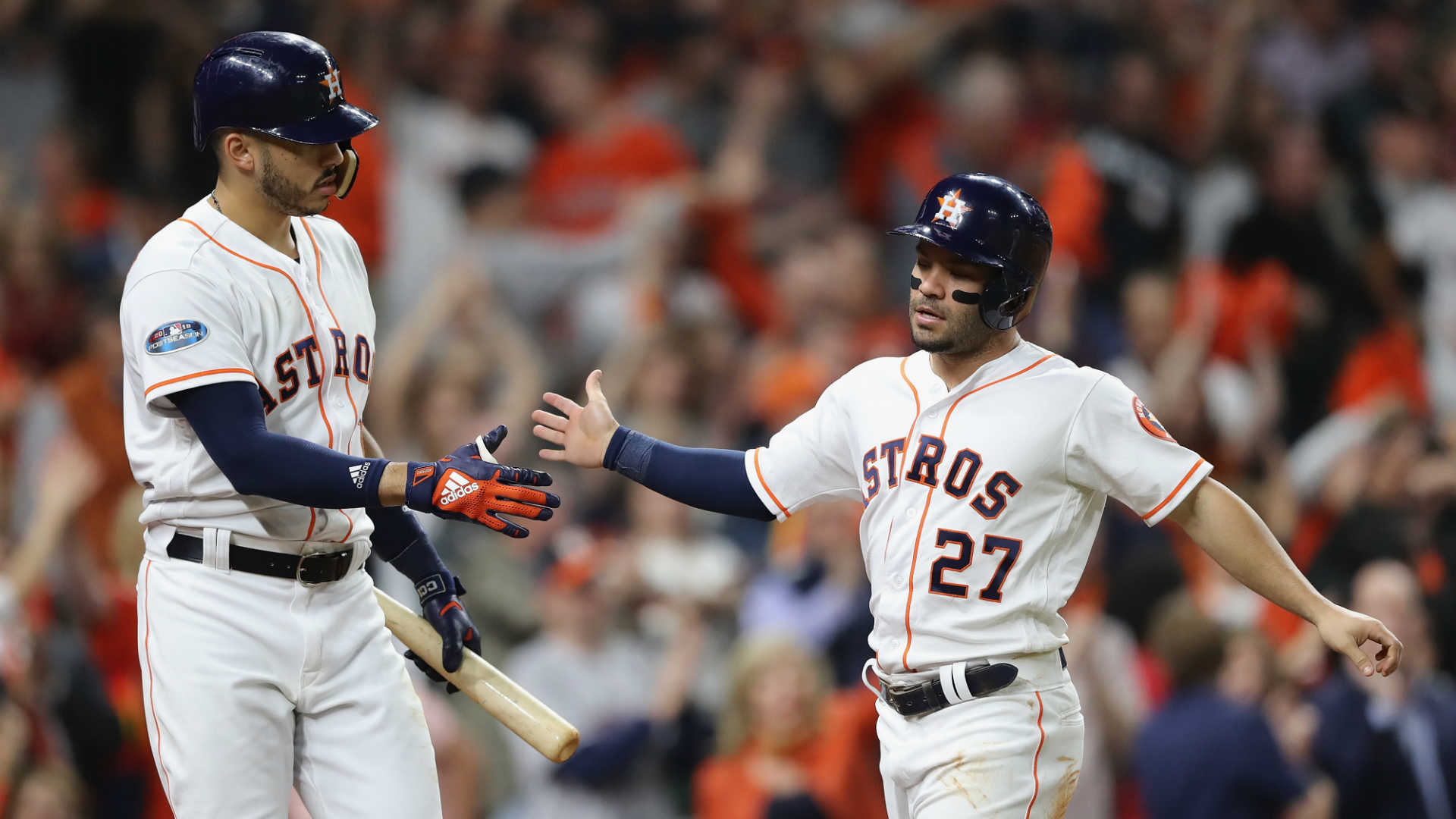 
The Astros' growing collection of injuries has taken what the Houston Chronicle described as "a more troubling turn."

All-Star shortstop Carlos Correa, scratched from the lineup Tuesday against the Cubs after reporting soreness in his ribs, will be out 4-6 with a broken rib, the team announced Wednesday (via their official website).

The team placed him on the 10-day injured list and recalled infielder/outfielder Myles Straw from Triple-A Round Rock.

The news comes the day after All-Star second baseman Jose Altuve, out since May 10 with a hamstring strain, returned from consecutive games in his rehab assignment because of "fatigue and soreness" in his surgically repaired right leg.

Both Altuve and Correa were evaluated by team doctors Tuesday.

After the Astros' 9-6 win over the Cubs on Tuesday, manager A.J. Hinch had told reporters he had no update on Correa's status but said the news on Altuve was "a little more encouraging," adding that he would need "time to strengthen" his lower body. While not being any more specific about the doctors' assessment, Hinch said Altuve's diagnosis was "exactly what we thought."

Correa had been expected to start Tuesday after receiving a planned day off Monday but awoke Tuesday morning with the rib soreness. He's batting .295/.360/.547 with 11 home runs and 35 RBIs in 50 games.

The Astros have been hit hard by injuries over the past week, most notably with All-Star outfielder George Springer (left hamstring), but Aledmys Diaz (left hamstring) and Max Stassi (left knee soreness) also have landed on the injured list with Springer.

Despite the injury problems, Houston leads the AL West at 37-19 entering Wednesday's play.

“Injuries suck, no matter what time it happens,” Hinch said (via MLB.com). “This has been a bad week for us, but we’re going to be fine. We have good players that can win games.”

With both Altuve and Correa, plus Diaz, sidelined, Jack Mayfield and Tony Kemp have stepped in in the middle infield. Presumably the 24-year-old Straw, batting .289/.369/.353 with one home run and 18 RBIs at Triple-A, will see some spot time, too.