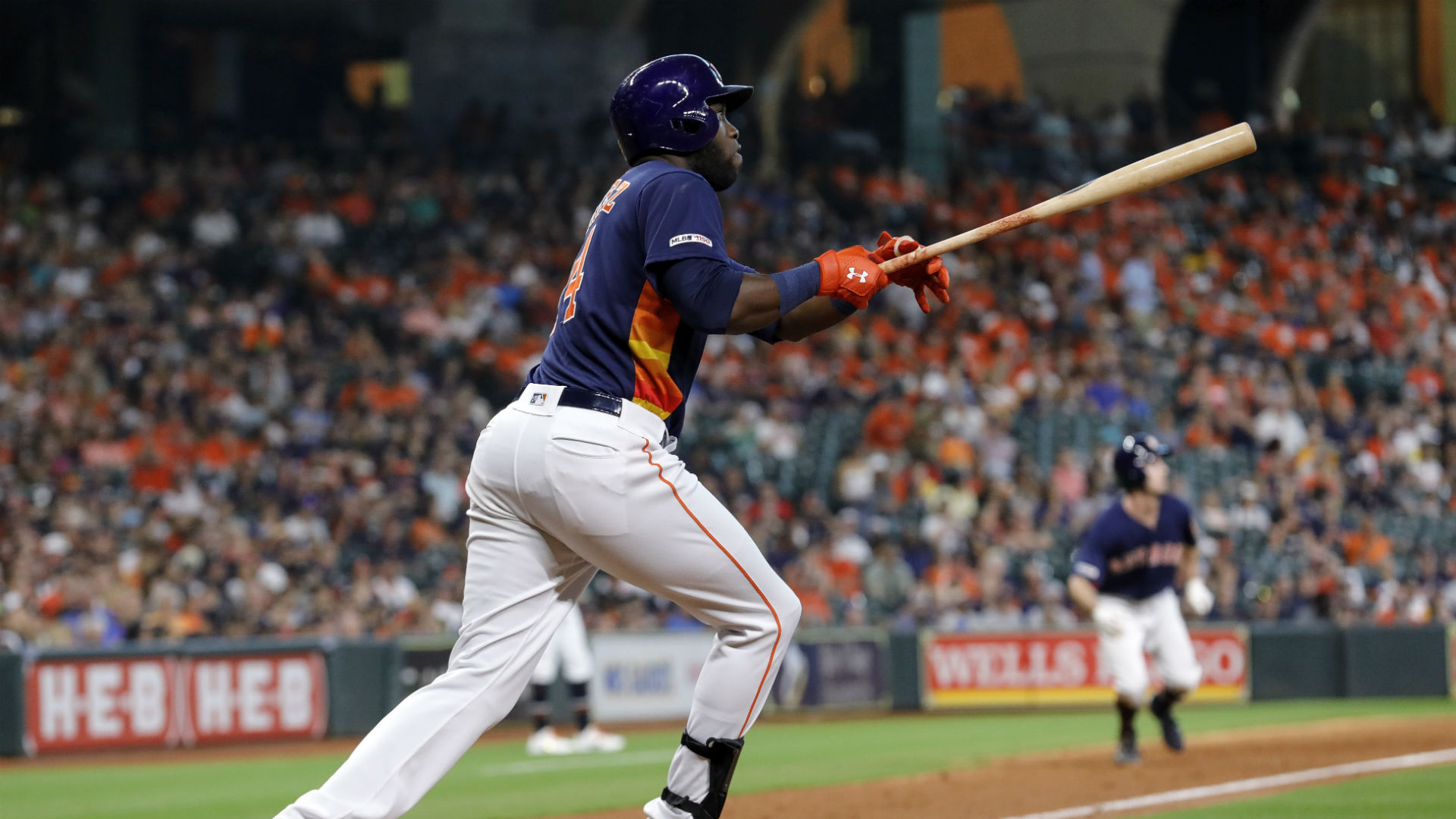 
Houston had a productive day at the plate in its 21-1 victory over Seattle on Sunday.

The Astros tallied 22 hits from 11 different batters against the Mariners and Yordan Alvarez led the way offensively.

Alvarez served as Houston's designated hitter and went 4 for 6 with six RBIs.

But the Astros also had great pitching.

Gerrit Cole tallied 15 strikeouts in eight innings of work and only gave up one hit to Seattle, which came on a Shed Long home run in the fourth inning.

The second pitcher to EVER strike out 14+ in three straight starts: @GerritCole45 pic.twitter.com/MwJWYLGon2

The Astros are 94-50 and hold a 9 1/2 game lead over the second-place Athletics in the American League West. The Mariners, on the other hand, are last in the division with a 58-86 record.

Sandy Alcantara recorded eight strikeouts for the Marlins and shut the Royals out 9-0.

Eugenio Suarez went 3 for 4 and hit two home runs in the Reds' 4-3 victory over the Diamondbacks.

Yan Gomes hit two home runs in the Nationals' 9-4 win against the Braves.

Evan Longoria went hitless and struck out in all four of his at-bats in San Francisco's 5-0 loss to Los Angeles.

Chicago's Ryan Cordell wasn't letting this ball get away.

Athletics (84-59) at Astros (94-50) 8:10 p.m. ET — Oakland is second to Houston in the American League West and both teams have been playing great baseball as of late. The four-game series between the Athletics and Astros should be a must-see matchup.