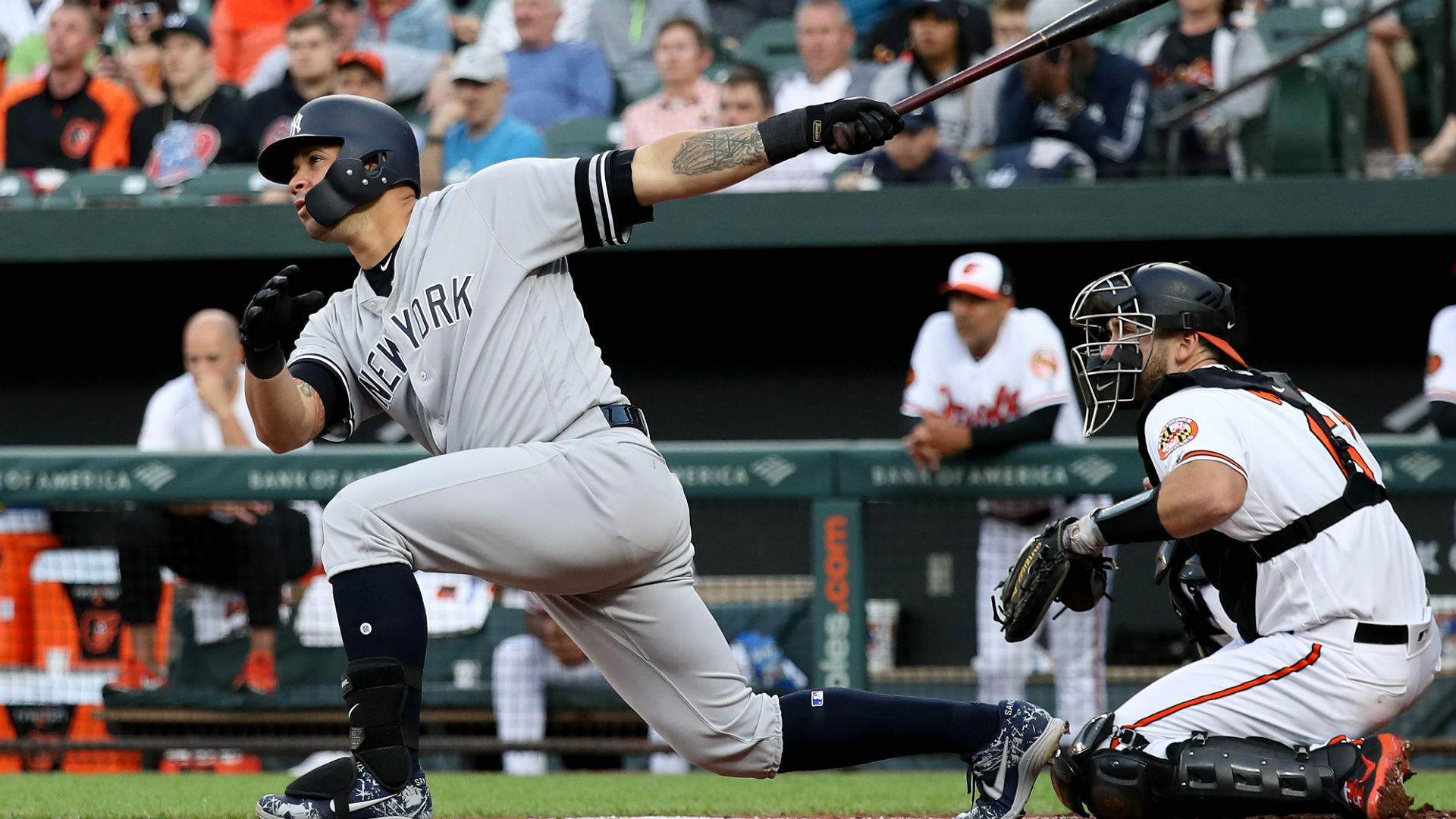 
The Yankees are on a roll.

New York scored six runs in the first three innings and cruised to an easy 11-4 victory over the Orioles on Tuesday at Camden Yards. It has now won seven of its last eight games.

Yankees outfielder Clint Frazier went 2 for 4 with five RBIs in the victory while Gary Sanchez drove in four runs, including a first inning homer.

Gary Sanchez gets them again.pic.twitter.com/XJmK8H8mGf

Domingo German picked up the win for New York after allowing two earned runs over five innings. David Hale was credited with the save after he pitched four innings of one-run ball.

Stevie Wilkerson hit a three-run homer for the Orioles.

The Yankees and Orioles will play the third game of their four-game series Wednesday.

Studs of the night

German Marquez threw eight scoreless innings and struck out seven in the Rockies’ 5-0 win over the Pirates.

Chad Wallach put the Marlins ahead with a double in the 11th inning. Miami held on to beat the Tigers 5-4.

Duds of the night

Mets reliever Jeurys Familia allowed two runs and recorded just one out against the Nationals. The Mets, however, still managed to win 6-5.

Eric Thames was 0 for 4 with two strikeouts in the Brewers’ 3-0 loss to the Reds.

This ball was smoked.

Over all the seats in the second deck. 😱 pic.twitter.com/wDiz6CQwhI

So was this Mike Trout blast.

Sit back, relax and take in the sweet sounds of the....