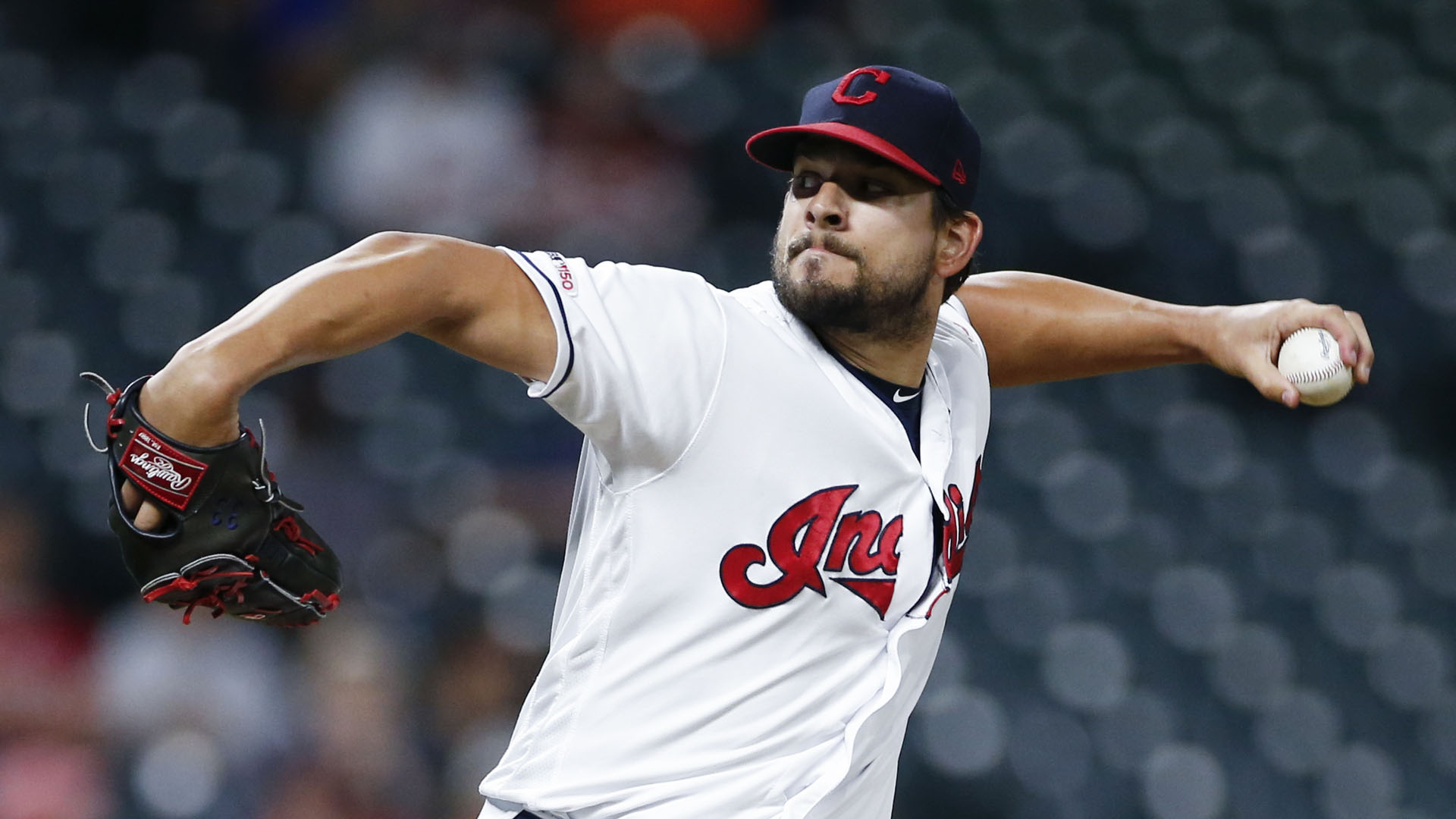 
The Indians sent closer Brad Hand back to Cleveland for an MRI exam late Tuesday night, and though the tests came back clean manager Terry Francona said, "We'll see how he shows up on Friday."

It appears, however, the Indians are prepared to be without the closer, at least in the near term.

“The MRI came back clean, which we’re thrilled about,” Francona told reporters Wednesday (via Cleveland.com). “Now we just have to build him back up. How that goes will be determined by how he feels. He got treatment today and (will) tomorrow. We’ll see how he shows up on Friday.”

Friday is key in that the Indians (86-61) open a crucial three-game AL Central series against the first-place Twins (89-56). (The Indians are off Thursday, while the Twins plays at Washington before heading to Cleveland.)

Hand, 29, has struggled since the All-Star break, thus leading to the MRI exam. “It’s just kind of a tired arm," Francona said. "He just hasn’t been bouncing back."

Not exactly lockdown territory — and the clock is ticking on the regular season.

With 15 games to play, the Indians enter Thursday's games a half-game behind the A’s for the second AL wild card and a game back of the wild card-leading Rays.

Cleveland completed a sweep of the Angels on Wednesday as Francona mixed and matched relievers.

Asked if he would have to go with a closer-by-committee for the season's remaining games, Francona said, “From now on, no. For the next couple of days, yes. I don’t think it will be more than that (for Hand). When you do an MRI on somebody who has thrown as much as he has and it comes back that clean, it makes you feel pretty good.”

All told, the Indians used six relievers in Wednesday's game: Carlos Carrasco (who got the win), Tyler Clippard, Nick Goody, Nick Wittgren, Oliver Perez and Adam Cimber, the last three, in order, getting an out each in the ninth to close out a 4-3 victory.

“There’s a little bit more uncertainty at the end of the game,” said Clippard, when asked how the bullpen would change without Hand. "That’s pretty much it.

“We’re ready. The nice thing is what we’ve done all year — nobody has really had set roles, except for Brad. We’re ready for everything down there. That’s the way it’s been all year. Nothing is going to really throw us off. We’re ready to go when Tito wants us to go.”