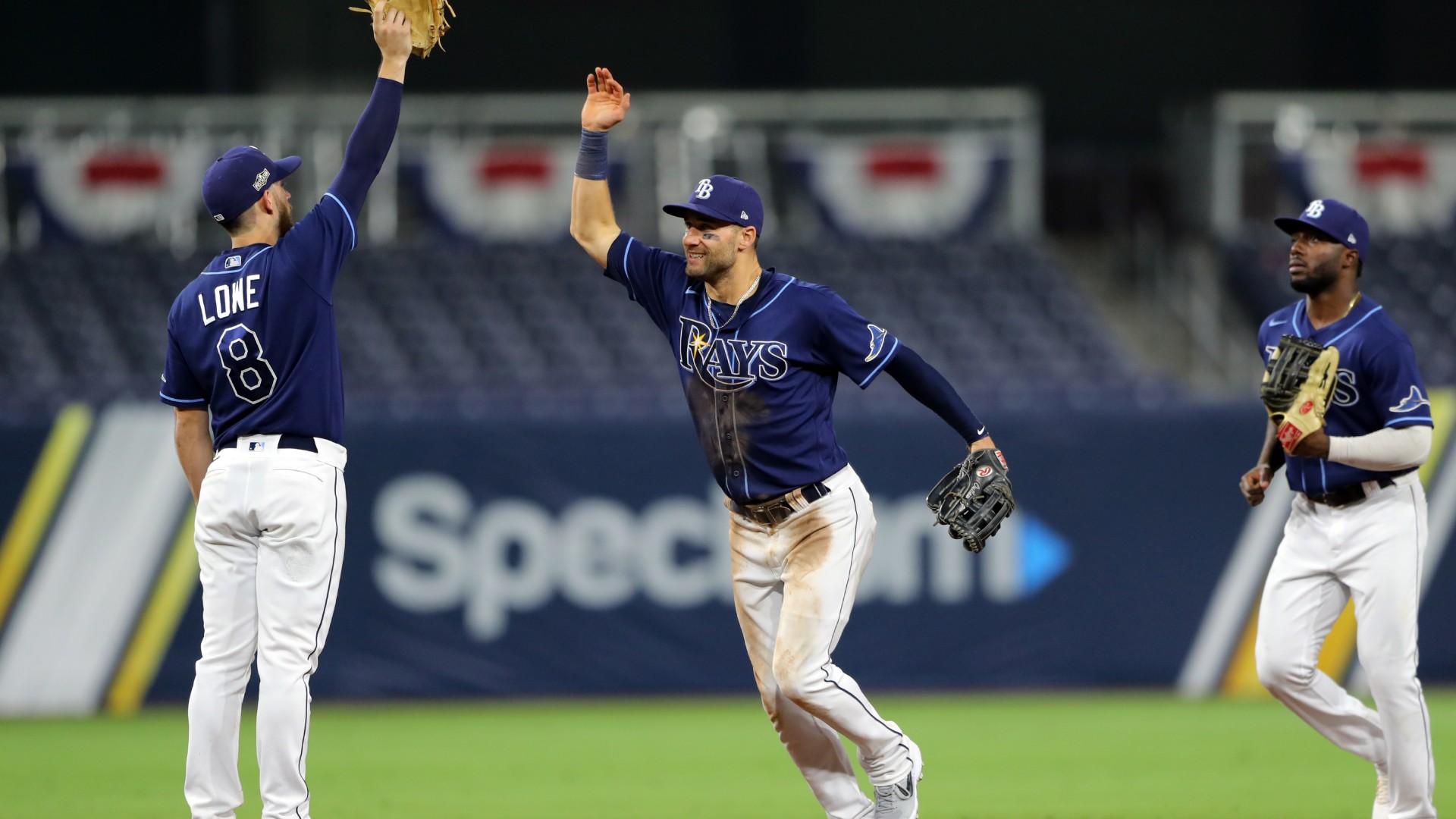 
The Tampa Bay Rays beat the New York Yankees 7-5 in the second game of their best-of-five American League Division Series at Petco Park in San Diego.

Matching the Yankees' four home runs in their game one win a day earlier, the Rays also set a new post-season record of 18 strikeouts.

"We needed a win today," he said. "We needed to find a way to win today and we did. Those guys put in some pretty gutsy performances."

Elsewhere, the Houston Astros are just one game away from the AL Championship Series after a 5-2 win over the Oakland Athletics in their second meeting.

In the National League Division Series, meanwhile, the Atlanta Braves saw off the Miami Marlins 9-5, while the Los Angeles Dodgers cruised past the San Diego Padres 5-1.

Tyler Glasnow was central to the Rays' victory over the Yankees, setting the tone for a superb pitching display from his side with some blistering throws.

The right-hander threw fastballs over 100 mph to Aaron Judge and Aaron Hicks in the first inning, marking the fastest pitches of his career. In total, he registered eight pitches over 100 mph; the third most by a starter in a post-season game since data became available in 2008.

"With Glasnow, I mean he was just locating his fastball," Hicks said. "By doing that, it just makes his curveball that [much] more effective. That's pretty much throughout their whole pitching staff."

Making his second career post-season start, Max Fried endured a game to forget despite the Braves' win. He lost Miguel Rojas' long home run in the second, before labouring amid a three-run, 31-pitch third.