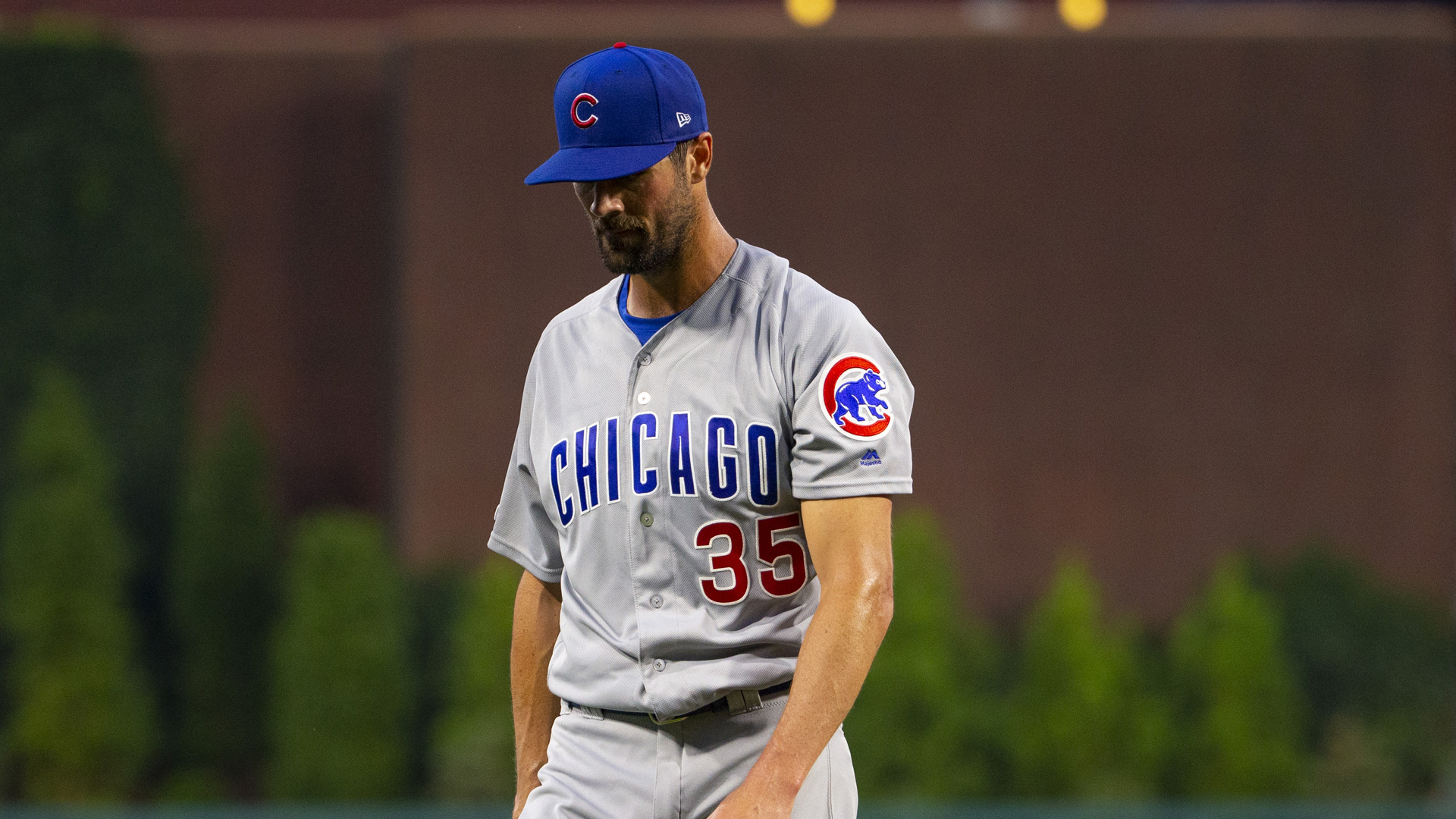 They have only been swept once in that time for what it's worth, but still, it's not what you want.

This will essentially mean they'll go just about 3 calendar months without a road series win.

They've been swept only once. Will attempt to avoid that tomorrow.

With their loss Wednesday, Chicago is now 23-37 on the road in 2019. That is the worst of any team currently in a playoff spot and better than just seven teams in all of MLB.

The Pirates are 13 1/2 games back of the Cubs in the National League Central but have a better road record than the Cubs.

The Cardinals are now tied with Chicago atop the Central after a 6-0 win over the Royals, their fifth-straight victory. The Brewers are 1 1/2 games back after their win over the Twins.

Yuli Gurriel went 3 for 4 with two home runs and three RBIs for the Astros, but James McCann hit a go-ahead grand slam in the eighth inning to lead the White Sox to a 13-9 win. McCann finished 2 for 4 on the day.

Xander Bogaerts went 3 for 4 with two home runs and four RBIs. His three-run homer in the seventh put the Red Sox ahead for good in a 5-1 win over the Indians.

Gary Sanchez went 3 for 3 with a home run in the Yankees' 6-5 win over the Orioles, their 16th straight victory over Baltimore.

Reds starter Trevor Bauer gave up nine runs in 4 1/3 innings of a 17-7 loss to the Nationals. Eight of those runs came in the fifth inning alone in which Washington put up a 10-spot.

Albert Pujols made history with an RBI single against the Pirates. He now has the most hits all time for a foreign-born player in MLB history, passing Adrian Beltre.

With that hit, Albert Pujols got the Halos on the board and now holds the top spot for most career hits for a player born outside the United States!! What a Milestone!!⚾🔥👏@Angels | @PujolsFive pic.twitter.com/co6XKahKhM

Indians (72-49) at Yankees (81-41) 7:05 p.m. ET — The Indians need every win they can get as they are in a heated division race for the American League Central with the Twins. The Yankees have a nice cushion on the best record in the American League after Houston lost to the White Sox twice in a three-game series this week. New York now has its sights set on the Dodgers for the best record in all of MLB. The two teams face off in an important series starting Thursday.