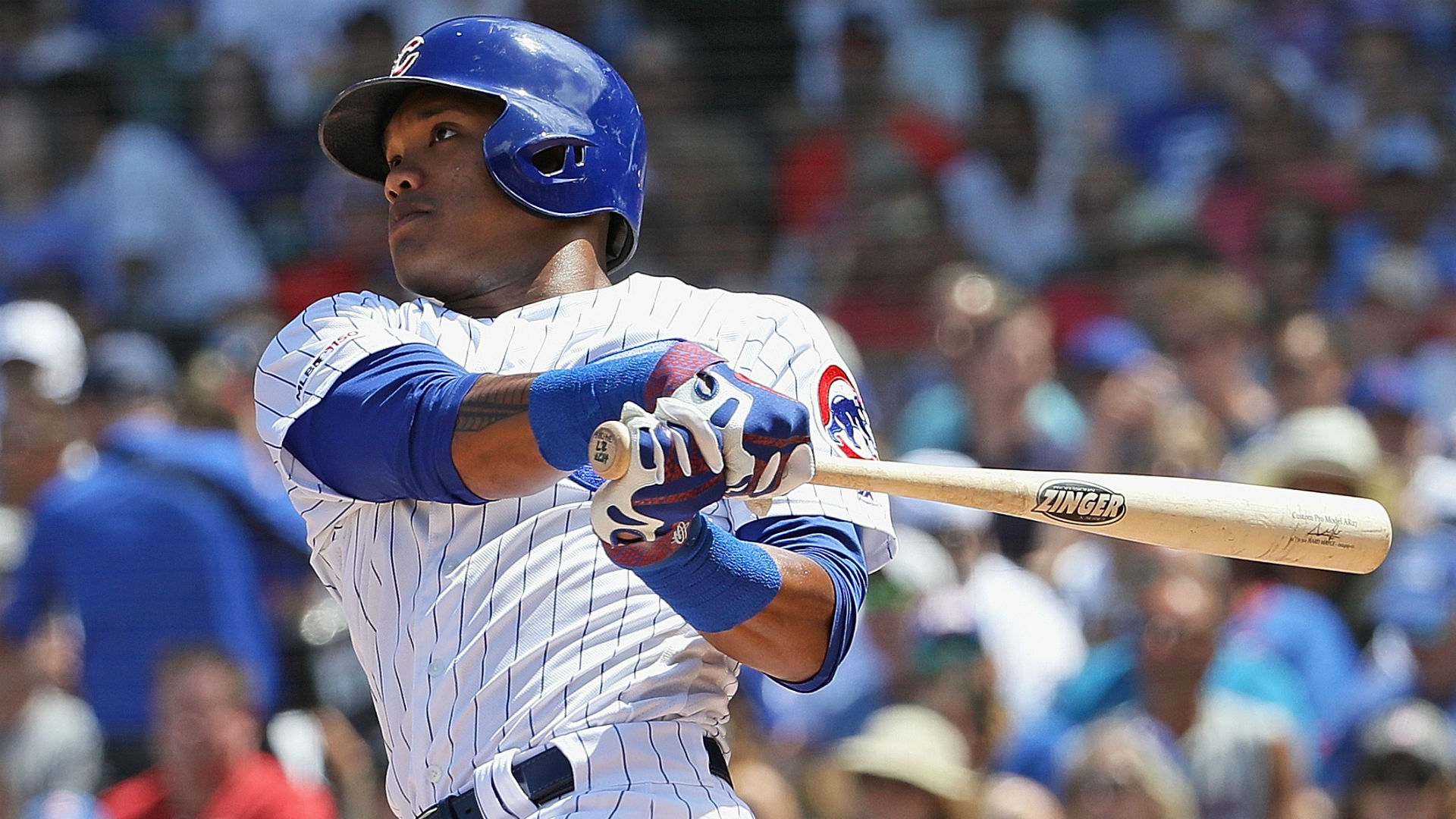 
Cubs shortstop Addison Russell left Sunday's game against the Brewers after being hit in the head by a pitch.

Brewers starter Adrian Houser threw a 94 mph fastball up and in that struck Russell. He went down immediately, and was tended to for several minutes before going to first base.

Addison Russell got drilled in the head. He is back up on his feet but this was scary pic.twitter.com/BJ87eb6wG4

But Russell left the game before the bottom of the inning. David Bote replaced Russell at shortstop, with Ian Happ coming in to play third base.

The Cubs are relying on Russell to fill the void left by an injury to All-Star Javier Baez, who has a hairline fracture in his thumb and may miss the rest of the regular season.