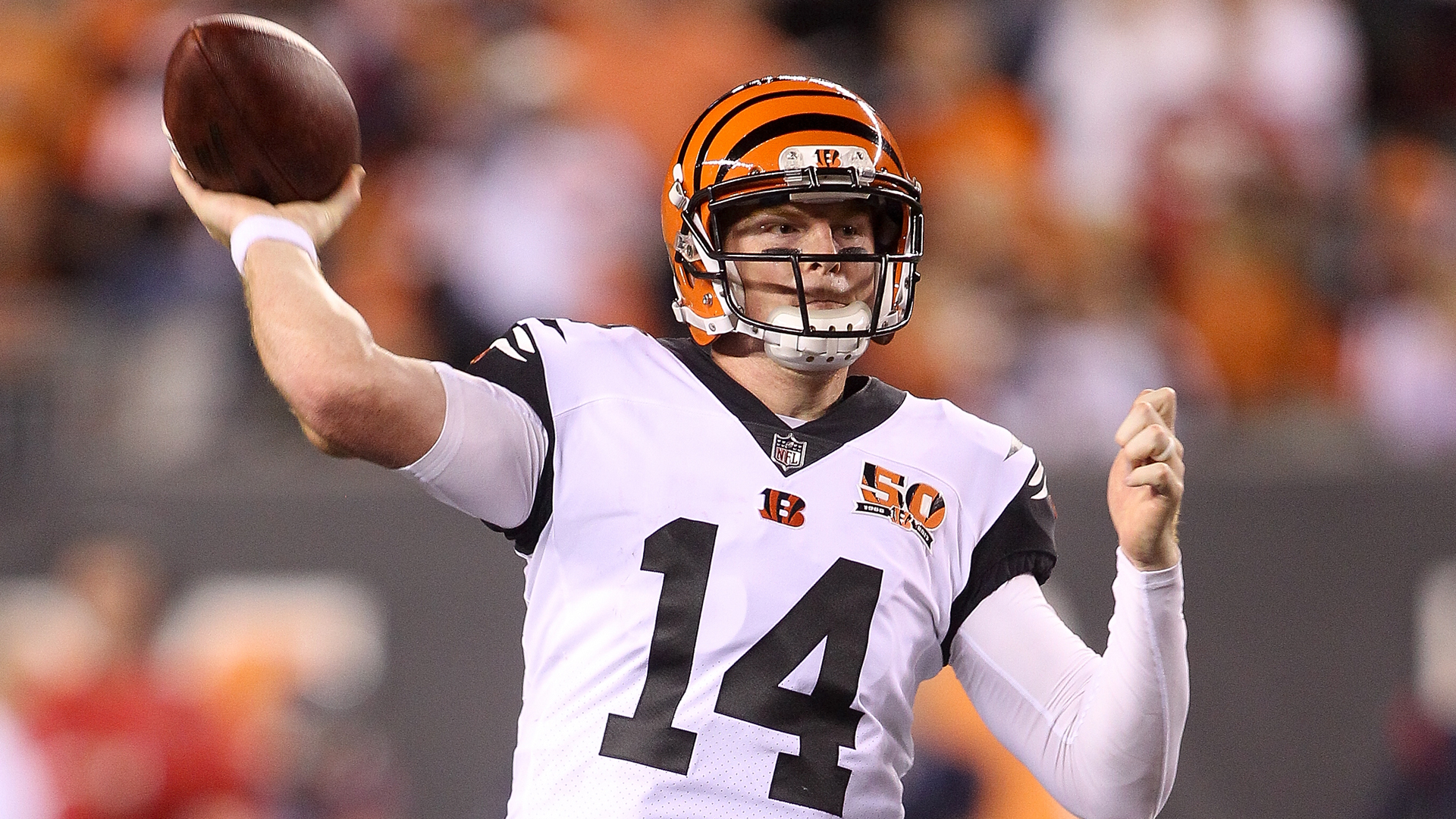 Bengals' Dalton says he feels no added pressure this season


Bengals quarterback Andy Dalton is concerned about only one thing amid pressure on Cincinnati.

Cincinnati have missed the playoffs in three straight seasons with Dalton under center, but he said he is not focusing on the past.

"I don't feel like there's any extra pressure," Dalton said, via Cincinnati.com. "I think we have high expectations for ourselves. I'm not worried about any added pressure. I'm just worried about winning.

"Win games. Win games in the playoffs. Win the Super Bowl. That's what it comes down to. The ultimate goal is to start off by winning the division and go from there. Those are the big goals. For us, we want to play sound football in all phases of the game. That's the biggest thing going to Seattle week one into a tough environment."

Dalton will be playing for a new coach this season as the Bengals parted ways with Marvin Lewis in late December and hired Zac Taylor to replace him.

Dalton said he was "really comfortable" playing in Taylor's offense.

"I think I understand everything we're doing," Dalton said. "I know exactly how we're trying to attack certain defenses, why he's calling certain things. I really enjoy what we've been running and what Zac's implemented into this team."

Taylor praised Dalton and said he has "been impressive" during training camp and the preseason.

"He sees protections very well, so you always feel like he's going to protect play calls that you're not fired up about once you get to the line of scrimmage," Taylor said. "He's going to find his man and get us to the next play. He has good touch, good accuracy, and he knows where the ball should go. I'm very happy that he's our quarterback."

Dalton was limited to just 11 games last season because of a thumb injury. He threw 21 touchdowns and 11 interceptions while the team registered a 5-6 record in his starts.

The Bengals have two preseason games remaining before they face the Seahawks on September 8.