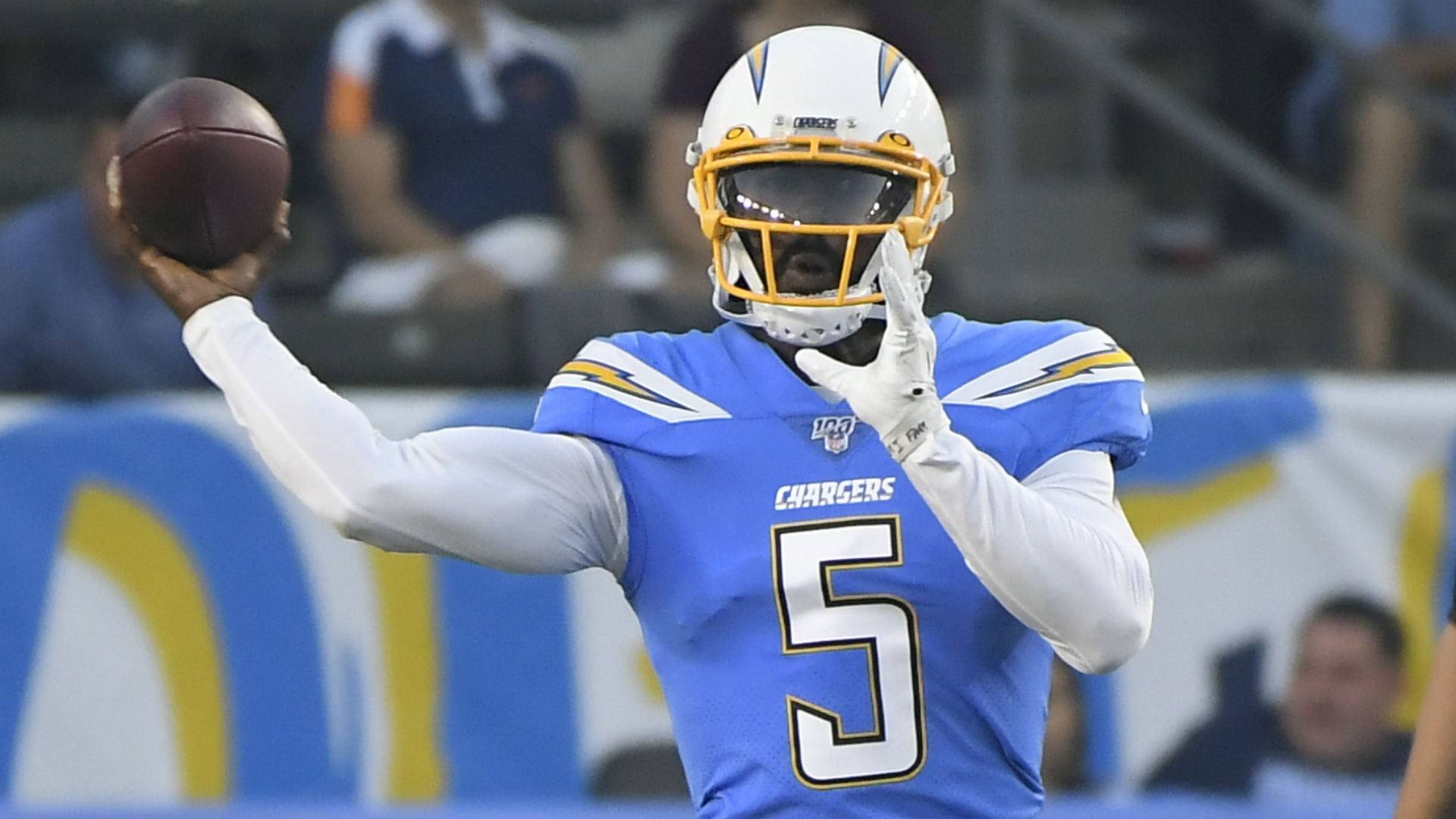 Tyrod Taylor: Chargers will 'turn a lot of heads' if I'm the starter


Tyrod Taylor believes the Los Angeles Chargers will "turn a lot of heads" if he is their starting quarterback in 2020.

The Chargers went a disappointing 5-11 in 2019, which proved to be the last campaign of Philip Rivers' time with the franchise as the veteran QB departed after 16 seasons.

Though there was reported interest in Tom Brady, who chose the Tampa Bay Buccaneers as his next destination, the Chargers are yet to acquire another signal caller in free agency, leaving Taylor at the top of their depth chart.

Los Angeles could still select a quarterback with the sixth overall pick in the 2020 NFL Draft next month, though Taylor is confident he can turn their fortunes around if he is under center in Week 1.

"We have a lot of talent on our team," he told the Orange County Register.

"If I am the guy that would be calling the shots, I know for sure that we'll go out and turn a lot of heads."

Chose the grind but it wasn’t all vanity.... #Keep5triving pic.twitter.com/oqycurn7rB

Taylor was the Buffalo Bills' starting quarterback for three seasons and then began the 2018 campaign as the Cleveland Browns' starter, but he has still yet to shake the impression held by many that he is just a solid backup.

Entering his 10th year in the league, Taylor says that gives him extra fuel.

"It's motivating just for the highs and lows of my career," he explained.

"To be drafted in the sixth round, walking into my 10th year, there's definitely a lot of motivating factors in there being from my time when I was in Buffalo and when I played in Cleveland."

Taylor has spent the early stages of the offseason working with quarterback coach Jeff Christensen, who also happens to be working with free agent Cam Newton.

The 2015 NFL MVP has been linked to the Chargers following his release from the Carolina Panthers and those rumours only grew when Taylor was pictured practicing with Newton.

"It's just two guys working on their craft trying to get better," claimed Taylor, who has also worked out with Houston Texans QB Deshaun Watson recently.

"I wasn't implementing or trying to say anything with the photos. We were just out there working and the photos got sent. So no regrets, I posted it.