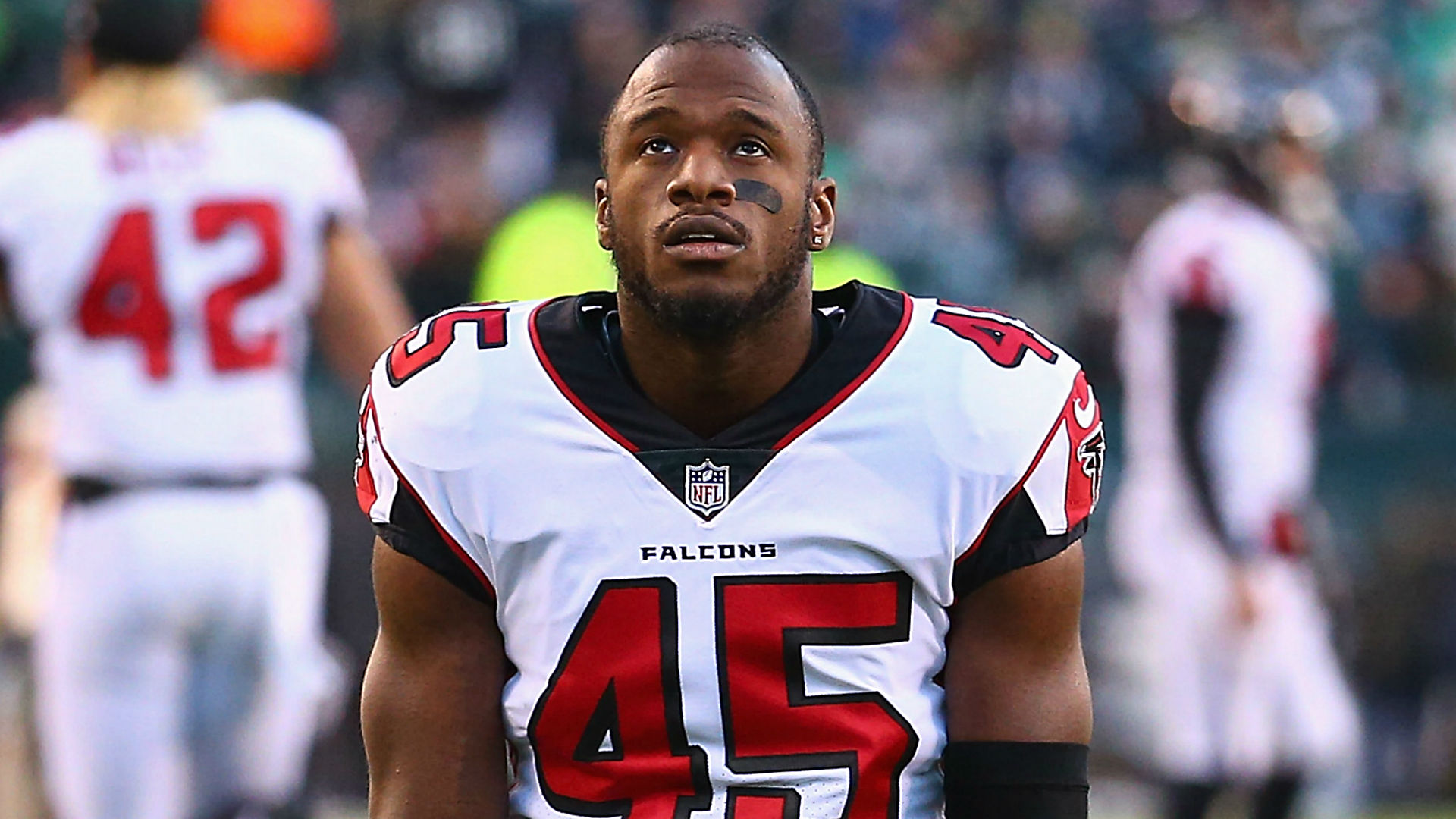 
Deion Jones has signed a new four-year deal with the Atlanta Falcons, the NFL franchise announced on Wednesday.

Jones' contract is worth $57million, with $34m of that guaranteed, the 2017 Pro Bowler's agent told ESPN.

Atlanta's announcement comes two days after the team agreed to terms with Grady Jarrett, who had the franchise tag placed on him.

Falcons defensive tackle Jarrett agreed to a four-year deal worth a reported $68m.

We have agreed to terms with @debo on a four-year extension.

Jones was selected in the second round of the 2016 draft by Atlanta. He missed 10 games last season due to a foot injury but was able to return for the latter part of the year.

In three seasons in the NFL, Jones has 297 tackles, 27 pass defenses, 15 tackles for a loss, eight interceptions and three touchdowns. He would have been a free agent in 2020.

It has been reported that both sides are trying to come to an agreement before training camp starts next week.