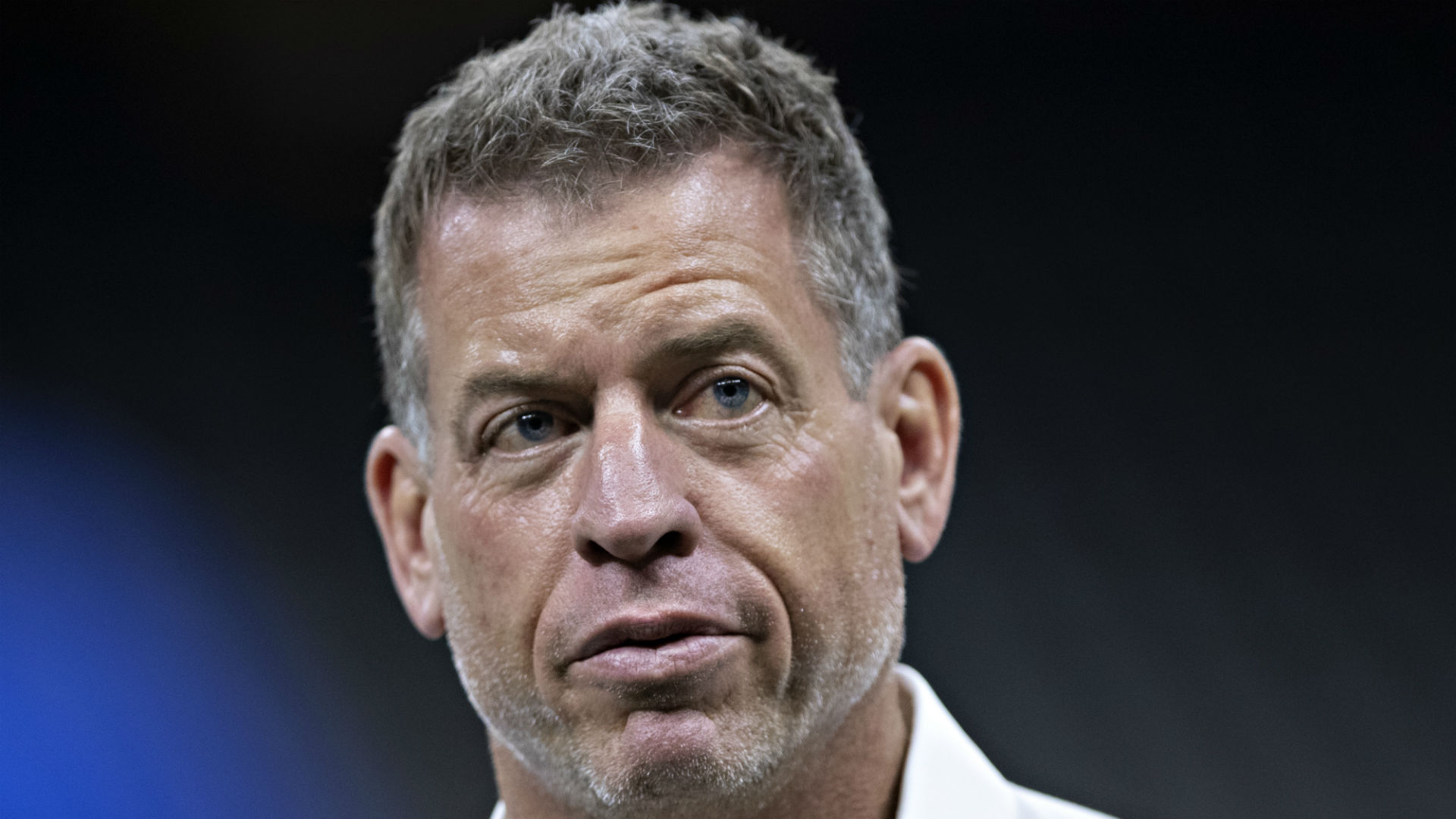 Aikman interested in GM role but not expecting Cowboys chance


Troy Aikman would be interested in a move from the commentary box to an NFL front office position, though he is sceptical such an opportunity will come with the Dallas Cowboys.

Hall of Fame quarterback Aikman won three Super Bowls with the Cowboys and has not been shy about voicing his frustrations about the direction of the team with whom he spent his entire pro career.

Having seen fellow former players John Elway and John Lynch, previously a colleague of Aikman’s at Fox Sports, enjoy success as general managers with the Denver Broncos and San Francisco 49ers respectively, the 53-year-old believes a switch to a similar position could be a viable career move.

"It's something that I guess I've always somewhat entertained," Aikman told 1310 The Ticket. "I've had a chance to talk with John Elway in previous years. I've visited with John Lynch, and the decision that he made to take on that job in San Francisco, and I've said many, many times, I still believe there's another frontier for me - maybe there's not - but I believe that there is, and I think that might very well be it.

"It's something that I think would be very challenging. I'd be giving up a lot to leave the job that I have to take on a role like that. It's an all-consuming job and I certainly recognise that, but I think the challenge would make it worthwhile.

"Now whether or not I'm ever afforded that opportunity, we'll see, but with each year that passes, the likelihood of it happening becomes less and less.

"I understand that more and more teams want to go young and kind of groom somebody that's going to be there for the long haul, but relatively speaking, I've got a lot of great years left and I feel that having been in a championship locker room and knowing what that looks like, what that feels like, and then I guess my job now as a broadcaster, I've been in those organisations."

Aikman, though, does not expect the Cowboys to grant him a chance to prove himself in the front office, due to owner Jerry Jones' desire to remain as the franchise's chief decision-maker.

"I doubt it. I mean, I think that's a real long shot," Aikman said of his hopes of being employed by Dallas.

"I believe that it's unlikely that Jerry will ever bring somebody in that can help this football team in that regard just because he's been real stubborn and steadfast, in that he's the one in charge.

"I think in a lot of ways until that changes, this team's going to have some problems. Would he ever ask me to come be a part of it? I think that'd be a real leap of faith. I don't envision that happening, and I don't envision it happening at any point, quite honestly, no matter who's in charge out there."