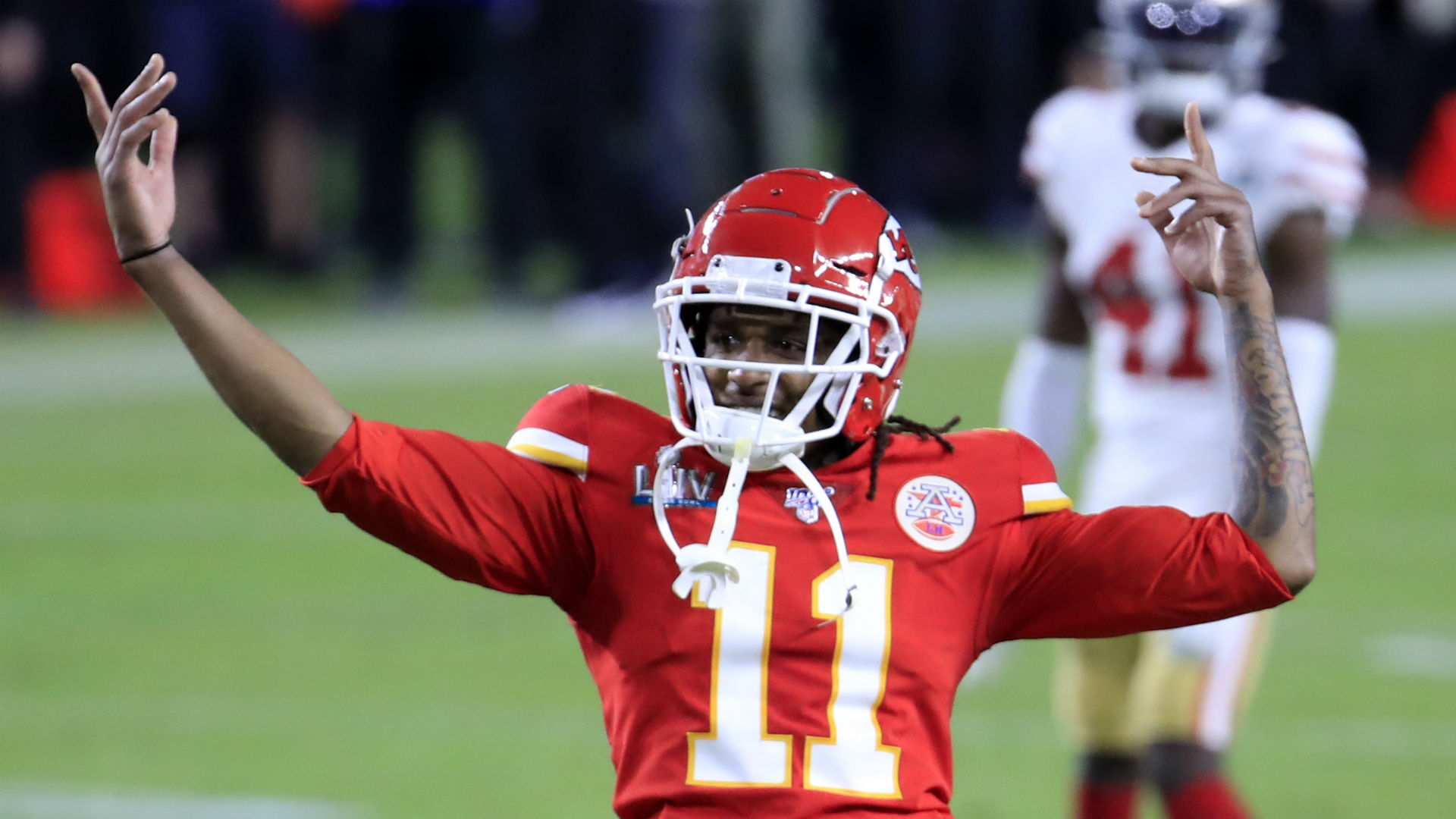 
Demarcus Robinson has agreed to re-sign for Super Bowl champions the Kansas City Chiefs, according to reports from NFL Media.

Robinson entered free agency after last season, but the wide receiver has reportedly agreed to a one-year contract.

He will again line up alongside Tyreek Hill, Sammy Watkins and Mecole Hardman.

Robinson was widely considered the top receiver left on the free agency market, with Amari Cooper, Robby Anderson, Emmanuel Sanders and Breshad Perriman having all signed for teams this week.

After reports of the deal emerged, Chiefs quarterback Patrick Mahomes welcomed the move, tagging Robinson as he posted on Twitter: "#RunItBack."