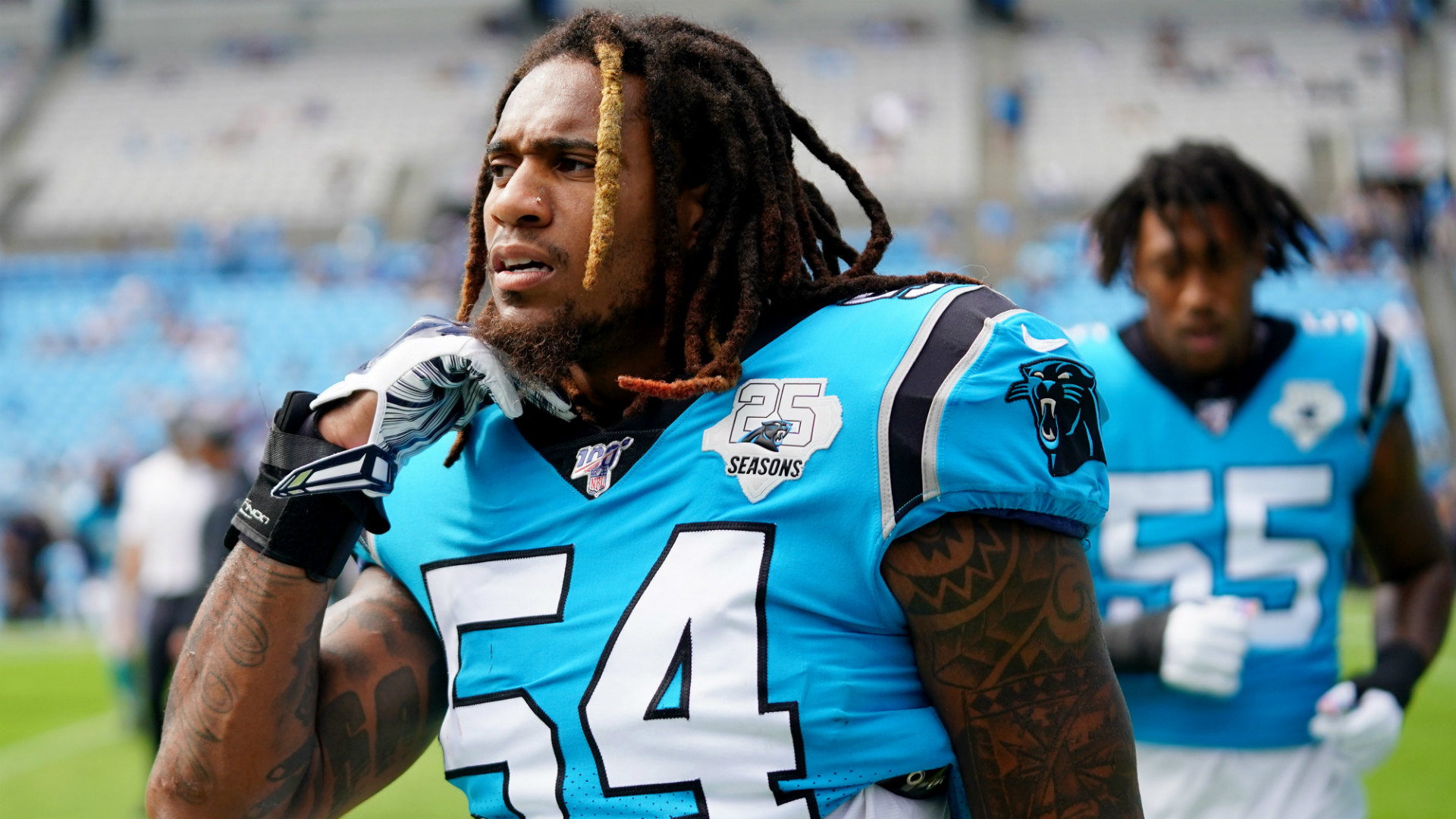 
Shaq Thompson has signed a four-year contract extension with the Carolina Panthers to keep him with the franchise through 2023.

Agent Doug Hendrickson told ESPN it is a $54.2million pact with a maximum value of $57m, with $28m guaranteed and containing a signing bonus of $16m.

Thompson, 25, was due to become a free agent at the end of the season as he was playing under the fifth-year option.

He was drafted with the 25th overall pick in 2015 and has started every game for the 5-7 Panthers so far this season, making a career-high 93 tackles along with having three sacks and the same number of passes defended.

"Shaq is our type of person and our type of player," general manager Marty Hurney said as the team announced the extension on Saturday.

"He's proven that he can play linebacker at a very high level, and he's got all the traits you want.

"He's smart, he's physical, he can run and he's very versatile. He fits the blueprint for what we want at the position."

Thompson said of his new deal: "It means everything. What this organisation has done for me and my family, it's just tremendous.

"It feels good. It shows they have trust in me and faith in me to go on with the future of this young team that we have.

"They see that I can help and I can be a part of the leadership of this group. That's really big for me.

"They showed loyalty and love towards me and my family. I was able to show them that I have potential. This is my first year being a starter and I've been able to show what I can do.

"I want them to know I'm going to give it my all. This is just the beginning for me."