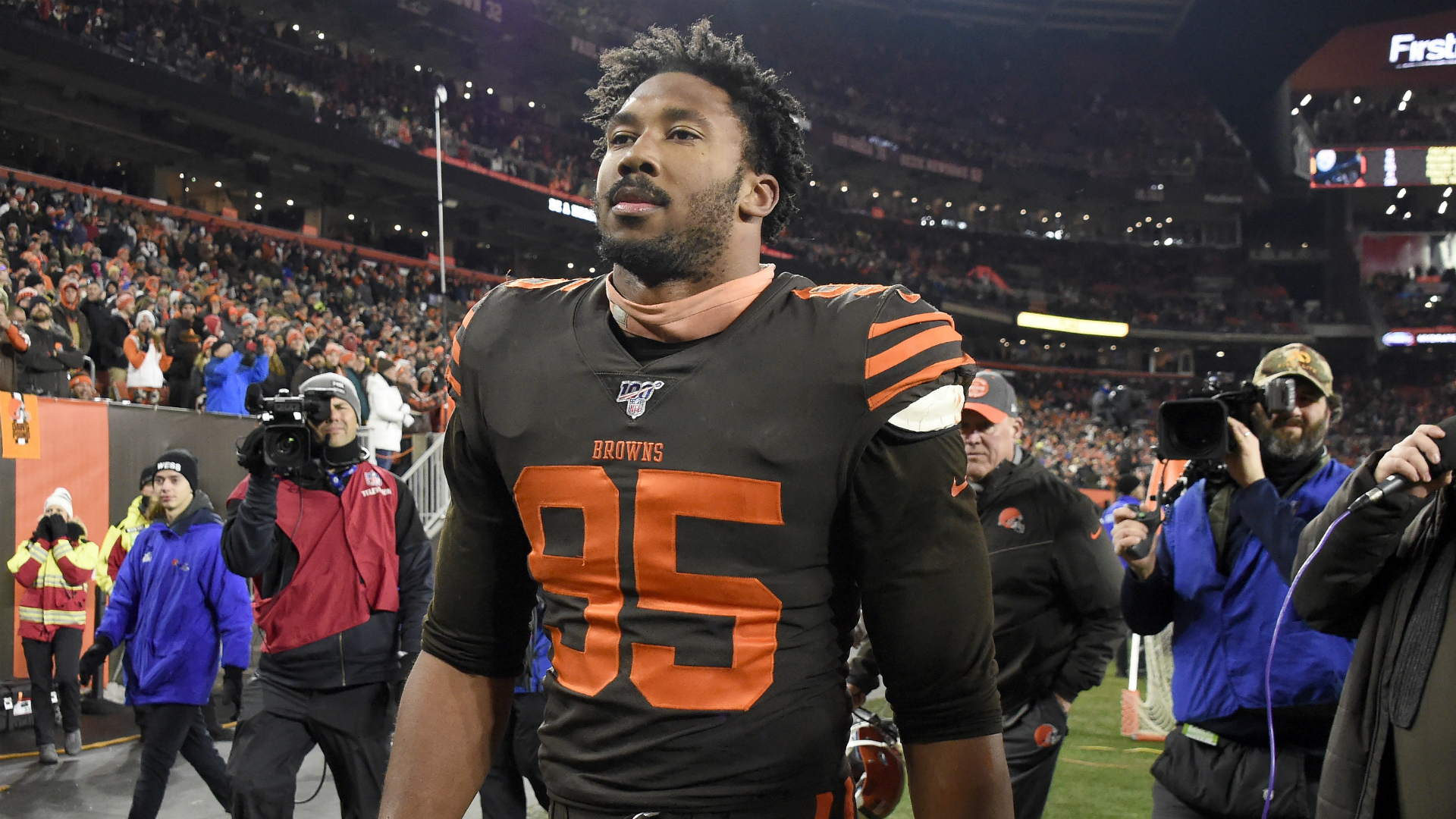 Myles Garrett: I made a mistake, lost my cool & I regret it


Cleveland Browns defensive end Myles Garrett said he made a mistake and regrets it after his ugly hit on Pittsburgh Steelers quarterback Mason Rudolph.

Garrett – an NFL Pro Bowler in 2018 – ripped off Rudolph's helmet before swinging it and hitting the Steelers QB in the head late in Cleveland's 21-7 victory over Pittsburgh.

Pittsburgh's Maurkice Pouncey then aimed kicks and punches at Garrett in shocking scenes in Cleveland on Thursday.

Browns head coach Freddie Kitchens and quarterback Baker Mayfield were scathing of Garrett, who addressed the incident himself post-game.

"I made a mistake, I lost my cool and I regret it," Garrett told reporters. "It's gonna come back to hurt our team.

"The guys who jumped in to the scrum… I appreciate my team having my back but it should never get to that, it's on me."

When asked if the incident overshadowed Cleveland's win, Garrett said: "A win is a win. I don't think it's overshadowed by what happens in eight seconds."

Pittsburgh's Rudolph also spoke to the media afterwards and he hit out at Garrett.

"Not in my years. I thought it was cowardly and pretty bush league," Rudolph said when asked if he had seen anything like that in American football. "… I'm fine and good to go."

Pressed on whether Garrett should be suspended, Rudolph replied: "I don't know what the rules are. I know it's bush league and he is a total coward… It's okay, I'll take it. I'm not going to back down from no bully. We will see what happens."