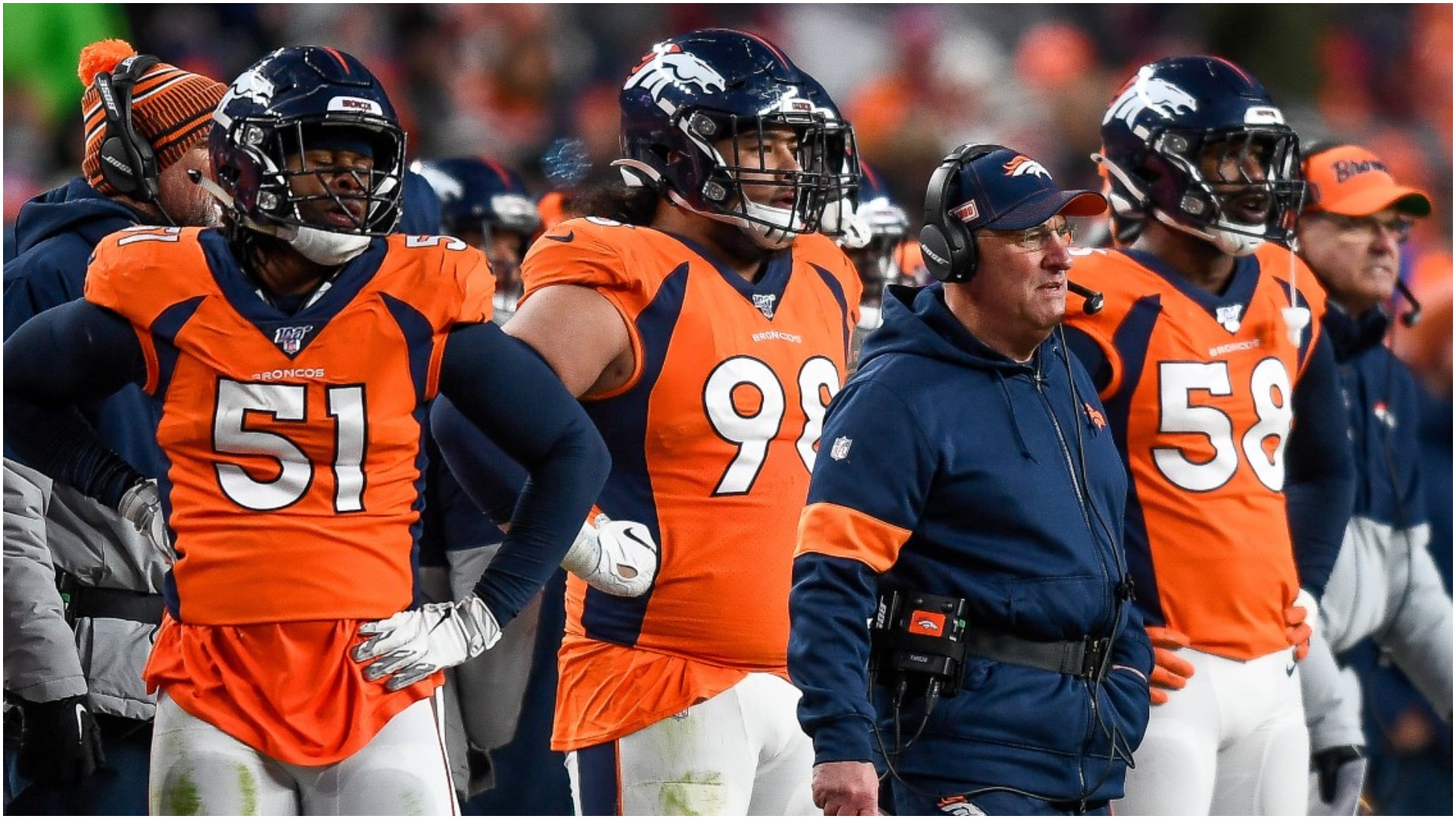 
The Denver Broncos have hired Geroge Paton as their new general manager.

Paton steps into the role after Broncos legend John Elway ceded control of the front office this month.

Previously vice president of football operations/general manager, Elway stepped down from the GM role after the Broncos missed the playoffs for the fifth successive season in 2020.

And the Broncos have turned to Paton, formerly vice president of player personnel/assistant general manager for the Minnesota Vikings, as his successor.

Paton spent 14 seasons in the Vikings' front office and Elway believes he is more worthy of stepping up to the lead role for the Broncos.

Elway, now president of football operations, said: "Early in this process, it became clear why George has been such a coveted GM candidate for so many years.

"He is a proven evaluator who knows every detail of leading football operations. With his experience in all aspects of the job - the college and pro sides, salary cap, trades, working with the head coach and bringing the staff together - George is more than ready to succeed in this role.

"George has waited and worked for the right opportunity, which shows that he is smart and serious about winning. We're thrilled to name George Paton as general manager of the Denver Broncos."

Let’s get to work.

Paton added: "It is an honour to be named general manager of an iconic franchise with a championship tradition like the Denver Broncos.

"This organisation has great resources, tremendous people, a talented young core of players and an outstanding coaching staff.

"In many ways, I feel like this team is a sleeping giant. For me, it is the right place and the right time for this opportunity.

"While it is difficult to leave the Vikings, the relationships I enjoyed in Minnesota are for life. I am truly grateful for the Wilf family, Rick Spielman, Rob Brzezinski, Mike Zimmer and the entire Vikings organisation. Thank you for treating us like family.

"I believe in hard work, the grind and not taking any shortcuts to achieve our goals. Drafting and developing players is the number one priority. We will be aggressive - but not reckless - in adding talent to our roster."

The biggest decision Paton faces this offseason surrounds how the Broncos will move forward at quarterback.

Drew Lock, a second-round pick in 2019, endured a disappointing 2020 campaign, completing just over 57 per cent of his passes and throwing 16 touchdown passes along with 15 interceptions, the highest number of picks in the NFL.

Lock's struggles were seen as the latest example of Elway's inability to find a replacement for Peyton Manning, with whom Denver won the Super Bowl in the 2015 season, the last in which they made the playoffs. For a talented roster to realise its potential, Paton must succeed where Elway failed.