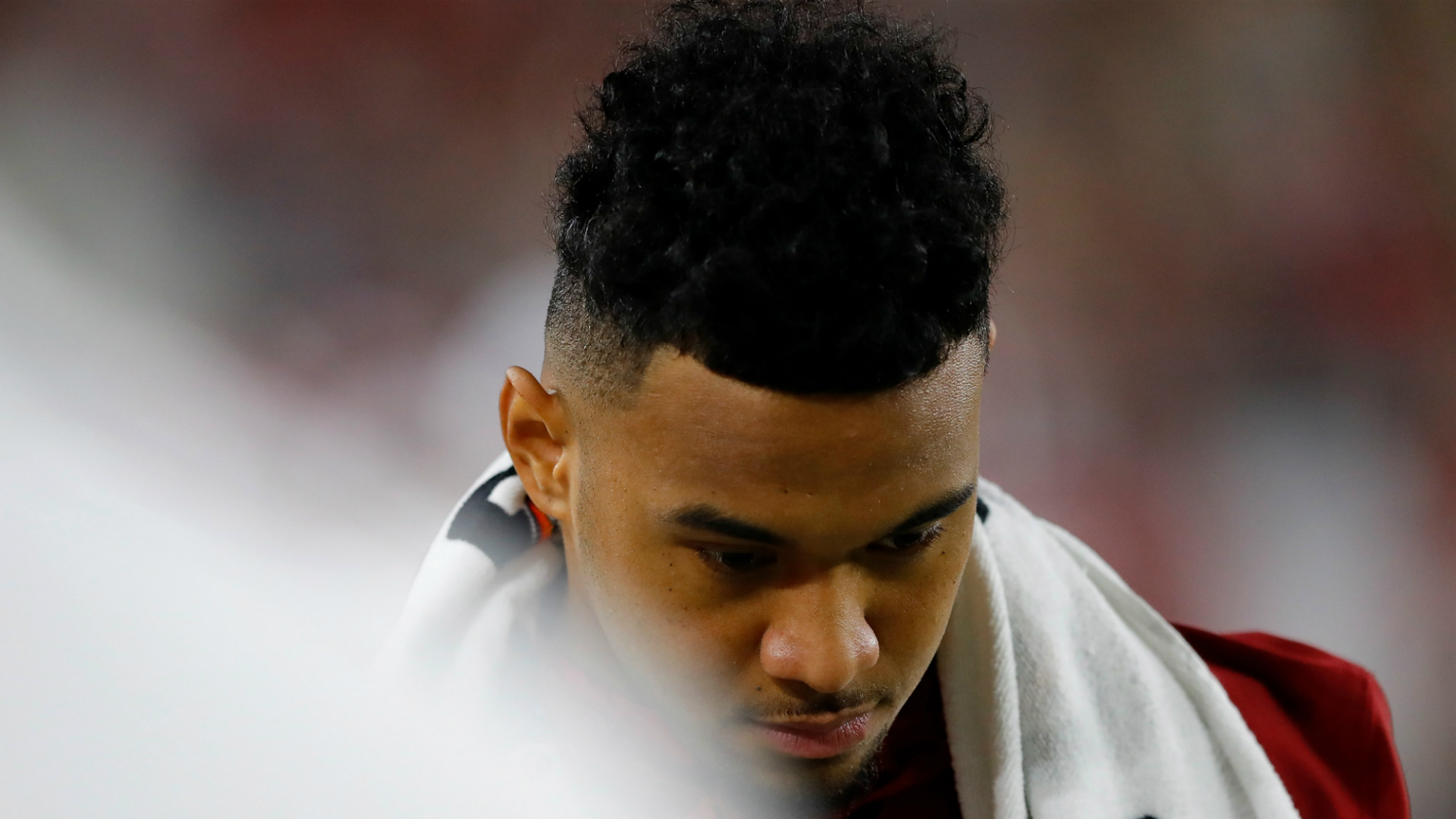 
Top NFL quarterback prospect and Alabama star Tua Tagovailoa will miss the remainder of the season due to a dislocated hip.

Tagovailoa was taken off on a cart during Alabama's 38-7 win against Mississippi State on Saturday, after he was sacked by two defenders late in the second quarter.

The 21-year-old – who along with LSU quarterback Joe Burrow is in contention to be taken with the first pick in the 2020 NFL Draft – will now sit out the rest of the campaign.

"He is undergoing further testing to determine the best course of treatment. He is expected to make a full recovery but will miss the remainder of the season."

Tagovailoa had completed 14 of his 18 passes for 256 yards and two touchdowns prior to the injury.

The Samoan-American inspired Alabama to glory in January 2018, throwing three touchdowns after replacing Jalen Hurts as they beat Georgia 26-23 in overtime in the National Championship game.

Alabama returned to the same stage with Tagovailoa under center last season but lost 44-16 to Clemson.

Saturday's game marked Tagovailoa's second since returning from ankle surgery. He made his comeback last week as Alabama lost 46-41 to Burrow and LSU at home.

Alabama head coach Nick Saban added: "Godspeed to him and his entire family. And our thoughts and prayers are with him and hope this is not so serious that it has any long-term effects on his future."