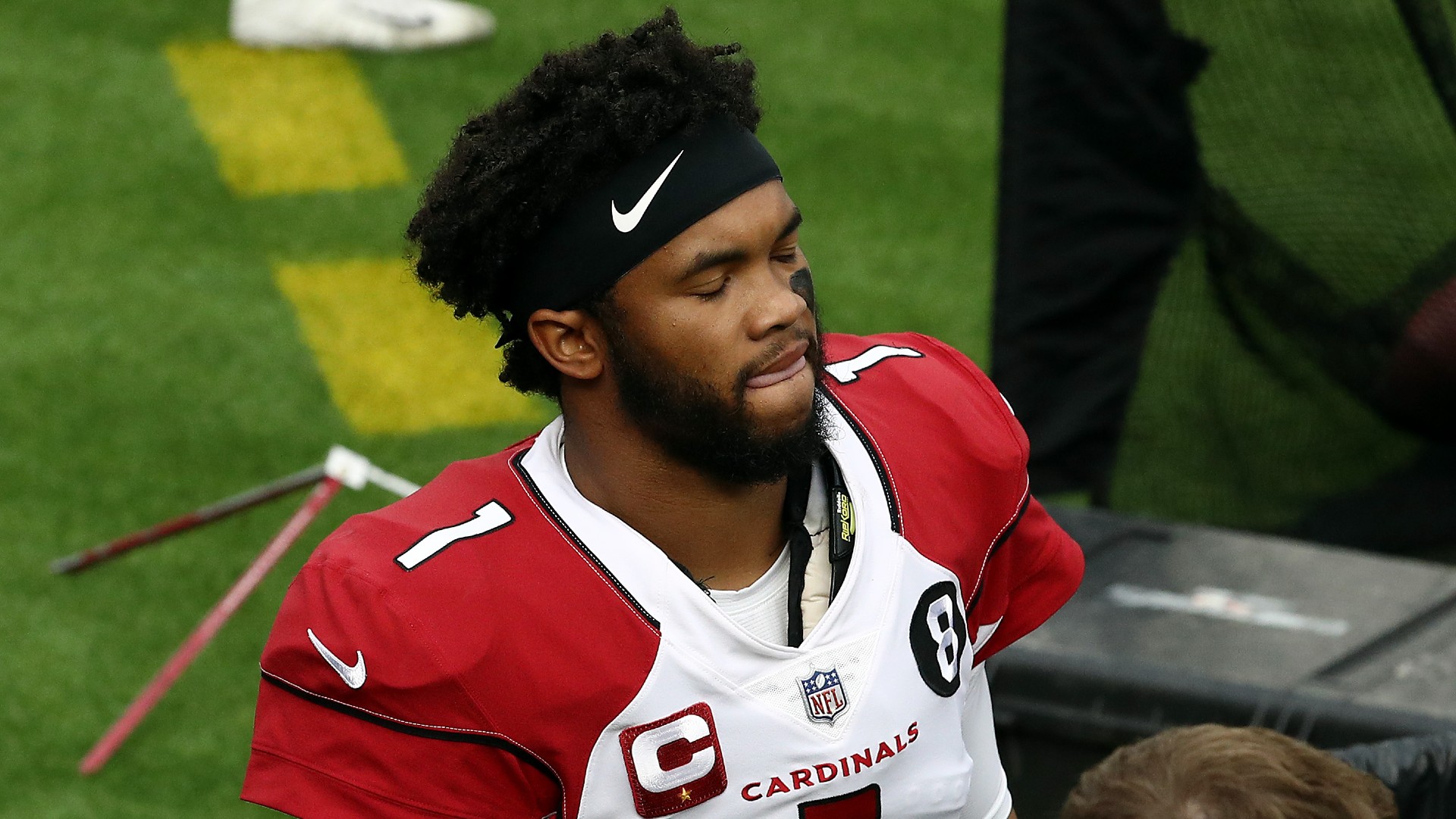 Arizona Cardinals: Secondary help & support for Kyler next on the list after J.J. Watt lands in desert


It didn't take long for the Arizona Cardinals to make their first big offseason splash.

For the second year running, the Cardinals took advantage of the dysfunction enveloping the Houston Texans to land a star player whom they hope will push them towards the playoffs.

J.J. Watt has linked up with former Texans team-mate DeAndre Hopkins, signing a two-year deal to provide a significant boost to the Cardinals' defense.

While Watt should unquestionably improve the Cardinals' odds of stopping opposing attacks, Arizona will need to take several other steps this offseason to have a chance of emerging from a hyper-competitive NFC West and progressing to the playoffs.

The Cardinals looked ready to make such a leap in 2020 in the second year of the Kliff Kingsbury-Kyler Murray experience.

But an ugly finish to an 8-8 season suggested this is still a team some way from true championship contention.

Using Stats Perform data, we look at what was learned from that campaign and what the Cardinals must do in 2021 to ensure they have a winning record and are playing postseason football next season.

The Arizona offense was in the top half of the NFL in terms of yards per play, their average of 5.68 putting them 14th.

However, the lack of progression from the passing game, even after the addition of Hopkins, held the Cardinals back from becoming one of the league's elite offenses.

The Cardinals' underperformance in the passing game was not for lack of effort on Murray's part.

Yet his yards per attempt average of 7.12 was still only good enough for 22nd in the NFL, while his interception percentage of 2.2 was the third-most among quarterbacks to have started all 16 games.

Given Kingsbury's expertise in the Air Raid offense, a system renowned for its reliance on downfield passing concepts, Murray's tally of 44 completions of 20 yards or more - tied for 15th in the NFL - was disappointing.

Thanks to his game-winning Hail Mary, Kyler Murray of the @AZCardinals is the first player in NFL history with a pass TD and a rush TD in 5 straight games.#RedSea

But the Cardinals should continue to be excited about the offense's potential when they fully harness Murray's upside as a deep-ball thrower. Among the quarterbacks with at least 25 attempts of 21 or more air yards, his passer rating of 127.4 on such throws was the third-best.

Hopkins enjoyed a monster first season in Arizona - his 1,407 receiving yards were the third-most in the NFL - but the numbers suggest he could use more help.

Deep threat Christian Kirk had six touchdowns but esteemed veteran Larry Fitzgerald's yards per catch average of 7.6 was the lowest of his remarkable career, indicating he may be reaching the limits of his longevity and that a more dynamic third option is required.

Watt joins a defense that performed at a high level in 2020.

The Cardinals allowed 5.34 yards per play, the eighth-least in the NFL, while their average of 5.86 yards per pass play allowed ranked sixth in the league.

Their success in that regard came despite losing star edge rusher Chandler Jones to a torn bicep, the three-time Pro Bowler denied the chance to maintain his streak of having double-digit sacks in every season of his Cardinals career.

Stepping up in Jones' absence was Haason Reddick, who posted a career-high 12.5 sacks - including five in one game against the New York Giants - and 15 tackles for loss along with 16 quarterback hits.

His contributions down the stretch helped the Cardinals produce 109 negative plays from their opponents for a total of minus 477 yards, the fourth-best mark in the league.

Only player in the NFL who ranked in the top-5 in sacks, tackles for loss and forced fumbles in 2020.

Taking that into account, their takeaway tally of 21 may be seen as disappointing, though it was in line with the league average.

Arizona's inability to trouble the upper echelon in terms of takeaways could be partially attributed to the play of veteran cornerback Patrick Peterson.

Peterson had a burn percentage of 64.1 in 2020. A burn occurs when a receiver is open for a number of yards that take up a certain percentage of yards to go for a first down, depending on the down. The yardage is attributed to the defender regardless of whether the receiver catches the pass.

He gave up 590 burn yards and had six burns for touchdowns, both team highs.

The Cardinals have added a veteran presence to the front seven in Watt but, as with Fitzgerald in the receiving corps, a more youthful talent may be required to take on Peterson's role and help Arizona make key improvements in the secondary.

Fitzgerald and Peterson make up two of Arizona's 23 unrestricted free agents this offseason, though if the former is not back it will likely be because he has decided to hang up the cleats.

Peterson appears set to play his football elsewhere, with the Cardinals lacking the resources and perhaps the appetite to re-sign him based on his 2020 performance.

The Cardinals are projected to have a little over $17.5million in cap space, assuming a salary cap of $185m, just above the league average.

Arizona's addition of Watt to bolster the pass rush may mean Reddick and Markus Golden, who also helped fill the void in Jones' 2020 absence, are allowed to walk in free agency. Running back Kenyan Drake appears another likely departure.

The draft is the likely avenue on which the Cardinals will focus most of their attention as they attempt to further supplement a roster that fell just shy of the postseason.

Picking 16th in the first round, Arizona will be in a decent spot to address the cornerback position and find a replacement for Peterson who can help them better defend three NFC West rivals who all possess explosive offenses when at their best.

Watt's arrival should improve their odds of keeping their division rivals in check but, after a strong showing on defense last year, this Cardinals offseason is one that will also be defined by what they do in terms of making life easier for Murray.

Stronger depth at receiver and more dynamism at tight end, something which the Cardinals have long since lacked, should be on Arizona's wishlist.

If they can check off those items and put a support system around Murray that allows him to have a breakout year three, the Cardinals will be in a good spot to celebrate a first playoff berth since the 2015 season. Should they fail, Kingsbury and general manager Steve Keim's jobs may come under severe scrutiny.