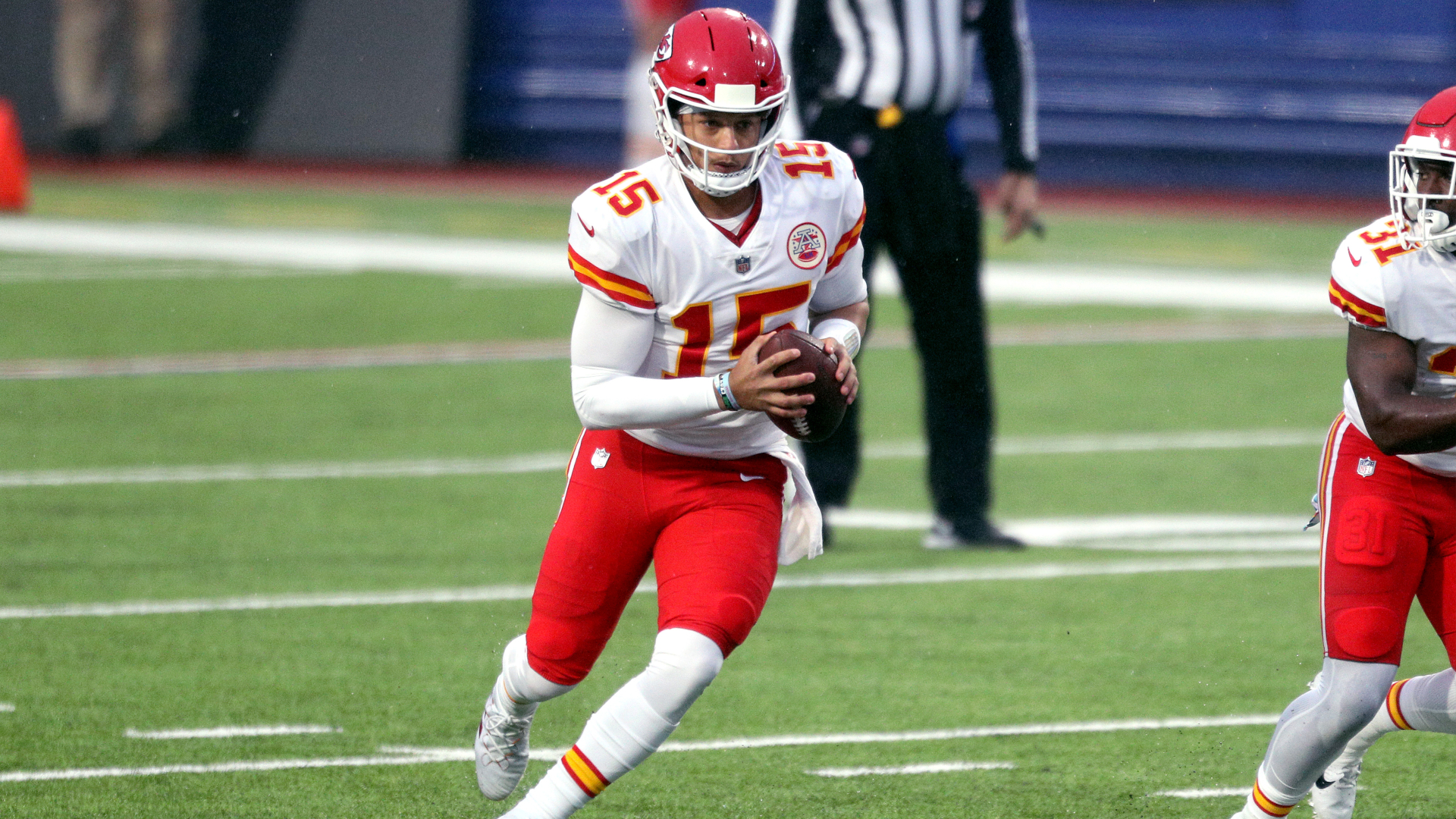 Mahomes happy with any Chiefs approach: I just want to win


Patrick Mahomes is unfazed by what approach the Kansas City Chiefs take, saying he just wanted to win after beating the Buffalo Bills.

Mahomes completed 21 of 26 passes for 225 yards and two touchdowns in the 26-17 victory over the Bills on Monday.

However, the Chiefs' running game was key as they rushed for 245 yards – with Clyde Edwards-Helaire accounting for most of those with 161 on 26 carries.

Chiefs star Mahomes, who rushed for 36 yards, said he was happy to take any approach – as long as his team were winning.

"It was definitely different. I had a few of those RPOs called and I had to tell myself not to throw it, just keep handing that thing off," the quarterback told a news conference.

"Clyde was running well, O-line was blocking well, and I just want to win, I don't care how that's done – pass, run, defense, whatever that is.

It was a monster performance by @Clydro_22 @bridgestone | #ChiefsKingdom pic.twitter.com/KpKgENfSKZ

Mahomes connected twice with Travis Kelce for touchdowns as the Chiefs improved to 5-1.

The 2018 NFL MVP said the Bills' plan was why the Chiefs relied so heavily on their running game.

"Obviously we had a few more pass plays called, we always do, but once we saw how deep their linebackers and safeties and corners were playing, we knew we had the run game" Mahomes said.

"We really just stayed with it and if teams are going to play us like this you're going to see us running the football and we have the guys that can do it."

AFC West leaders the Chiefs face the Broncos in Denver on Sunday.