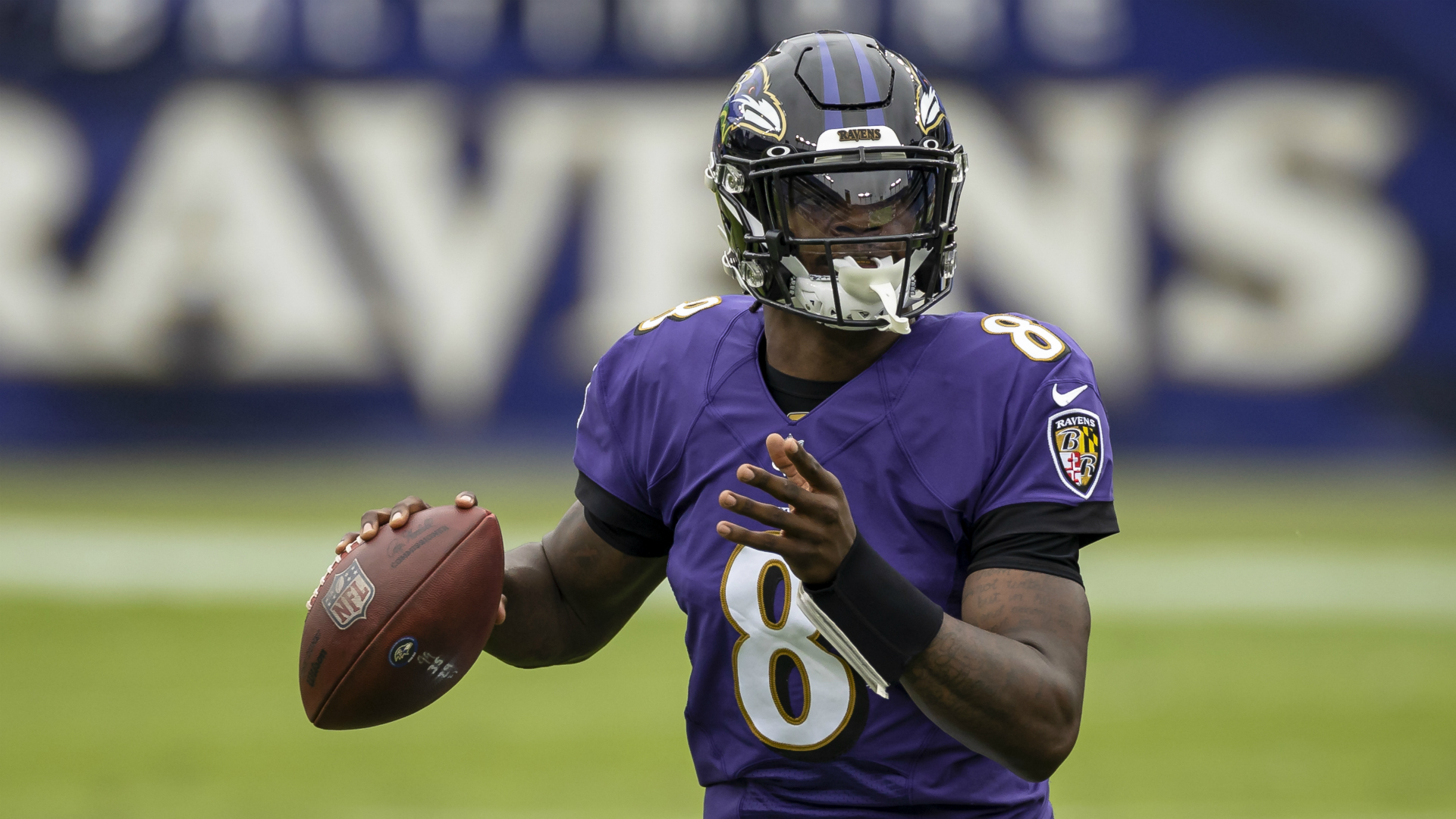 
The Baltimore Ravens came into the 2020 season among the favourites to win the Super Bowl, but they now face a fierce fight with the Pittsburgh Steelers in their own division.

As expected, John Harbaugh's squad – boasting MVP quarterback Lamar Jackson – has made a strong start to the year and sit at 5-1 through six games.

Pittsburgh, though, are the last undefeated team in the NFL at 6-0, meaning Sunday's game has become a huge AFC North battle in Baltimore.

Ahead of the game, we have looked at some of the key areas to watch, with the help of Stats Perform data.

Baltimore go into the game as four-point favourites, boosted by a defense which has allowed just 17.3 points per game, best in the NFL.

Both units have seen their regular deployment of the blitz pay dividends. Baltimore have blitzed on 46.1 per cent of dropbacks, while Pittsburgh have on 44.3 – the two highest rates in the league.

T.J. Watt leads the NFL with 24 pressures for the Steelers, with Bud Dupree (17), Stephon Tuitt (15) and Cameron Heyward (13) all generating pass-rush too as part of a formidable front seven.

For the Ravens, veteran Calais Campbell (4 sacks) is thriving up front while cornerback Marlon Humphrey is yet to allow a touchdown on 49 targets this season, with opposing passers restricted to a 73.1 rating. No other player in the NFL has been targeted as often in coverage without giving up a TD.

A close game looks likely. Since 2008, 14 of 24 regular-season meetings between the teams have been decided by three points or fewer – the most of any matchup in that span.

Pittsburgh (30.5 points per game) and Baltimore (29.8) both have top-eight scoring units, but – so far at least – their QBs have not had to do the heavy lifting in the passing game.

The Ravens lead the NFL with 164.3 rushing yards per game, meaning they have picked up victories despite having a passing yardage (177.8) that is better only than the woeful New York Jets.

The Steelers have been able to lean on their defense and running game too, with their 129.7 YPG on the ground good for 11th in the NFL, compared to their 229 passing yards ranking 23rd.

Ravens QB Jackson is yet to hit the heights of 2019 and has been held under 200 passing yards in four consecutive starts, though his team won three of those four.

He has completed less than 60.0 percent of his attempts in three of his last four contests, dropping his season completion percentage to 63.0 – 26th among 32 qualifiers. But the third-year pro does lead the team with 346 rushing yards.

As a team, the Ravens have rushed for 140 yards or more in five straight games and 100 yards or better in 29 consecutive matchups.

The latter streak is one shy of matching the longest by any team in the last 40 seasons; the Panthers had a 30-game run from 2014 through 2016.

Not since the Steelers won against them in Week 9 of the 2018 season have the Ravens been held under 100 yards rushing.

He is on track for a career-best year in terms of completion percentage (68.2) but is producing a lower yards per attempt rate (6.8) than ever before (aside from 2019 when he played just two games).

That highlights what has, so far, largely been an efficient but more conservative approach from Big Ben than we have been used to seeing.

However, after throwing one interception in the first five games of 2020, he was picked off three times in the dramatic victory over the Tennessee Titans last time out and now faces a formidable Ravens unit.

Including postseason games, Roethlisberger is 15-10 in his career against the Ravens. Though he is only 4-6 on the road, he did earn victories in his last two visits to Baltimore (2017, 2018), but the Ravens won the two 2019 games while he was out.

With additional wildcard spots available this year, these two teams already look like locks to make the playoffs.

But this is a pivotal matchup in the battle for the division between teams who have combined to win 14 of 18 AFC North titles, as well as crucial for playoff seedings down the line.

The Steelers are 6-0 for the second time in team history and a win on Sunday would match the best start in franchise annals (the 1978 team started 7-0).

But the Ravens would love nothing more than to end that unbeaten start and are eager for a statement win after suffering their sole loss at the hands of Super Bowl champions the Kansas City Chiefs.