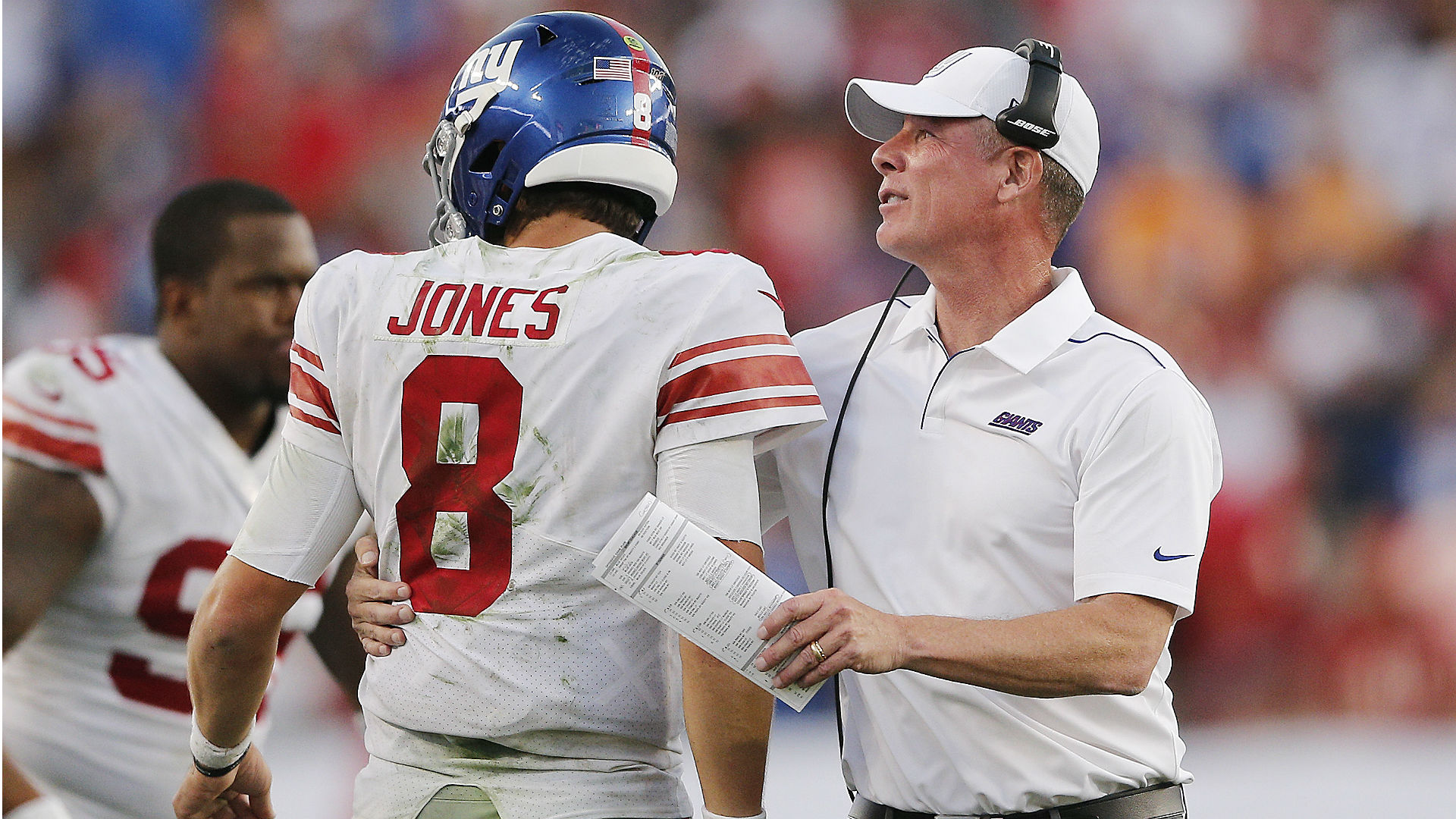 Giants believed in Jones from day one – Shurmur on rookie QB

Starting in place of veteran Eli Manning, Jones led the Giants (1-2) to their first win of the season – a 32-21 victory over the Buccaneers on Sunday.

Shurmur praised the 22-year-old, who was taken with the sixth pick by the Giants in the 2019 draft.

"Probably the story of the game will be the rookie quarterback," Shurmur said. "I thought Daniel Jones did a pretty good job his first time out.

"I think as he goes along, he'll continue to get better. there were mistakes within there. There were a couple of times when we took a couple sacks, the fumbles, some of that loose stuff, we can work on that, there's drills for that. There's stuff that he did in the game, there's not drills for that. We believed in him from the day we drafted him and first time out he didn't disappoint."

"As you get to appreciate him as a player — there's plenty of things he needs to do better — but there's certain things I knew about this kid when we drafted him," Shurmur added. "He was tough, he was competitive, and in my opinion, he's a winner. Now the rest of it is just pure quarterback stuff and because of those first three things, that's why he's going have a chance moving forward."

Tampa Bay had an opportunity to come out on top in the final seconds after Jameis Winston connected with Mike Evans on a 44-yard pass, which set up a short field goal attempt. But, Matt Gay missed the 34-yard kick wide right, sealing the victory for New York.

The Giants took the lead one possession earlier on an eight-play, 75-yard drive that was capped off by a seven-yard touchdown run by Jones.

"You never really know how [your debut] is going to go and that is the fun part, that is football," Jones said. "We found a way to win, we battled, and we found a way to finish it. That is what is the most exciting."

"He was just happy for me," Jones said. "I can't thank him enough for his support throughout the week and today during the game, I am just really grateful."