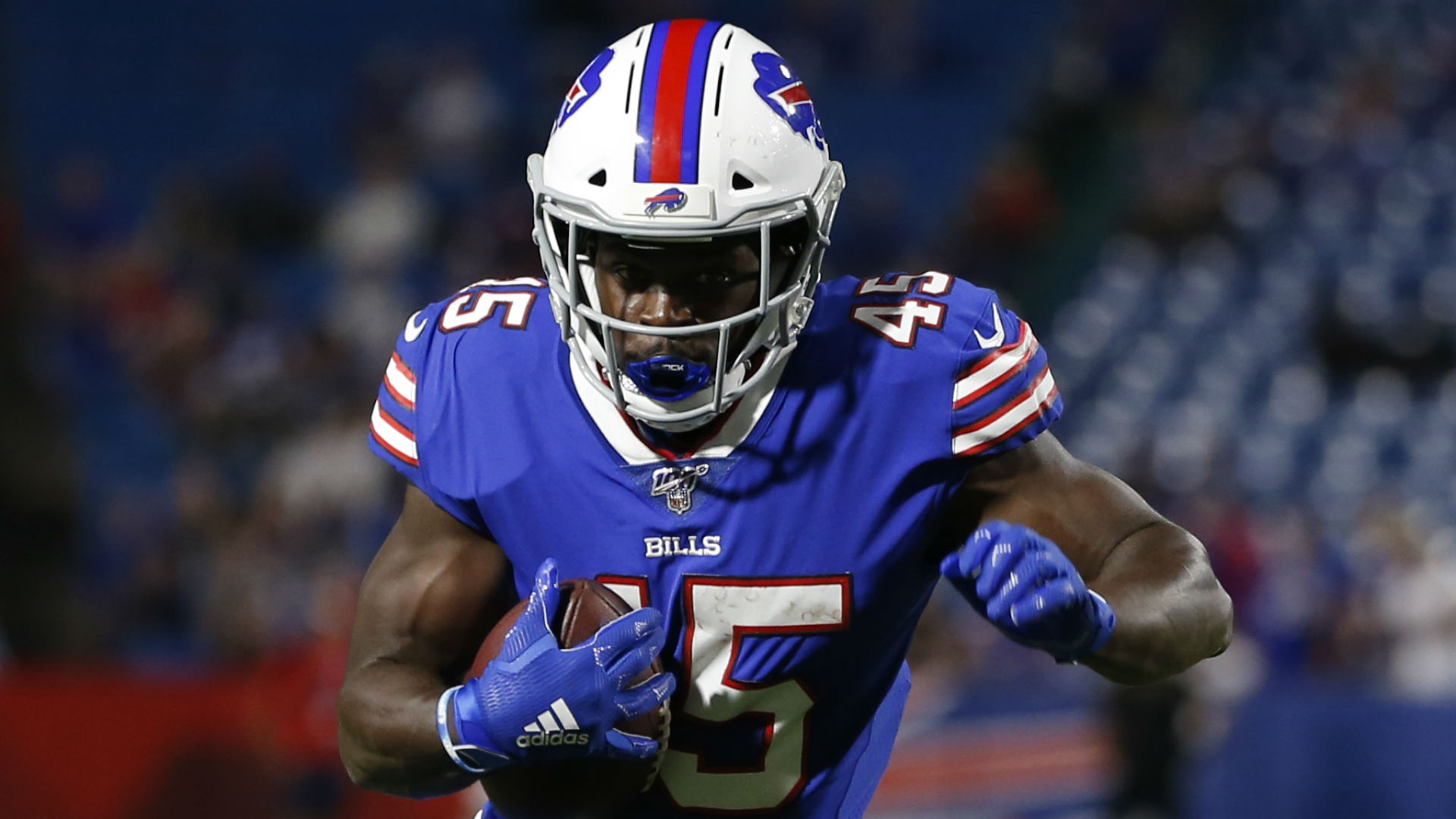 Wade left rugby union side Wasps to pursue a career in the NFL and the former wing - a one-cap England international - was allocated a spot with the Bills as part of last year's International Player Pathway programme.

The 28-year-old showed he is a quick learner when taking a 65-yard run for a touchdown on his very first touch in the preseason.

Wade spent the 2019 NFL campaign with the Bills but was not promoted to the active roster - meaning he is still yet to appear in a regular-season game - but Allen feels that could change next season if his ascent continues.

"I do. I definitely do," Bills starting QB Allen told Omnisport of Wade's chances.

"He's got the speed. Obviously, learning a new game, there's some challenges there, just as far as little things that guys that have been playing for so long know. The little nuances of the game of football are just a little different.

"But he's learning not to pitch it back, he's running forward, he's holding onto it so if he keeps doing that, we'll be just fine.

"He is awesome. Just how he attacks each day.

"In the preseason he did exceptionally well, he took his first carry 65 yards. Just a great kid that wants to learn, wants to work. We've become really good friends with him and his fiancee.

"To make the transition and do that, it's unbelievable. I'm pulling for him, I'm rooting for him, I love being around him. He's such a vibrant character too."

Bills head coach Sean McDermott will have more say in whether Wade is one of the 53 men on the final roster.

And he believes Wade's work ethic stands him in excellent stead.

"What a great ambassador for the game in terms of the UK and he's done a phenomenal job, just the positive energy and juice he brings to our football team every day is impressive," McDermott added.

"I think it's just being comfortable. Last year it was so new, going to play a new sport.

"It would be like me going over to the UK to play rugby or what have you. He's just made so many strides since coming to us less than a year ago.

"The sky's the limit. It's a matter of the hard work that he puts in. I know he's a hard worker and we'll see where it goes."