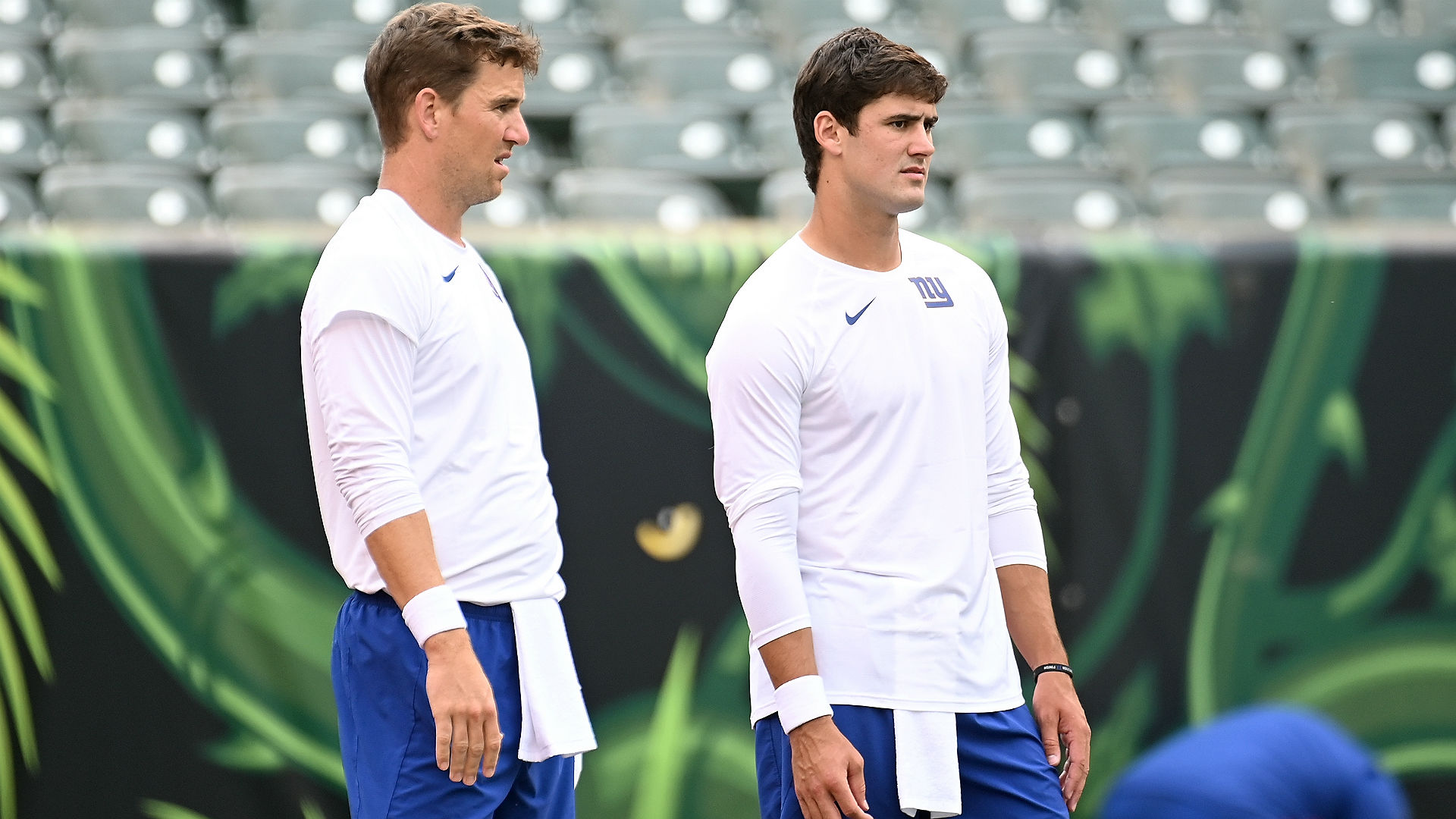 Giants' Jones on taking over for Manning: I understand the responsibility


Daniel Jones is ready for his opportunity with the New York Giants.

Giants coach Pat Shurmur announced on Tuesday that Jones would replace veteran Eli Manning as the team's quarterback in their Week 3 matchup with the Tampa Bay Buccaneers.

Jones discussed taking over as New York's starter at a news conference one day later.

The Giants selected Jones out of Duke with the sixth pick in the 2019 draft. The move was not popular with fans, however, Jones impressed in the preseason, completing 29 of his 34 passes for 416 yards with two touchdowns and no interceptions.

"I think you never really know when something like this is going to happen and my job is to be ready and to continue to improve," Jones said.

Manning has won two Super Bowls and started 232 games during his 16 years with the Giants.

But, New York have struggled in recent seasons and Manning has been inconsistent in 2019 during the team's 0-2 start.

"Since I've gotten here, Eli's been nothing but helpful and welcoming to me," Jones said. "I think obviously now the roles are different and there'll be some difference there. But largely our relationship and how we communicate will be the same. He's done it for a long time at a really high level, so there's certainly a ton I can learn from him still."