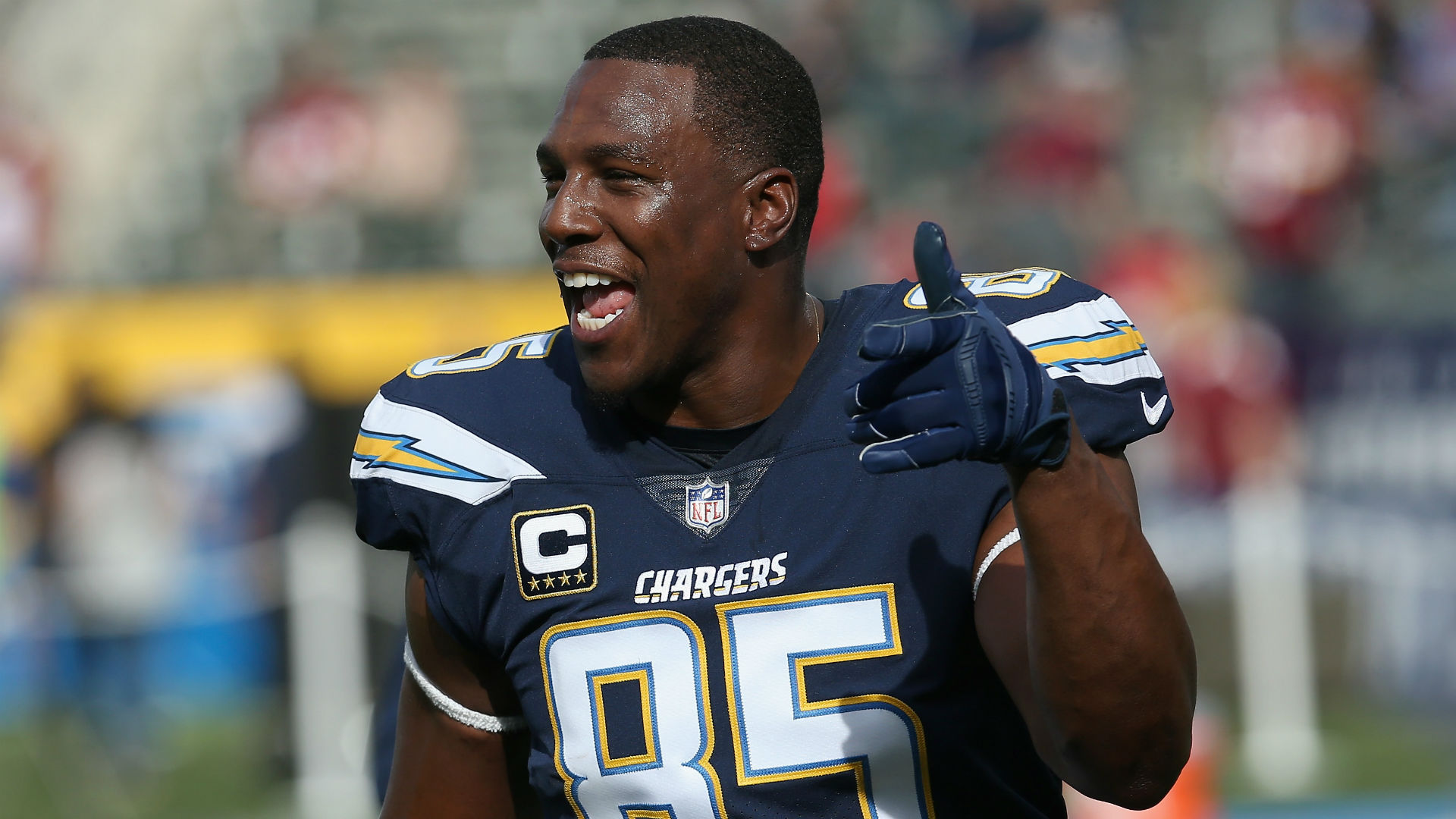 
Antonio Gates has officially announced his retirement from the NFL.

The tight end compiled a Hall of Fame resume in 16 seasons with the San Diego/Los Angeles Chargers franchise he joined as an undrafted free agent in 2003 following a workout.

A former basketball player who never played college football, Gates racked up 11,841 yards, with his 116 touchdowns the most by a tight end in NFL history.

Gates, who did not play in the 2019 season, was a three-time All-Pro and was named to the Pro Bowl eight times in a career that will likely see him inducted into the Hall of Fame.

"After 16 seasons in the NFL, 16 seasons as a Charger, eight Pro Bowl appearances and many records broken, I find it hard to officially put this statement out and retire from the game of football," a statement from Gates read.

"I never dreamed that I would play this game of football so long or how fortunate I would be to play it with just one organisation. I want to thank the Chargers organisation, Dean Spanos and the Spanos family, and the National Football League for the opportunity to live out a dream and play the game I love.

Antonio Gates calls it a career.

"And to the fans in San Diego, Los Angeles, across the country and around the world, thank you for your unwavering support all these years. There would be no NFL without you.

"While today I am officially retiring as a Charger, I am grateful that I will still be lending my services to the Chargers organisation - just now in a completely different capacity through the team's community engagement initiatives and public facing events.

"Thank you to everyone that helped me create memories that will last a lifetime, both on and off the field. Thank you to my agent, Tom Condon, and management team, Denise White and EAG, for helping me navigate this sport over the last 16 years.

"Thank you to my family for your love and support through the years, and a special thank you to my kids - I am hopeful to have left a legacy that you can be proud of, not just as a football player but also as a father.

"I'm looking forward to beginning the next chapter of my career and am grateful for the opportunity to be back around the team and our fans.

"Thank you to everyone who has been part of this remarkable journey with me. I can't wait to see what's next."