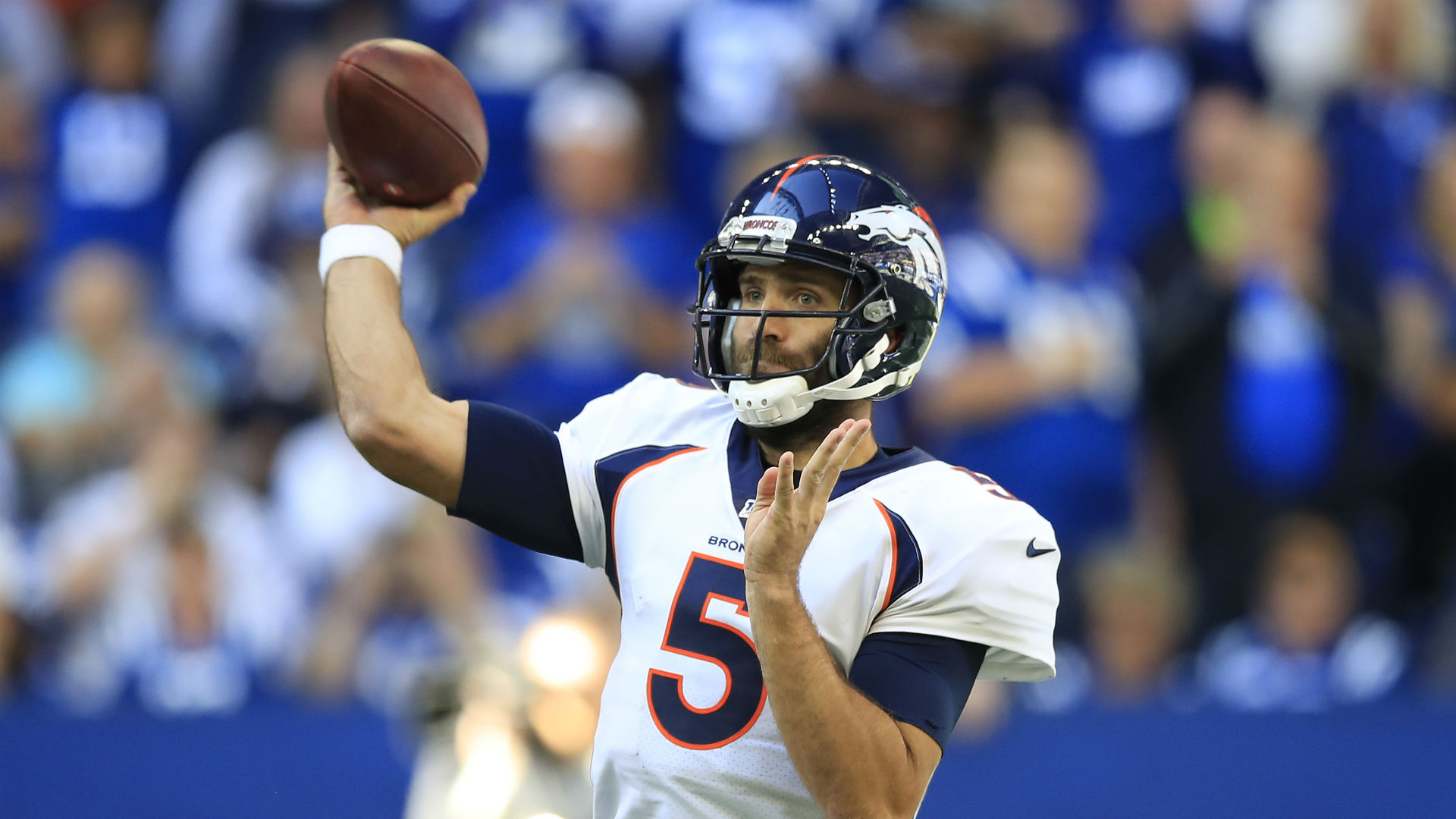 
The New York Jets have agreed a one-year contract with veteran quarterback Joe Flacco, who will likely become the back-up to Sam Darnold.

The deal, first reported by ESPN's Adam Schefter, has a base value of $1.5million but also includes up to $3m in incentives.

Flacco is still recovering from surgery to repair a neck injury that limited him to eight games last season, his only one with the Denver Broncos.

Flacco missed the last seven games of 2018 with the Baltimore Ravens after suffering torn ligaments in his left knee.

The 18th overall pick out of Delaware in 2008, Flacco did not make a Pro Bowl in his 11 seasons with the Ravens but made 15 postseason starts, guiding Baltimore to the 2012 title with one of the best playoff runs in league history.

Flacco threw multiple touchdown passes in each of the Ravens' four playoff games that season. He finished the postseason with a record-tying 11 touchdown passes and no interceptions for a 117.2 passer rating.

Flacco threw for 287 yards and three touchdowns in Super Bowl XLVII and was named the game's MVP as the Ravens defeated the San Francisco 49ers 34-31.