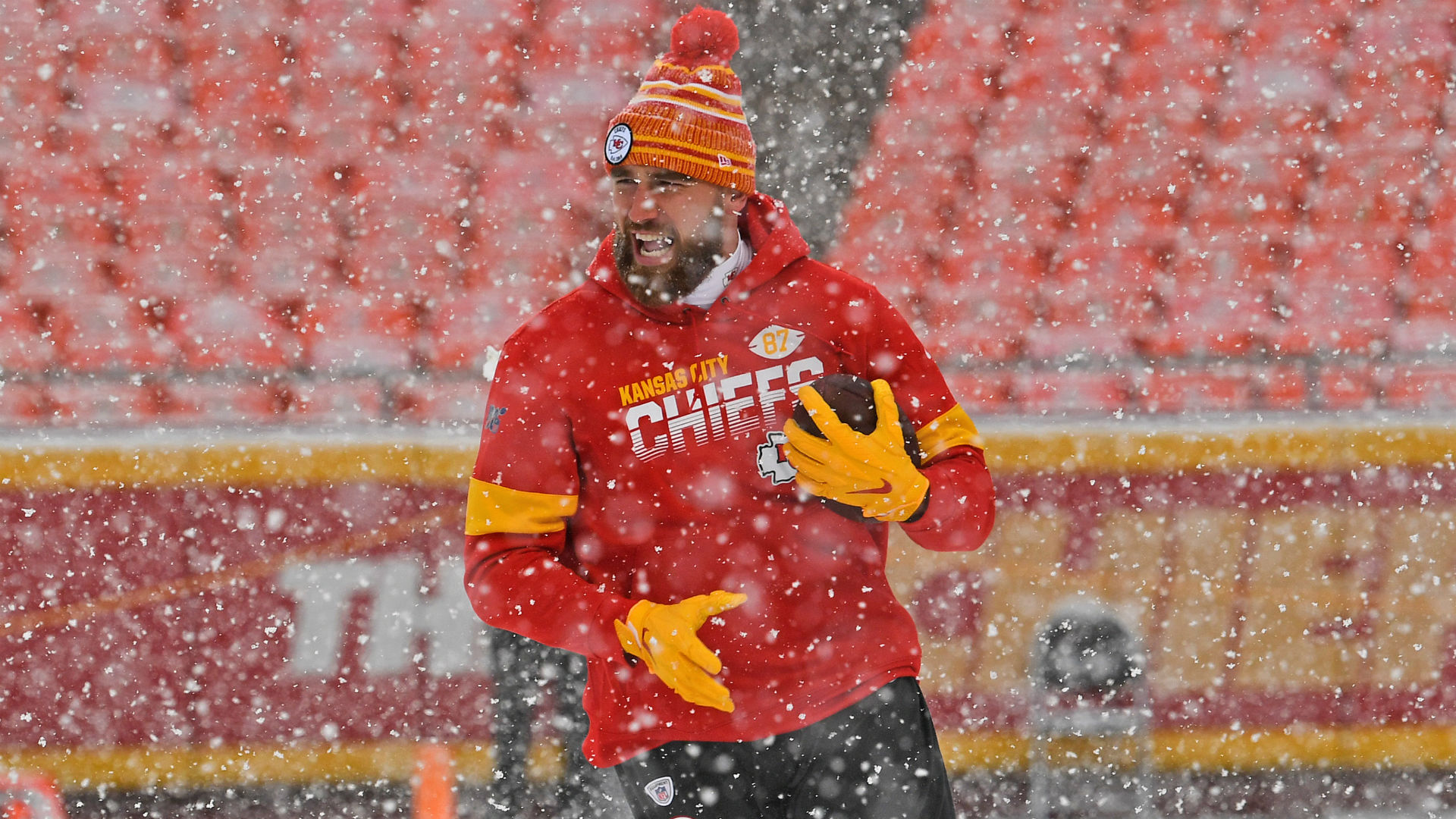 
Travis Kelce made NFL history in Week 15 as he reached 1,000 receiving yards for the fourth straight season.

The Kansas City Chiefs tight end made it to the milestone thanks to an 11-yard pass from quarterback Patrick Mahomes during the first half of Sunday's game against the Denver Broncos.

A third-round pick by the Chiefs in 2013, Kelce is the first player at his position to achieve four successive 1,000-yard campaigns.

However, moving the ball was not easy for either Kansas City or Denver at Arrowhead Stadium, with the divisional battle played out in the snow.

Yet rather than worry about the cold, the home players embraced the freezing conditions during warm-ups, with a video released on Twitter showing them engaging in a pre-game snowball fight.

Kansas City have certainly been hot this season; they went into the game having already clinched the AFC West.