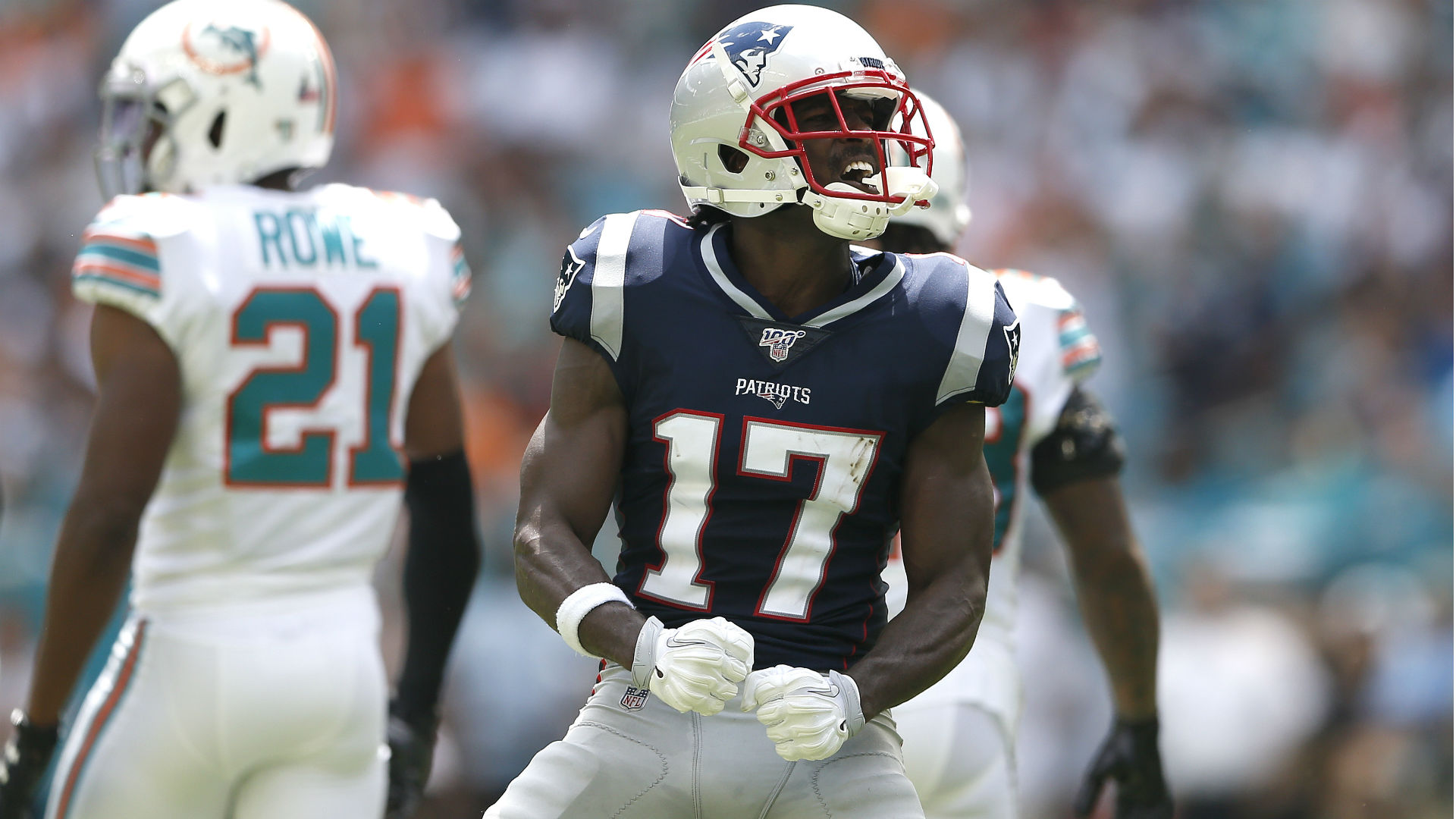 NFL news and notes: Brown reacts to Patriots release, Ramsey could get a big extension


With sexual assault allegations coming out against Antonio Brown, the New England Patriots made a big move on Friday.

We take a look at New England's decision to move on from the receiver in addition to injury updates from around the league.

The Patriots have decided to move on from wide receiver Brown. The team announced the move ahead of their Week 3 matchup against the New York Jets. Brown's release comes after multiple sexual assault allegations surfaced since he joined the Patriots less than two weeks ago. Brown has denied the allegations. He was released by the Oakland Raiders earlier this month after an offseason filled with drama.

"The New England Patriots are releasing Antonio Brown," the team said in a statement. "We appreciate the hard work of many people over the past 11 days, but we feel that it is best to move in a different direction at this time."

Brown played just one game in New England. Coach Bill Belichick was pressed with questions about Brown earlier in the day and was not willing to give any details on the receiver's status.

"I know there are questions about Antonio," Belichick said. "We take all the situations with our team very seriously. There are some things we're looking into, but I'm not going to have any comment on any off-the-field situations or questions on that. Anything about football, I'm happy to answer."

Brown was accused by his former trainer, Britney Taylor, of sexual assault and rape in a civil lawsuit, and a second unidentified woman has also made allegations of sexual misconduct against the receiver.

He has strongly denied the allegations through his attorney but avoided answering questions directly during Patriots media availabilities.

Cam Newton has been ruled out of the Carolina Panthers' Week 3 game against the Arizona Cardinals as he recovers from a foot injury, the team announced on Friday. Kyle Allen, a second-year quarterback who went undrafted in 2018, will start in Newton's place.

"He felt pretty good at the end of the week," coach Ron Rivera told reporters. "But we don't want another setback. We want to make sure he's ready to roll."

Newton re-aggravated a left foot sprain in Week 2 against the Tampa Bay Buccaneers and has not practised this week. He initially injured his foot during the preseason, forcing him to miss nearly a week of practice. The veteran was in a walking boot in the locker room on Thursday, but his prognosis beyond this week is not clear.

Philadelphia Eagles coach Doug Pederson announced that DeSean Jackson has been ruled out, which was somewhat expected, while he left the door open for Alshon Jeffery to play against the Detroit Lions.

"DeSean will be out of this game," Pederson said on Friday (via the team's official website), before adding, "I'm still optimistic" about Jeffery.

Both receivers suffered injuries against the Atlanta Falcons in Week 2, forcing them to leave Sunday's game in the first half without recording a catch. Jackson is dealing with an abdominal strain that initially was announced as a groin injury, while Jeffery is recovering from a calf strain.

Jaguars cornerback Jalen Ramsey made it clear he does not want to be in Jacksonville by requesting a trade – but are they willing to do whatever it takes to keep him? Ramsey could be offered a lucrative deal to entice him to stay, according to NFL Network.

Jaguars owner Shad Khan reportedly has had several meetings at the facility hoping to solve the issues, which might include giving Ramsey the long-term contract extension he wants, according to Yahoo Sports.

Speculation around Ramsey's future with Jacksonville came after he got into a heated exchange with coach Doug Marrone in Week 2 during a 13-12 loss to the Houston Texans.

Patriots quarterback Tom Brady clarified that he is "pro-ref" after downplaying a couple of tweets he shared on Thursday during the Jaguars-Tennessee Titans game. He took to social media to call out the number of penalties in the game, writing: "I'm turning off this game I can't watch these ridiculous penalties anymore ... Too many penalties. Just let us play!!!!"

Too many penalties. Just let us play!!!! #TENvsJAC

On Friday, he downplayed his comments, saying he was not criticising the officials.

One video you have to see

Calvin Johnson opened up about his nine-year career with the Lions, and accused the team of making him change his story about suffering a concussion. The Lions issued a statement on Friday, defending the team's medical staff and treatment of player injuries.

"I knew I was concussed because I blacked out," Johnson told Sports Illustrated. "I wasn't seeing straight. And they wanted me to change my story."

Calvin Johnson will be the first to tell you his retirement from the Lions wasn't as happy an ending. Find out what else he had to say about his former team on @watch_SITV: https://t.co/eCGiHL7ZbM pic.twitter.com/w0ErkKPcri

Brown sent a message before the Patriots announced they cut him.

Thank you for the opportunity @Patriots #GoWinIt