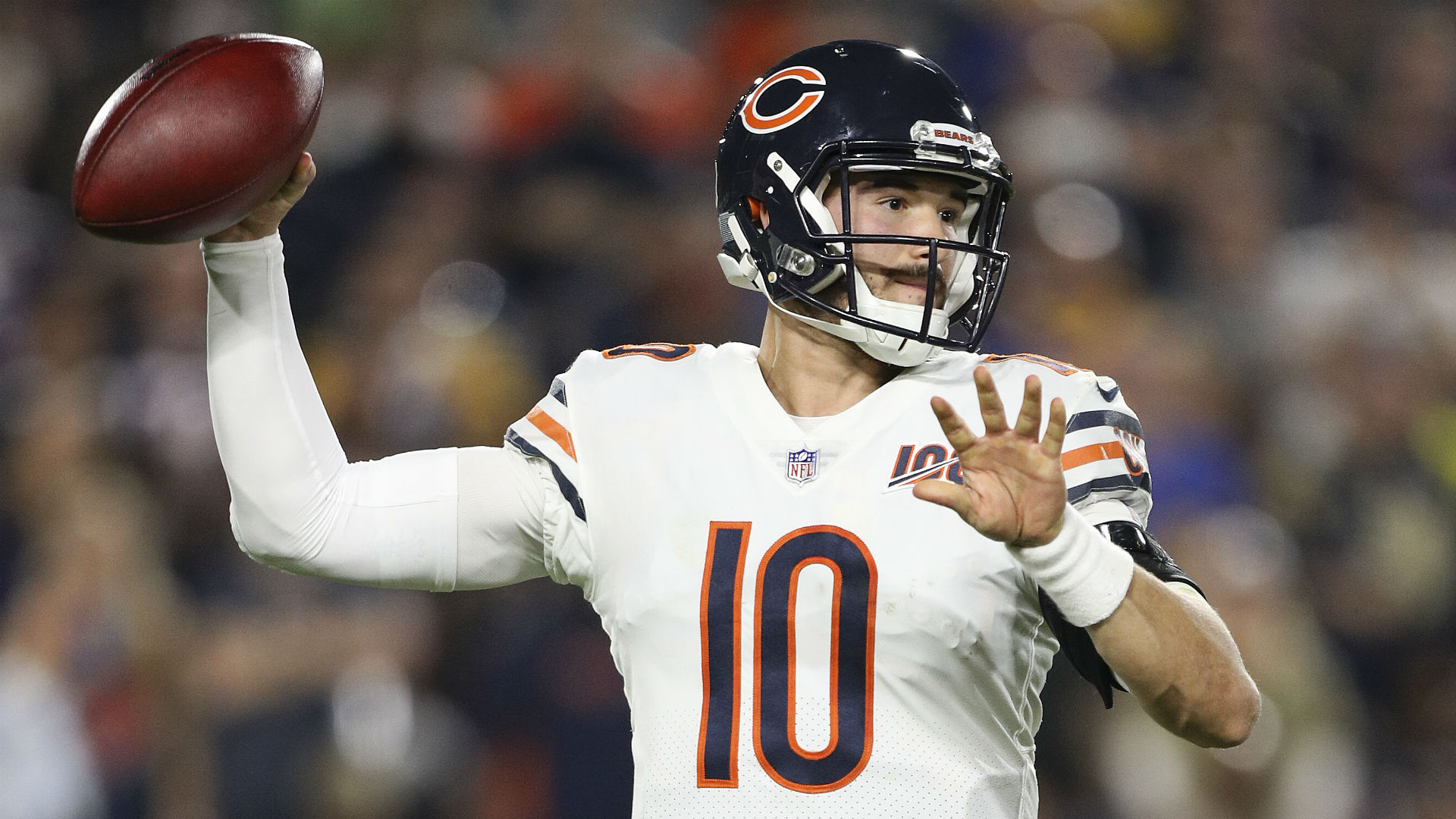 
Matt Nagy says Mitchell Trubisky remains the Chicago Bears' first-choice quarterback and is optimistic he will be fit to face the New York Giants on Sunday.

The struggling Trubisky was replaced by Chase Daniel late in a 17-7 defeat to the Los Angeles Rams on Monday after suffering a hip injury.

Trubisky has been listed day-to-day, but is expected to recover in time to take on the Giants at Soldier Field this weekend.

Coach Nagy says the Bears have full faith in the 25-year-old signal-caller.

"We want him out there to be our starter and to be playing," Nagy said of Trubisky.

"So how do we get him to that point? We're going to do everything we can so he is the starter."

He added: "Really for us, where we're at, we need to see where he's at, where our offense is at and continue to just keep rolling,

"I just don't like -- these types of injuries, you get to a point where they are literally day-to-day and it becomes about where you're at with the pain and how we manage that.

"I want to be able to tell you he's going to go out there, he's going to have a great practice and we're going to be ready to start him this weekend. That's what I want."

Trubisky gave a positive update over his condition on Wednesday.